When animated comedy Over the Hedge wanted to emblemise modern fast-food culture, it chose “the chip”. Granted, the chip in that instance was a corn chip, but a major plot device of the film is the protagonist’s obsession with a particular brand of potato chip.

The origin of the potato chip reads like an urban legend: a fussy diner, an exasperated chef, and a bushel of potatoes. But the story is, in fact, true. To an extent.

It is well attested that in 1853, magnate Cornelius Vanderbilt was dining at Moon’s Lake House in the New York resort town of Saratoga Springs. Served some fried potatoes, Vanderbilt ordered them sent back to the kitchen because they were too thick. Chef George Crum, miffed by the snooty magnate’s fussiness, shaved some potatoes as thinly as he could and fried them to a crisp, as a prank.

As it happened, Vanderbilt was delighted. And the potato chip was born.

Crum’s “Saratoga Chips” became a hit. By 1860, Crum opened his own restaurant, known as Crum’s House or Crum’s Place, where potato chips were the house signature. By 1889, the New York Herald was calling him “the best cook in America”, while American Heritage magazine dubbed him “the Edison of grease”.

In fact, Crum was not the first or sole inventor of the chip. The earliest known recipe dates to 1817, and a cookbook published by English doctor William Kitchiner. The Cook’s Oracle included a recipe for “potatoes fried in slices or shavings”.

In Saratoga Springs itself, four years before the famous Vanderbilt incident, the New York Herald reported on a cook known to posterity only as “Eliza”, whose “potato frying reputation” had become “one of the prominent matters of remark at Saratoga”.

Still, it is generally agreed that Crum and his “Saratoga Chips” made the potato chip famous.

But it took other entrepreneurs to turn the chip into the all-conquering snack that it is today.

For a long time, chips were solely a restaurant dish. But in 1895, William Tapenden of Ohio began delivering chips in barrels to local markets. (Not coincidentally, perhaps, Columbus, Ohio, is today “the fast-food capital of the world.)

But it was a California businesswoman and, allegedly, a mobster, who would separately make the innovations that made chips ubiquitous in bars, at birthday parties and as late-night comfort food.

In 1926, Laura Scudder began packaging chips in wax-paper bags, touting them as “the Noisiest Chips in the World” — a boast that has become the curse of movie-goers. The following year, a Chicago chef and former prizefighter name Leonard Japp created the true modern chip by frying them in oil rather than lard. Japp also began mass-producing potato chips for, according to legend, Al Capone. Capone had discovered chips on a visit to their ancestral home, Saratoga Springs, and rightly concluded that they would be a hit with his speak-easy customers.

Something to chew on, the next time you order a bag of Bluebird snacks to go with your pint of Lion Red. 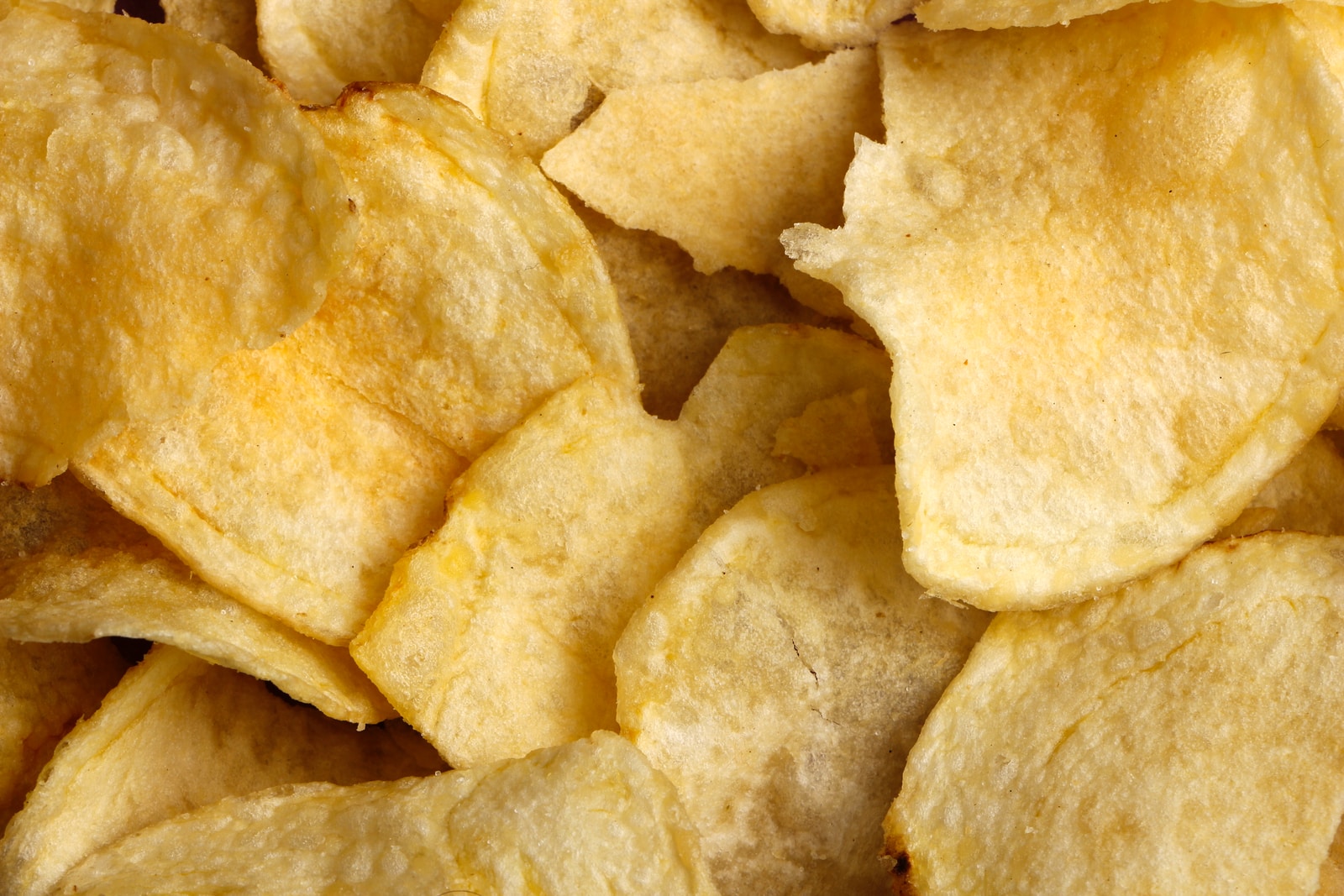