Predictable and tragic as it is, German government data indicates serious injury in 1:5000 doses from the novel experimental synthetic gene injection. And it becomes increasingly clear that a novel experimental injection of this nature would never have made out it out of the blocks had it been properly and exhaustively tested over even a reasonable modicum of time beyond the 2 months data cut-off of the initial Pfizer trial.

Withdrawal long ago on grounds of unsafe and ineffective, as indeed it should have been after the publication of the Cumulative Analysis of Post-Authorization Adverse Event Reports of PF-07302048 (BNT162B2) received through 28-FEB-2021 with its Appendix of 9 pages and over 1000 clinical conditions described as List of Adverse Events of Special Interest, a ‘safety signal’ by the reckoning of the many affected.

The big thing appearing here is that it is more than likely that the German data for injection injury value is under-reported by a factor of at least x10 ~ see the below about Passive Reporting Systems.

Try as it may, the cyclopian New Zealand media and government are not stifling this story even with the banal and routine censorship of any counter-narrative, namely, their mis/dis/mal information crusade to suppress any disagreement with injection narrative.

PEI refers to the Paul-Ehrlich-Institut, the German Federal Institute for Vaccines and Biomedicines and is analogous to the US VAERS, UK ‘Yellow Card’ and the NZ Carm passive reporting systems.

“…according to @PEI_Germany, the reporting rate for serious reactions is 0.2 reports per 1,000 vaccine doses.”

The above report writes:

…the German medicines regulator, the PEI, runs an active vaccine safety monitoring app called SafeVac 2.0. The data from this monitoring app were included in a Europe-wide report on vaccine safety published last month and showed that 0.3% of vaccine recipients in Germany reported at least one serious adverse reaction to the first dose of the vaccine.

The article goes on to write:

The article above appears to make an error in comparing 0.02% reaction-dose with 0.3% adverse event-recipient. Nonetheless, the point remains well made. A very significant number of injection injuries is occurring that are under-reported. While death remains a moot subject having not yet gained meaningful official recognition it is nonetheless emerging in the evidence of excess death data. The case/hospitalisation/death data has been so irrevocably skewered by limitations, it is now meaningless nonsense.

German excess death data has been highlighted before and has demonstrated a coherent relationship between the rate of injection, and the higher rate of excess mortality (Steyer and Kappler Nov 2021). Prof. Dr. Harald Matthes reported in his German study that 0.8% of recipients sustained a serious adverse event.

Prof. Dr Matthes is reported stating, “In view of around half a million cases with serious side effects after Covid vaccinations in Germany, we doctors have to take action,”

The Deafening Silence In New Zealand

It is a tragedy that most doctors in New Zealand are meekly silent in the face of the global (and local) anecdote and evidence.

When one is actively engaged and running a public health experiment it is manifestly and ethically incumbent upon the investigators to demonstrate at the level of a legal balance of evidence (since the injections have been turned into a routine public health intervention) that their interventions are categorically NOT responsible for adverse events and death.

At this juncture, ‘investigators’ run the risk of being mistaken for ‘perpetrators’ particularly when the enduring consequences of their BigPharma peddled intervention are a country mile from desirable. See the published literature, here and here, for example, or the 1300 publications and case reports of adverse effects, harms and deaths after Pfizer/Moderna and adenoviral vector injections, here.

Passive reporting systems are recognised to systematically under-report by very significant factors ranging from x10 to x100. The reasons for under-reporting are well identified and discussed in the original Harvard Pilgrim Health Care, Inc. study of Lazarus & Klompas et al. who stated in 2011,

Likewise, fewer than 1% of vaccine adverse events are reported. Low reporting rates preclude or slow the identification of “problem” drugs and vaccines that endanger public health. New surveillance methods for drug and vaccine adverse effects are needed. Barriers to reporting include a lack of clinician awareness, uncertainty about when and what to report, as well as the burdens of reporting: reporting is not part of clinicians’ usual workflow, takes time, and is duplicative.

What of New Zealand then?

The New Zealand government was forced to suddenly amend the Medicines Act post hoc in a graphic demonstration of their ill-founded haste. The amendment removed the limitation of a small number of people that could be treated with a ‘new medicine’. In doing so they turned a largely unknown novel synthetic gene product into a public health measure beholden to the desire and opinion of the Minister, without restriction.

The bizarre thing is that the New Zealand government had already signed on the dotted line with Pfizer to deliver 1.5 million injections months earlier, while incomprehensibly and simultaneously signing off on the removal of all liability from Pfizer, Pfizer NZ and Germany’s BioNTech, and all their corporate associates. Finance Minister Grant Robertson literally ran out of ink in late 2020 as he signed the New Zealand tax payer up to a double hit. He also left his hapless colleague Health Minister Little to dance a political jig to excise an inconvenient and established wisdom embodied in the Medicine Act later on in March 2021.

In New Zealand, according to Ministry of Health data, (31/07/22) around 4,030,000 people have been injected with a cumulative total of 11,066,544 doses (a mean of 2.75 doses per person injected). The full regime of NZ shots is 1st, 2nd, 3rd primary, booster (4th). The New Zealand government has purchased 6 shots, so to the devotees, you may be thrilled to learn there are still two more free shots to come.

1:5000 doses (passive reported German data) would equate to around 2,213 people who sustained serious adverse events in New Zealand. It is considered that this is under-reported by a factor of at least x10, implying that 22,130 people have been seriously hurt. On the other hand, if we take the data of Prof. Dr. Harald Matthes, namely that 0.8% of recipients have experienced a serious adverse event, then 32,240 New Zealanders have experienced a serious adverse event. So, the number of people seriously affected in New Zealand by Pfizer injections probably lies (at this juncture) somewhere in the 20,000 to 30,000 vicinity. As for death, the data is unquestionably emerging in excess deaths.

As the numbered of injection injured continue to escalate to the level of a tsunami, at which point ‘baffled’ must surely be an inconvenient truth to the RACGP, it appears ever more obvious that excess death and miscarriage are frequent occurrences. In the case of the latter, an Australian obstetrician and gynacologist, Dr Luke McLinden who recently lost his job at Mater Hospital in Brisbane where he was vaxx mandated, was in the process of conducting a study on miscarriages. He stated:

“You can say that amongst high risk pregnancy after vaccines started 19 of 38 had a miscarriage (50%) vs around 14% pre vaccine (40 people from memory). There appears to be a relationship with the proximity of vaccination to conception that may elevate the risk further to around 74% but this data is preliminary and is in process of being published.

It will be fascinating to see whether he will be able to have his study formally published. The media and mandating governments are doing everything in their power to occlude the emergence of information of this nature.

UK Reports and Comments On The German Data

Dr Clare Craig, former NHS diagnostic pathologist discusses the German data with Mark Steyn of GB News. It is now being suggested by Dr Craig that the authorities appear to be incrementally re-positioning themselves in the light of the emergent data. They are not in New Zealand.

She commented that in addition to the formal adverse events reporting system the German authorities also conducted huge population surveys actively seeking injection outcomes in half a million people. Data regarding Pfizer/Moderna injections suggested 1:500 had a serious adverse event, while in the case of Astra Zeneca the number was 1:142.

Mark Steyn pointed out that the authorities across the world must also know about these data. Dr Craig replied by suggesting that they fixedly rely on effectiveness modelling and on deciding that the number of deaths per case in the injected is less than the uninjected. She suggested they needed to step back and take a wider perspective. She discussed Israel and Palestine who differ markedly in their injection numbers.

In reality, Dr Craig says, the COVID death gradient continues unaffected by [demonstrably] ineffective jabs [that neither prevent transmission or infection and cumulatively, make sickness worse, and more severe ~ MM]. Now that a fourth shot, second booster is being promoted in New Zealand, the death metric appears to be visibly escalating with a rise in the number of excess deaths, shown in Dr John Gibson’s analysis.

This observation adds evidence to the findings of Kyle Beattie in Alberta who wrote, “The statistically significant and overwhelmingly positive causal impact after vaccine deployment on the dependent variables total deaths and total cases per million should be highly worrisome for policy makers. They indicate a marked increase in both COVID-19 related cases and death due directly to a vaccine deployment that was originally sold to the public as the “key to gain back our freedoms.”

Data regarding the rate of serious adverse events and numbers of excess death continue to grow, together with the cumulative published and anecdotal evidence that provides an unquestionable and increasing elucidation of the underlying pathophysiological mechanisms induced by an experimental novel synthetic gene and lipid nanoparticle injection.

I have written elsewhere that it would seem reasonable to suggest that within a relatively short space of time, few degrees of separation will come to exist between an injured or dead injection recipient and anyone else. That is clearly the awful way we are headed. 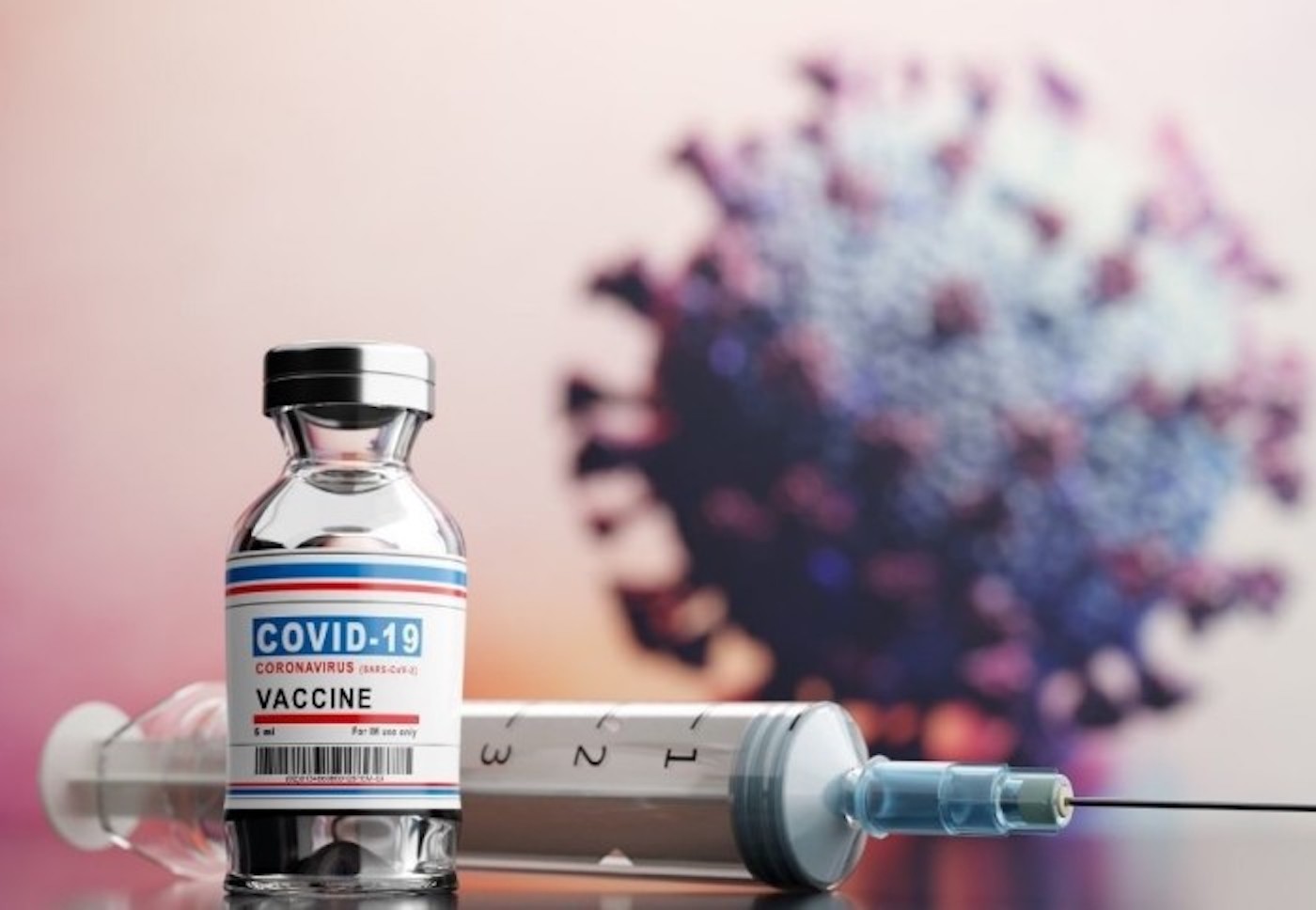