The BFD | Media news | News Zealand | views
More
Home Climate change So, You Think a Vegan Diet Will Save the Planet? Think AGAIN 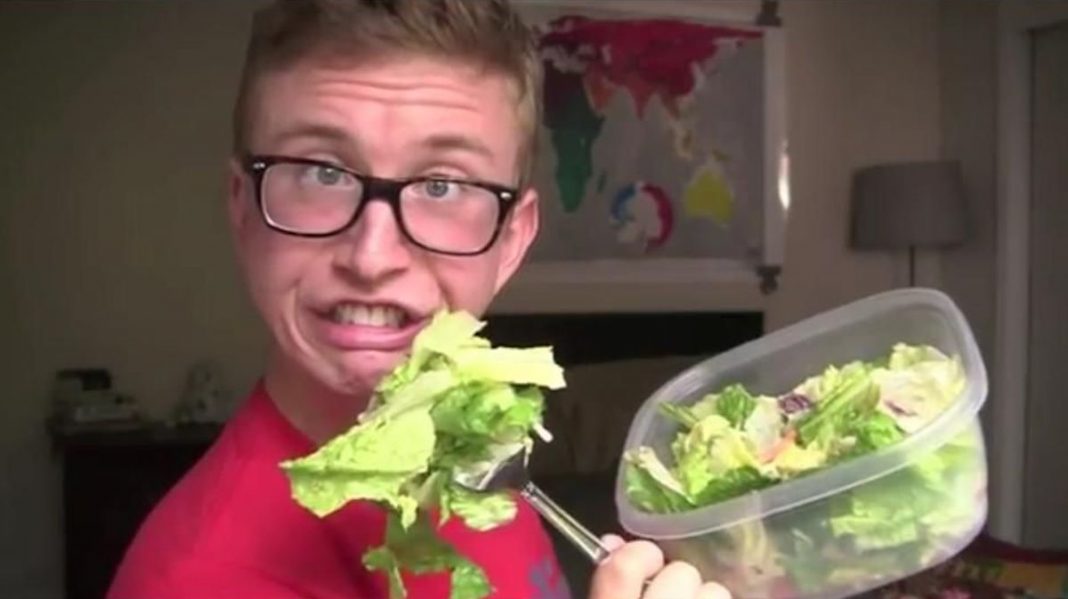 We are seeing a great deal of debate at the moment over brain-washing of students with a climate alarmism curriculum. Chief among the proposals is to have students adopt a vegan diet, all to save the planet. Meat-eating is said to contribute a horrendous negative amount to the perils of climate change.

The vegan nasties have ramped up their pressure, raiding supermarkets and harassing and haranguing meat-eaters. But it seems the science isn’t with either the vegans or the climate alarmists.

He estimates that someone getting their minimum essential amino acid requirements from plant-based foods excrete more climate-damaging material than the same person getting them from animal products.

“The extra nitrous oxides from a vegan’s diet are equivalent to the emissions associated with two return journeys annually from New Zealand to London”.

Oh dear, vegan farts and burps are very bad for the environment.

This is because of its low content of essential amino acids. A combination of amino acids is needed in order to maintain muscle and the immune system; if there is a limiting amino acid then other amino acids (and the nitrogen they contain) will be wasted.

Further problems are associated with the measures that plants have evolved to prevent predation. These are termed “antinutritional factors” – the nutrients appear to be present but can’t be accessed by the digestive system.

In order to overcome this, humans apply treatments such as soaking, heating, acidification, or pulverisation. Treatment takes time and energy, which increases the greenhouse gases associated with the food.

Stick that in your hemp bong and smoke it.

Soybeans are the only staple crop also considered a protein crop. Soy ranks sixth for provision of calories globally, and soybeans are approximately 36 per cent protein when dry. After soaking overnight and cooking for a couple of hours, the protein is 17 per cent.

But soy’s high concentrations of antinutritional components mean that only a portion of the soybean protein is digested; the estimate is approximately 73 per cent, in comparison with 80-100 per cent from animal proteins.

Furthermore, the antinutritional factors delay the digestion of soy and other proteins in the diet. Other legumes have considerably lower protein quality and are generally less than 60 per cent digestible.

And on top of that soy is high in phytoestrogen, or a plant-based estrogen, which if consumed in large quantities turns you into an effete half-man with the constitution of a wilted pansy otherwise known as soy-boys.

In contrast, most of the protein in meat, egg and dairy is digested in the first part of the small intestine, which enhances rate of absorption. Processing animal products is easier too: beef is 26-34 per cent protein, and cooking takes five minutes (depending on the taste of the consumer).

Meat, delicious and climate-friendly too.

There is another problem with plants, even before food reaches the human mouth: wastage. Food that is suitable for humans to eat is also suitable for other consumers – termed pests.

Whether the pests have legs (mammals, reptiles, birds, insects), no legs (nematodes, slugs, snails), or are fungi, bacteria or viruses, they destroy plants and stored plant products.

Glasshouses or vertical farms mitigate against predation but are not practicable for staple crops such as maize, rice and wheat (the top three global staple crops). Nor are they suitable for potatoes, cassava or soybeans (the next three).

In fact, glasshouses and vertical farming are suitable only for relatively high-value crops, which provide vitamins and variety but not carbohydrates or proteins.

Technological developments might change this in the future, as might the price that people are prepared to pay, but in the meantime the bulk of crops are grown outdoors and protected by the farmer with nets and sprays.

This protection is only partially successful.

Veganism seems very wasteful. But wait, it gets way worse:

In the developed world wastage occurs at and after harvesting. In the UK, up to 30 per cent of vegetable crops aren’t harvested at all because they do not meet exacting market standards for appearance.

Harvesting itself leaves much material in the field – over 80 per cent of broccoli, 6 per cent of wheat, 50 per cent of pineapple. More is lost in storage.

Of the produce that does reach the supermarket, promotions encourage customers to purchase excess, which, in the case of perishable foodstuffs, inevitably generates wastage in the home. ImechE estimates that between 30 per cent and 50 per cent of what has been bought in developed countries is thrown away by the purchaser.

Therefore, an unintended consequence of moving to a plant-based diet is increased waste including all the resources that went into the wasted food.

This includes the nutrients, water and fossil fuels, and the land area that has produced waste, not food.

Don’t expect vegans to take this information well as they have enfeebled their minds with their plant-based diet.

So, you can stick your fake meat patties where the sun doesn’t shine. You know vegans are stupid because they keep trying to make vegetables look like meat. There should be consumer laws that prevent companies from calling plant-based foods meat.

Finally, if are still convinced that your plant-based existence is still warranted, then consider this video and sit crying into your soy latte at your hypocrisy: