During the 1960s there sprang up what was known as “Swinging London”; it was the city to be in: for the pop stars, the fashion, and a sense of freedom. The ‘Jet Set’ always put London high on their list of places to visit. Also worth noting is that during a period of toxic socialism the various industries which became major export earners for Britain during the 1960s were all created by clever, talented people and largely unregulated.

One of the things history associates with ‘Swinging London’ was the perception that huge numbers of people were having sex with multiple partners. In June 1970 a General Election was held in Britain and, in a rather amusing irony ‘Swinging London’-wise, the people elected as their Prime Minister: a virgin! During the week of the 1970 UK General Election the number 1 song on the pop charts was Yellow River by Christie, a catchy wee song about a veteran returning home after the US civil war.

For the first time since the Ardern government came to power I watched Question Time in Parliament on Tuesday and Wednesday. After the utter shambles on Tuesday (where Mallard kept forgetting which actual question was being asked),there was only a slight improvement on Wednesday however, I have reached the conclusion that David Parker looks like a shattered, broken man – reminiscent of the chap in the Yellow River song haunted by cannon fire and just glad to still be alive.

I last saw him on TV a few weeks ago and the change is remarkable. He appears to have aged considerably (he looks about 108) and his answers to questions were zombie-like. One can only conclude that he is wondering how on earth, after 20 years in Parliament, things are so bad, so incompetent, so utterly insupportable that he cannot even give away free money without stuffing it up.

A handout to 2 million people was meant to be a bribe to boost the popularity of the Labour Government but it’s turned into a disaster of gigantic proportions where even media people on the payroll cannot help but make fun of it.

Add to that, vast numbers of people are shocked that Pommy backpackers, French chefs, and their old school friend who headed to London in 1977 and never returned, all received the payment whilst their next door neighbour did not.

Others – O’Connor, Nash – on the right wing (for lack of a better term) of the Labour party, who went along with nonsense they knew was wrong in order to enjoy Ministerial office, are now uneasy. It has not only turned to custard (rather predictably) but they are powerless to stop the lunatics and savages (who have long since stormed the castle) from destroying the paintings and works of art.

David Parker, therefore, has good reason to look like a broken man. He has good reason to feel responsible for allowing a long list of things that are simply wrong to happen because he and his friends were too weak to prevent it.

Everything from ‘cancel culture’ to a nightmare deficit, to racism, to social discord, is happening because “good men [did] nothing” beyond giving (ignored) the Attorney-General’s legal opinions.

The difference between now and, say, a year ago – or even three years ago over that business in Mangere – is that he is now unable to hide his feelings. He can no longer pretend. 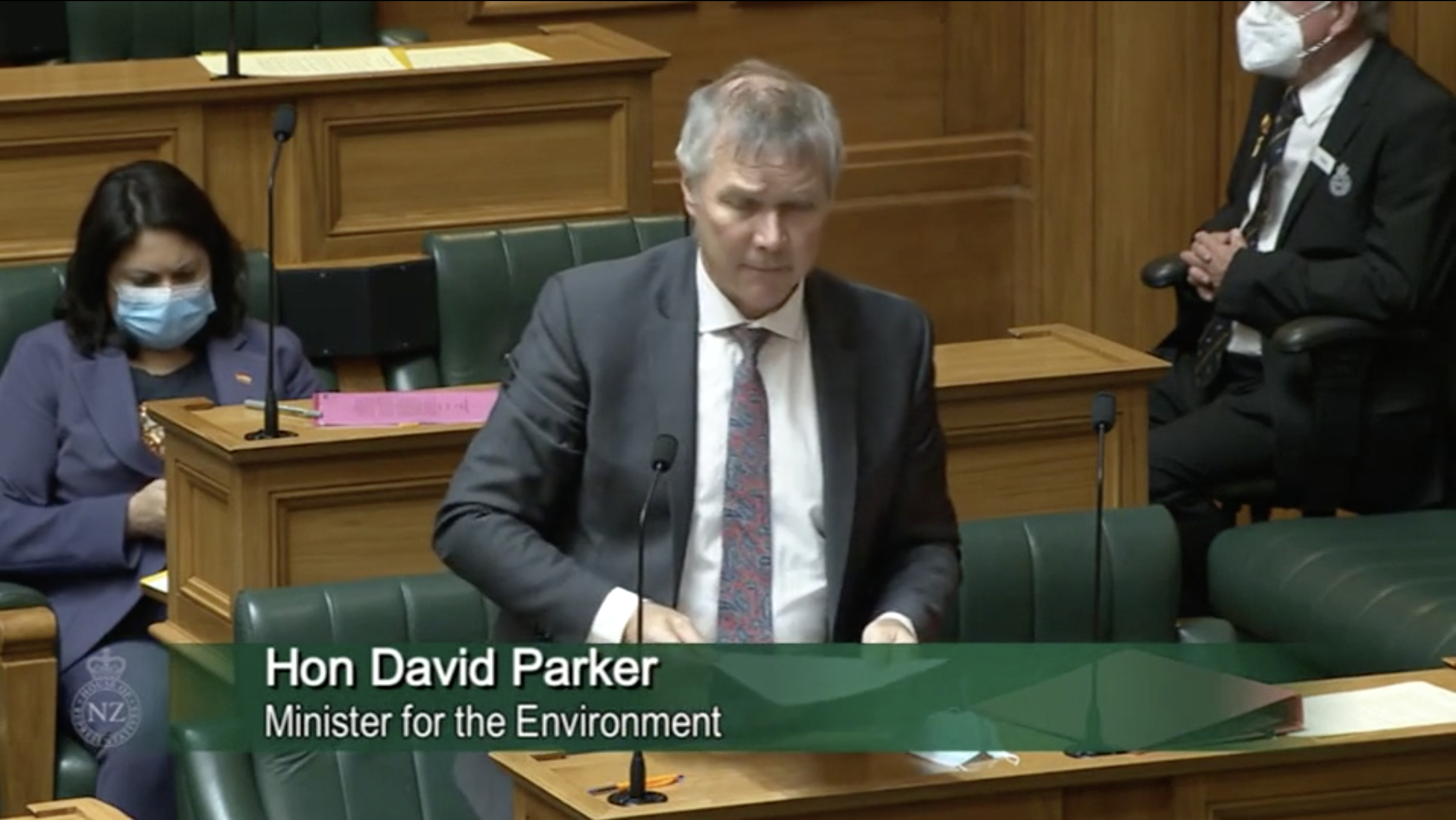