The New Zealand government relies upon a science body known as Te Punaha Matatini (Centre for Science in Society) whose work is funded directly by the office of the Prime Minister and cabinet.

This 21 page document, represented to the public as a scientific paper, contains not a single discussion of the scientific concerns being raised in opposition to government pandemic policy.

It omits for example analyses of the government’s own official figures which show that the vaccinated are more vulnerable to infection, hospitalisation, and death than the unvaccinated, a fact that has been deliberately hidden from the public.

“One day it will be our job to try and understand how a group of people could succumb to such wild and dangerous mis- and disinformation. And while many of us have seen that disinformation and dismissed it as conspiracy theory, a small portion of our society have not only believed it, they have acted upon it in an extreme and violent way that cannot stand. We have a difficult journey in front of us to address the underlying cause.”

I am tempted to think that Ardern could just as well be talking about her own government. The Prime Minister and the social scientists(??) working at Te Punaha Matatini might do well to read the New York Times, (although they probably don’t do so because the official policy of the New Zealand government is to discourage any information that is not sanctioned and edited by themselves).

“Emergent BioSolutions, a longtime government contractor hired to produce hundreds of millions of coronavirus vaccine doses, hid evidence of quality control problems from Food and Drug Administration inspectors in February 2021 — six weeks before it alerted federal officials that 15 million doses had been contaminated.”

A reasonable observer might conclude that early (and later) concerns being voiced about vaccine safety were justified, but the New Zealand government is far from reasonable.

A succession of scientific papers published in reputable journals during recent weeks (which we and many others have reported extensively and communicated directly to the government) have in fact fully justified concerns about safety and efficacy, but unbelievably our government is in denial and still moving ahead with propaganda advertising of their mRNA vaccination agenda for all ages and, as Wednesday’s Te Punaha Matatini report shows, labelling any opposition as a conspiracy with violent aims.

How Did the Transformation of the NZ Government Come About?

New Zealand has a small population of 5 million, but it has been used to trial new products in order to gauge what the public reaction and acceptance might be in bigger markets overseas.

Never more so than during the pandemic. Take up of the Pfizer mRNA Covid vaccination has reached up to 95% of the eligible population.

This has been achieved through a transformation in the style of government, media control, science funding, intellectual standards, and international relations unprecedented in the western world, along with the coercion of draconian employment mandates and the pursuit of dissenters through compliant courts.

This has been engineered under the leadership of a person with a bachelor’s degree in communication who grew up in a strict rural Mormon household and cut her political teeth under the Blair administration in London.

Her international perspective is one of unquestioning acceptance of the authority and right to rule of global institutions. Her top confidant and mentor Helen Clark, former NZ Labour Prime Minister, is closely associated with this outlook. Ardern recounts that she begins her day with a discussion with Clark over breakfast.

Like Ardern, Clark is renowned for her iron fist management style. She ruffled feathers at the United Nations Development Programme, which she led from 2009 to 2017, reportedly undermining human rights and supporting China’s Belt and Road initiative.

On 9th July 2020 the World Health Organization (WHO) appointed Clark as co-chair of a panel reviewing the WHO’s handling of the COVID-19 pandemic and the response of governments to the outbreak. The Independent Panel for Pandemic Preparedness and Response (IPPR) examined how the outbreak occurred and how future pandemics can be prevented.

Nothing says more about the overt global agenda of Ardern and Clark than this May 11th 2022 statement of the New Zealand government:

Like China, New Zealand’s fading international reputation for successful management of the pandemic was actually built on a single policy—control the borders, restrict entry, and impose lengthy quarantine.

The Current Situation in New Zealand is Deeply Concerning

Ardern controls the media and the science dialogue through a mixture of government funding and the exclusion of dissent. The government has spent big on saturation advertising advising complete safety and efficacy of the Pfizer vaccine and continues to do so.

It has instituted funding of cultural groups, GPs, and commercial organisations that promote vaccination. The level of funding is so generous that it has distorted prior long-standing economic and political relationships.

So far the government has spent in the order of 100 billion dollars on the pandemic in addition to normal expenditure. To put this in stark perspective, that is equal to the total annual government budget prior to the pandemic—more than $20,000 for every man, woman, and child. This is borrowed money which will have to be repaid through increased taxation of an already struggling population.

We Have No Constitution in New Zealand, the Power of the Government Is Absolute.

The control that Ardern’s government exercises over the courts, government agencies, parliament, media, independent regulators, and over the vast majority of the population is staggering and rigidly enforced. Dissenting medical professionals are excluded from practising and in some cases prosecuted also. They are also mercilessly hounded and vilified by bought mainstream media.

In an atmosphere of strict government control, more worrying aspects of information control have emerged. In some cases noted by my scientific colleagues, policy and pronouncements that they have demonstrated are in conflict with published research have disappeared from the public record.

Even rare court rulings in favour of caution have been rapidly bypassed by simply passing new laws without debate. Court rulings about mandates have also been openly flouted, as happened when the military vaccine mandate was ruled illegal. With the support of the government, the military said the courts had no jurisdiction over its operation and went ahead anyway.

Ardern has introduced her policies in such a dedicated, persuasive, secretive, and complete way that almost the whole population of New Zealand has complied. They have accepted limitations on medical choice, judicial protections, human rights, press freedom, freedom of information, privacy, employment conditions and opportunities, standard of living, and social interaction.

Ardern’s successful efforts to persuade the population that government should be your only source of truth, have all but negated any of the longstanding mechanisms of government accountability. A majority of the population has all but concurred with Ardern that the unvaccinated may be safely blamed for every government failing and omission; and for all Covid case loads, hospitalisations, and deaths contrary to all evidence.

The opposition parties have apparently accepted that they will in future go about their business using the same Ardern doctrines and techniques. Accordingly, they have failed to sound the alarm, investigate Covid science publishing deeply, or oppose draconian legislation. They have joined Ardern in labelling peaceful protest as unacceptable and illegal.

Ardern on the Global Stage

Ardern is about to deploy her international political capital to promote the globalisation of her policies and outlook. Her public persona can be deceptively mesmerising. You should be worried.

The world’s economy also has no constitution. So far Ardern appears to be happy to allow it to be controlled by global economic predators. Pfizer has been uncritically promoted by her, and the notion of WHO control over New Zealand’s sovereign rights is being welcomed with open arms. It fits with her strict hierarchical perspective.

Ardern may be viewed by naive foreign governments as a pandemic success story unfairly criticised in her own country. Stop for a moment and consider that she is about to lend her support to the promotion of a new world order on the global stage using her trademark persuasive techniques of propaganda, coercion, and control of information. 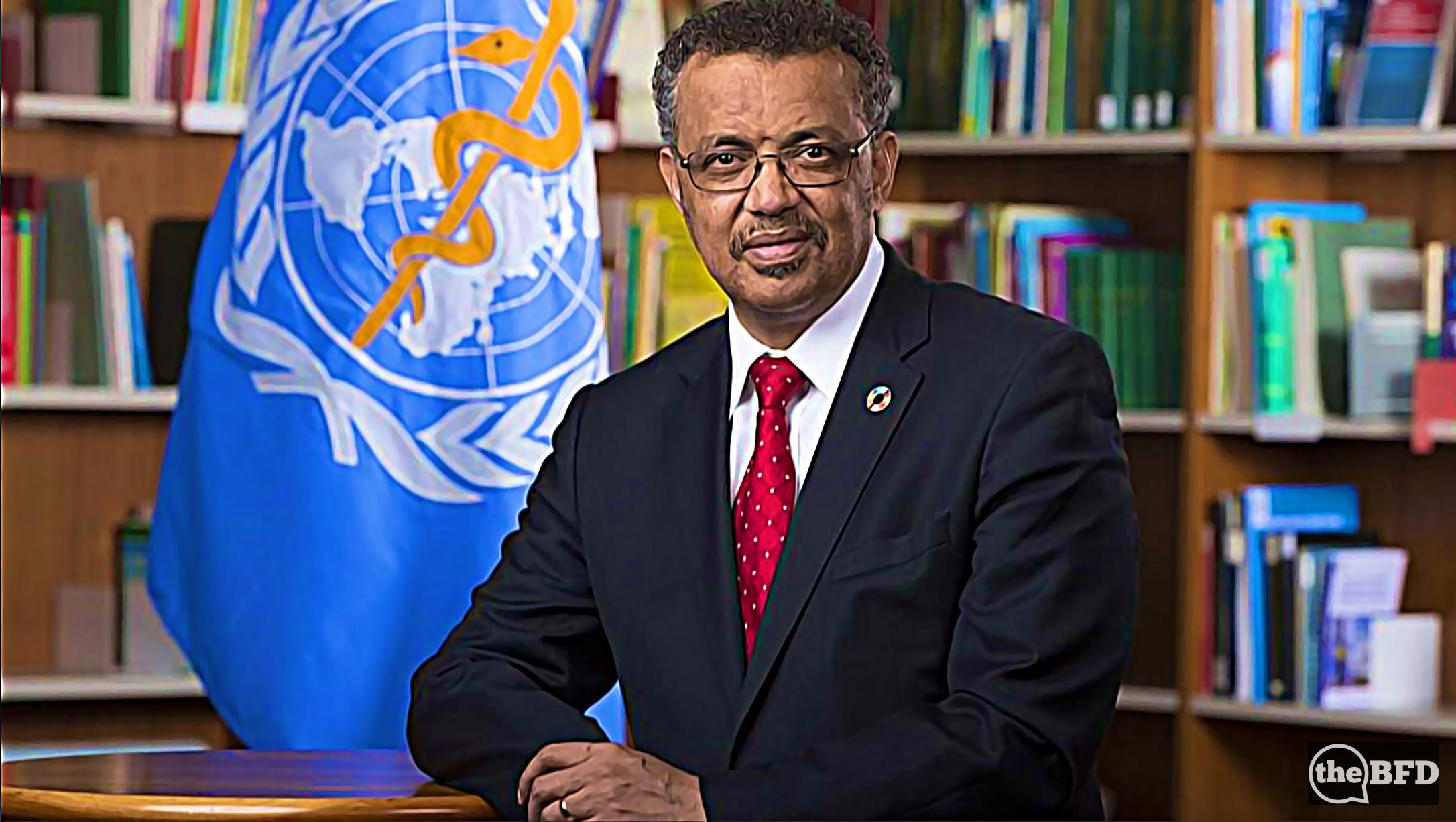