Skip to content
The BFD. The statue of Edward Colston lies on the ground as it is removed from Bristol harbour. Photograph: Bristol City Council/Reuters

Like all Cultural Revolutions, the Black Guards of the racial-cultural revolution paralysing the West are long on self-righteous violence, but very short on truth or historical awareness. As Orwell wrote of the youngsters of 1984, “Nearly all children nowadays were horrible”. And the children of Ingsoc are as violently intolerant as the Mao’s student Red Guards, smashing and overturning their way through history in as ignorant abandon as ISIS zealots smashing ancient statues.

“Statues, inscriptions, memorial stones, the names of streets–anything that might throw light upon the past had been systematically altered,” Orwell wrote.

He intended it as a warning, but the cultural revolutionaries of Britain have clearly mistaken it for an instruction manual. Nowhere less than in Bristol, where the legacy of Edward Colston to the city — a legacy of deep-pocketed philanthropy — is being brutally erased.

Edward Colston was one of the influential bosses at the Royal African Company — the organisation that for many years had a monopoly on the brutal slave trade.

[Cleo Lake] is a former lord mayor of Bristol and a supporter of the Countering Colston campaign, which advocates for the city to confront its history of slavery.

“I don’t really subscribe to the idea we’re erasing history,” she said.

“It was always important for us to actually tell a full extent of history and that we’re able to contextualise who Colston really was.”

This is odd, considering the fast ones that she’s pulling on history. For instance, Britain was not even the leading nation in the transatlantic slave trade— a trade which was dwarfed by the inter-African slave trade.

That single fact should serve as a reminder that slave trading was hardly unique to Britain, let alone Europeans. What was unique was that it was Europeans who ended slavery. The slave trade within Africa not only dwarfed the transatlantic but persisted for centuries after. Even many African nations didn’t legally abolish the trade until up to the 1980s. Despite that, it still continues openly in parts of Africa.

While Africans were busily enslaving one another, Edward Colston divested himself of what was then a perfectly legal and acceptable investment and turned his fortune to vast philanthropic work.

So, do the cultural revolutionaries actually live up to their pious blatherskite about “telling a full extent of history”? The hell they do.

[A] report was written by three experts involved with Bristol University, who brought together their knowledge of public space, philosophy, and diverse communities to help write the framework.

It identifies 11 factors to consider, including a figure’s principal legacies, the mission and values of the responsible body, appropriateness of location, art-historical value, and duties of non-erasure.

On every single one of those, the statue-topplers fail dismally.

For Bristolians like Cleo Lake, the change is more than welcome.

“Finally, as someone of African descent, I feel that there’s more empathy towards our journey and to the things that have happened to us,” she said.

Does she mean the things that happened — not to her, but to her long-dead ancestors — at the hands of fellow Africans?

Does that mean that white people get “empathy” for the vast Arab slave trade in whites? Whites who were brutalised as badly, if not worse than Africans in the New World — the men routinely castrated, the women forced into sexual slavery.

Do whites get to topple the monuments to the founder of the Islamic slave trade, the slave trader who founded an entire religion?

Or do these vicious ignoramus activists only get to smash the historical figures they expediently pick and choose? 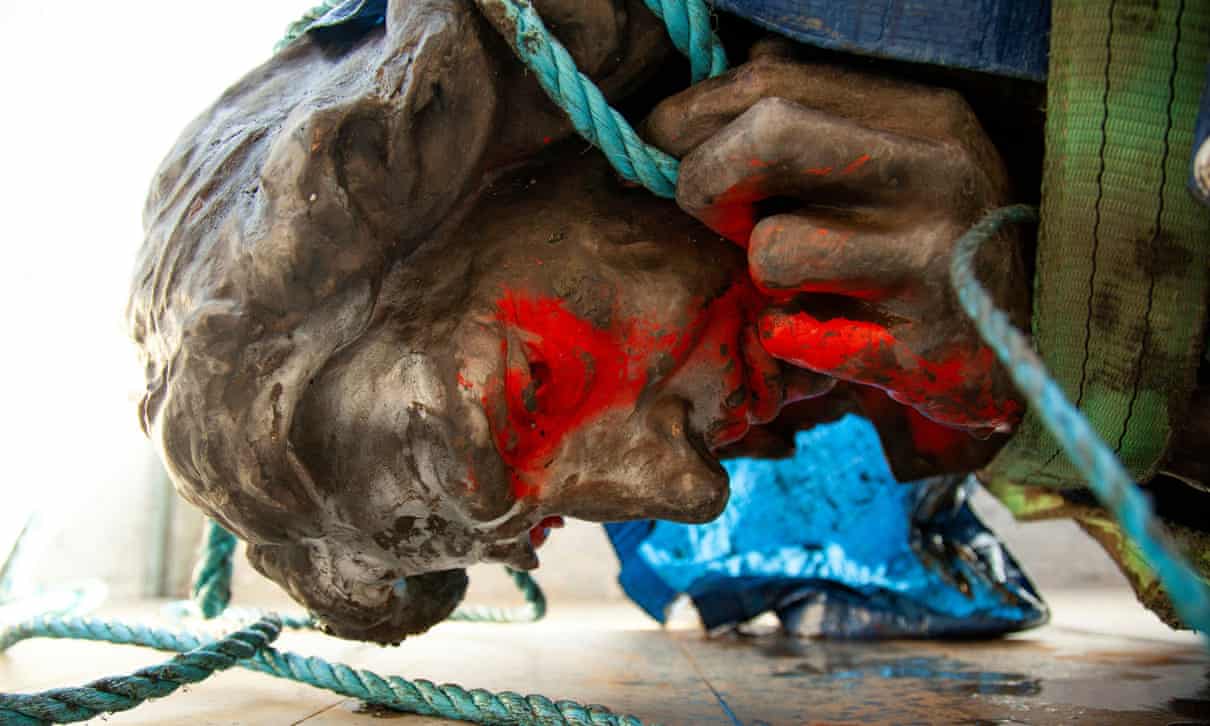