Since I posted images taken from the Police Intranet regarding pushback against mandates, we have received a lot of correspondence. The information below that has been gleaned from numerous emails is very enlightening and shows how serious the position is for the Police Commissioner Andrew ‘Cuddles’ Coster.

As part of the sworn mandates, Coster and the Police executive have treated “affected” staff like pieces of crap. Even if sworn members are unsuccessful in their Judicial Review, many will take up personal grievances against the Police and will have a bloody good case.

Further to the above, Coster stood down sworn members and has said that this has been done pursuant to the Policing Act. I do not believe he has any legal grounds to do this and as such the stand-down was, in my opinion, illegal. The Policing Act makes it clear what a Constable can be suspended for and its requirements have not been met.

In addition to there being no basis for suspension, there has been no consultation before employees were suspended, which is a breach of good faith.

Police management throughout the country have bullied and coerced thousands of staff (sworn and non-sworn) and although rates of vaccination are high in Police, this is more to do with the fact that they have been threatened for months and most felt they had no choice.

There has also been the formation of a very pro-vaccination Police staff group that have joined in with the bullying and coercion on a closed Facebook Page for current and retired police, called 10.7 Buddies. It is administered by very pro-vaccination members who immediately remove any information not in lockstep with the government narrative.  One post said they should get AOS to drive around and use a dart gun to vaccinate people.

There have also been a few other disgusting posts within that group that all of the “affected staff” have stood up to with posts eventually being taken down. It is also actively monitored by Police Intelligence yet they have let this sort of comment slide.

It must be highlighted though, that this represents only a small number of current and retired police and their opinions. The vast majority of Police do not agree with this rubbish and are 100% committed to helping their communities. These types of stupid posting and comments does not represent all Police. There is a massive portion of Police that do respect human rights and do not agree with these comments. For example, the hundreds of Police taking the Government to Court to fight the mandates. They aren’t just doing this for themselves, they want all mandates gone because they believe in freedoms and human rights.

The worst part about how the team has been treated is that the Police Association has not helped one little bit. They have held the position that Police management are correct and have been equally guilty of bullying and coercing their own members. This is why the affected team members have had to fund raise and pay for their own legal battles. This attitude from the Association may be because the president of the Police Association is allegedly mates with ‘Cuddles’ Coster and has been earmarked for a senior position at PNHQ after the Association.

Police and likely hundreds of other employers have not done this and have merely looked at one aspect of risk, i.e. catching COVID. Because they have done this and are not actively monitoring the risk of vaccine injury, they have potentially introduced an unmonitored risk to the workplace, and if anyone suffers adverse reactions because of the vaccination the Executive Team / PCBU will be criminally and civilly liable under the Act.

Many of the affected Police believe there is sufficient evidence to charge Pfizer for multiple offences and are actively gathering evidence. In particular, though, fraud would be an easy charge to prove. The advance purchase agreement signed, if similar to the Albanian one, provides Pfizer with complete immunity apart from fraud. The case is simple: there is significant evidence within recent US hearings that Pfizer lied within and changed data during the initial 6-month safety and efficacy trials. These data were provided to our government in order to gain MedSafe approval. Approval was granted and vaccinations were rolled out. It can be argued that Pfizer gained a pecuniary advantage from falsified documents, which, if proved, would be 100% fraud. Police haven’t even attempted to investigate this, even though the evidence is smacking everyone in the face.

When the government signed the advanced purchase agreement, they waived sovereign immunity, meaning that if Pfizer ever took them to court (which would be in the US because of the agreement), government assets could potentially be at risk and our government would have no immunity from that risk. Unfortunately, the government are refusing to make public the agreement, stating that it’s not in the public interest, so there is no way to confirm what they have agreed to.

Additionally, if the agreement is the same as others released publicly, the government was warned that the vaccines were in the “testing” stage and that their safety and efficacy were unknown. Yet they still decided to go on a path of 100% vaccination.

Lastly, we know from someone inside the Beehive that the Prime Minister met with Bill Gates in mid-2020. This meeting was a closed-door meeting. It is not known what the meeting was for or if Bill Gates isolated, complied with visa requirements and stayed 14 days in MIQ. Remember this was when our borders were apparently completely closed.

‘Cuddles’ Coster may like to think that just 5% of his staff are holdouts, but there is a large number of sworn staff who are decidedly uncomfortable with these mandates and the way the Police are increasingly seen as political enforcers. We know they have become political because sites like this and me in particular are under heavy Police surveillance.

One thing is certain though, the commissioner can’t now run to the government crying about staffing levels when he has willingly and deliberately cast 5% of his workforce onto the rubbish heap.

Chickens are coming home to roost and the consequences of the politicisation of the Police Service will hurt for a long, long time. 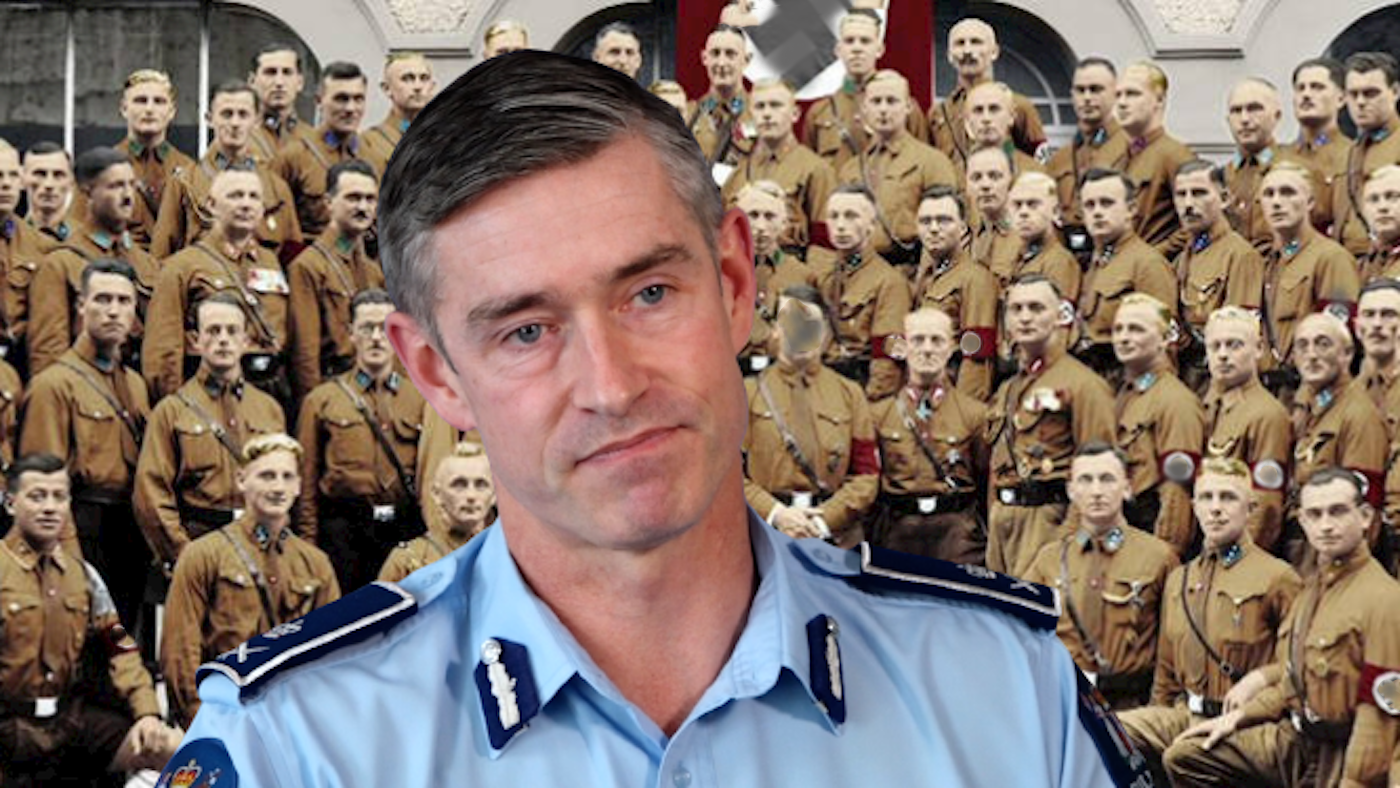