While the rest of the “Team of $55 million” in Big Media were dribbling over a video of Jacinda Ardern walking in Wellington, claiming it went viral, they missed the real viral explosion all over her Facebook page.

Quite why she decided to offer up unsolicited medical advice on Facebook is beyond me, but the general public saw red and left an indelible mark all over the page that meant the Prime Minister’s minions were furiously playing whack-a-mole trying to delete messages.

Jacinda Ardern loves talking about having conversations, but the mass deletions of comments from citizens wanting to have that conversation show us that she thinks having a conversation entails her speaking while the peasants listen quietly.

Jacinda Ardern probably thought she was addressing the elephant in the room by using her Facebook page to tell everyone that the vaccine was perfectly safe and that there was heaps of disinformation out there, but that it was all fine. But the post just enraged thousands of ordinary Kiwis and spurred them to share their own stories of the negative side effects of the vaccine including myocarditis, shingles, blood clots, heart attacks, seizures and death.

But as fast as the minions could delete them others were taking screenshots and posting them to another Facebook page to show just how badly the Prime Minister was censoring the avalanche of bad news about adverse reactions to the vaccines. What followed was tens of thousands of comments. Ardern’s FB posts typically attract between 2-3,000 comments.

“New Zealanders essentially took down the government over it. Whilst she may have had Aucklanders in lockdown for two months, bankrupted businesses with her behaviour and now discriminated against people who are unvaxxed from attending events, I don’t think any indoor concert or game could have rivalled a ring side seat at last nights event. I ran out of popcorn.”

A clearly rattled Prime Minister appeared on Monday morning’s AM show but as usual, she was given a free pass on this story. Nothing was asked of her regarding the matter nor has any mainstream media covered the issue. Newshub did however cover a pathetic story about a video of Jacinda Ardern going for a walk, complete with a security detail, in Wellington.

One commenter on Ardern’s Facebook page asked a rather impertinent question; “Why aren’t mainstream media covering this when there is obviously so much public concern and harm resulting from the vaccine, especially to our children? It would suggest they are now merely government puppets.”

Big Media in New Zealand are now officially the propaganda wing of the Government. They sold their soul for $55 million and that is why they aren’t covering the thousands of Kiwis who have been harmed by the vaccine that Jacinda Ardern is, through her rules, regulations, propaganda and bullying, forcing into people’s arms.

She may have the Big Media on her side but she can’t hide on social media. She’s just found out that when media are muzzled then people find alternative means of communication.

The people are rising. If you live in Auckland and were out and about today then you will know that the Prime Minister is deluded in the extreme thinking Auckland is at Level Three. This is the problem with the elites, they live in a bubble where civil servants ingratiate themselves to their masters and tell them what they want to hear. Meanwhile, the general populace in Auckland has had enough and are just getting on with life despite the rules and regulations.

Six months ago this feedback would never have happened and neither would the mass disobedience of Aucklanders that I witnessed on Monday. A year ago New Zealanders voted in huge numbers for this Prime Minister but now they are sick of the sight and the sound of her.

Jacinda Ardern should heed the words of Elvis Presley and start having a little less conversation and a little more action. 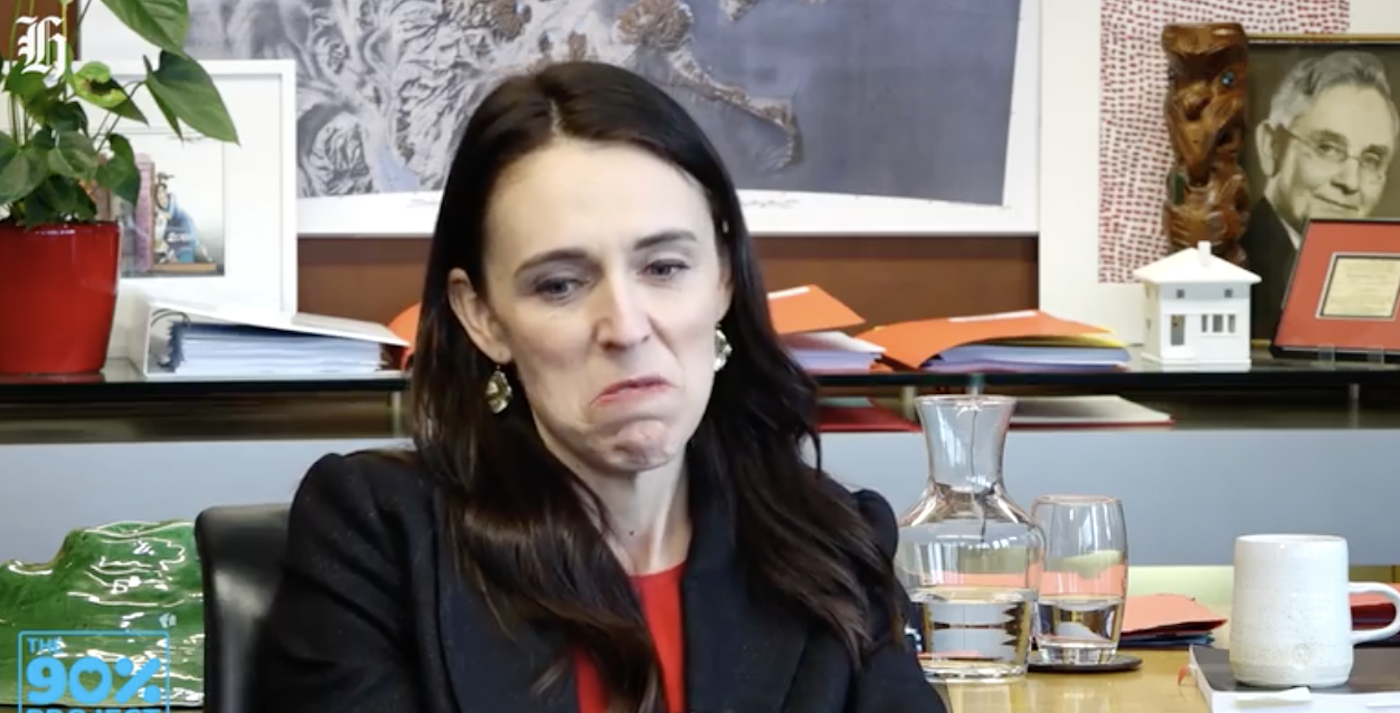