The NZ Herald claims that they are independent media. They even had to tell us that. Of course, everyone reading The BFD knows that explaining is losing. Nonetheless the NZ Herald is now officially a state propaganda publication after announcing they are running a campaign to encourage everyone to meet a 90% vax target.

New Zealand needs to get vaccinated now to beat Delta – and that’s why the NZ Herald and NZME are launching The 90% Project today.

A very high vaccination rate is vital for us to make our population safe from serious disease, keep our hospitals running and gradually allow our economy and border to open up to the world again.

So NZME titles have joined forces to work for at least 90 per cent full vaccination against Covid-19 in our eligible population by Christmas.

You know it is propaganda because it is almost completely free of facts and makes fanciful claims.

We are in the middle of a delta outbreak and yet our hospitals are coping admirably. Only a single person, in their 90s, has died from this so-called “Deadly Delta”…despite the appallingly low vaccination rates. Especially when you compare us with other countries that have been vaccinating for longer.

Ninety per cent is regarded as ambitious, given current rates across the globe.

The world’s most vaccinated countries this week included Portugal (80 per cent), the United Arab Emirates (78 per cent), Qatar, Singapore and Spain (75 per cent) Denmark (73 per cent) Uruguay and Chile (72 per cent), Belgium (71 per cent) and Ireland (70 per cent).

I note that they left out Israel, perhaps the most vaccinated country. I wonder why? Could it be the Herald is showing us their own ingrained anti-Semitism?

But Israel is important, as is Iceland, another they’ve left off the list. Because both of those countries now have rampant delta outbreaks and overwhelmed hospitals despite their high vaccination rates. Inconvenient facts.

We wondered about the ethics of the NZ Herald; now we need wonder no more. They are LITERALLY running propaganda campaigns for the government now.

What an abuse of power and trust. This is what $55m gets you.

The NZ Herald has sold out.

If you value a truly independent media, one that reflects your values not some woke edicts or Government diktat, then you should support The BFD by becoming a member.

Become a Member of The BFD 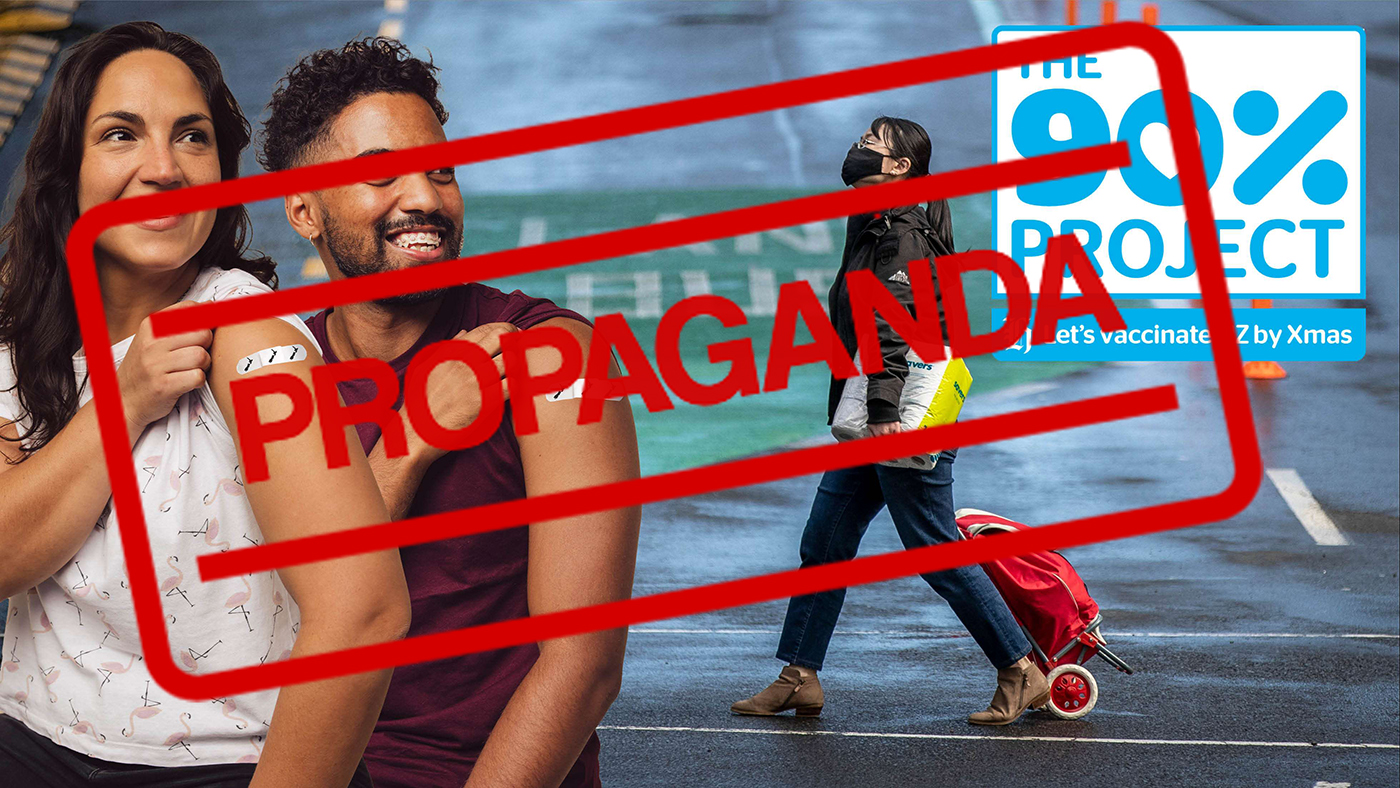