Bringing up the topic of the “Great Reset” might send New Zealand’s deputy prime minister into a fit of the vapours over “conspiracy theories”. But aren’t conspiracies generally supposed to be secretive and clandestine? It’s hardly a “conspiracy” that the global elite wants to impose a post-COVID global “Reset” when they keep saying so.

So, let’s dispense right away with the insult to our collective intellects that the Great Reset is “just a conspiracy theory”. Let’s instead act like adults and talk about what it actually means.

Leaving aside the empty-headed wittering of vacuous catch-phrases like “Build Back Better”, it has become absolutely clear that the Great Reset is intended to be the apex of the Marxist-Globalist bromance I’ve previously written about.

Perhaps too much so for their own good, it’s the Germans who are being the most honest about this latest attempt to establish a Thousand-Year Reich, oops, “world governance”. First, it was the Great Helmsman of the Great Reset, the World Economic Forum’s Klaus Schwab who literally wrote the book on the topic. In the opposing corner is, surprisingly, given the increasing Woke-ness of Francis’ papacy, Cardinal Gerhard Müller.

The principle of the ‘Great Reset’, he warns, though he avoids using that name, amounts to a ‘new colonialism’ to be imposed through the ‘converging and merging’ of ‘profiteering capitalism, the big-tech giants of Western countries’ and ‘the communism of the People’s Republic of China.’ The result, he told the journalist Edward Pentin of the (American) National Catholic Register, will be a ‘unified capital-socialism’ determined to regulate not only what you say, but what you do and think – presumably to eliminate even the possibility of criticism of itself. Such an amalgam would be above the reach of individual national governments and thus in a position to exercise global hegemonic authority, in the same sort of way the EU does in Europe. Indeed, there are even national leaders who favour the Reset – most notably Boris Johnson and President Biden, who calls it, when he can remember the words, ‘Build Back Better’ – though one wonders whether they realise what they’d be letting themselves, or more importantly their electors, in for.

As I’ve previously pondered, how on Earth did the Masters of the Universe end up in bed with the filthy commies? When did the Marxists get so cuddly with the planet-destroying capitalists?

It’s a novel notion, this alliance of convenience of President Xi and his henchmen with the squillionaires of the WEF. These are two gangs whom you might at first regard as natural rivals, but their cooperation would make sense if interpreted in the light of, say the Nazi-Soviet pact. Each side needs the other to help it get what it wants. (That the Germans subsequently stabbed the Russians in the back does not preclude an unhappy ending to the alliances of the ‘Great Reset’, but we’ll have to wait for future episodes to see how that plays out.)

In practical terms, what we’re facing is a good, old-fashioned nomenklatura.

German political analyst Maike Hickson suggests that there would be a carve-up of power with global capitalism running and effectively owning everything while the ‘masses’ are kept in check by socialism. If that sounds far-fetched, it’s worth considering what the WEF itself says about what’s in store for us, as proclaimed in its own video ‘Eight Predictions for the World in 2030’, released after its meeting in Davos, Switzerland, in January last year.

For a start, don’t spend the next decade laying up for yourself treasure on earth, for a Davos dictatoriate, it implies, will abolish private property. By 2030, the video informs us, ‘you’ll own nothing, and you’ll be happy. Whatever you want you’ll rent and it’ll be delivered by drone.’ The video is coy about who you’ll be renting it from, or who’ll run the drone deliveries, but it’s not hard to guess. The Resetters, who own half the planet anyway, are sure to be exempting themselves from the property-owning prohibition.

The Wuhan plague was God’s (or Xi’s) gift to the Great Resetters, enabling them to seize power and transfer wealth (i.e. rob small businesses and the working-classes blind) on a scale not seen since Lenin decided to collectivise the Kulaks’ meagre holdings. But Great Resetters know they can’t flog the Chinese virus forever.

So, they’ll fall back on Ol’ Reliable: climate change. Watch how quickly “stay home, save lives from COVID” becomes, “stay home, save lives from climate change”. Having successfully all-but ended global travel for the hoi polloi in the name of the pandemic, they’ll almost certainly aspire to keep it that way in the name of global warming. (Their private jets will be exempt, naturally, just like the nomenklatura’s dachas in the Black Sea holiday resorts.)

Again, this is hardly a “conspiracy theory”, when they’re more-or-less openly saying it.

The ‘changes we have already seen in response to [the pandemic] prove that a reset of our economic and social foundations is possible,’ the WEF website declares, rather euphemistically, since what it means by ‘changes’ is the catastrophic disruption of Western economies through interminable lockdowns. You see? Anyone who thought that the lockdowns were a way of sneaking in a more permanent repression was bang on the money.

Cardinal Müller has a final message that might almost have been tailored explicitly for “Robbo” ( Grant Robertson).

‘Blind trust in the philanthropic attitude of the leaders of the big foundations,’ says Cardinal Müller, ‘is only possible with a completely naive denial of reality.’

“Naive” is the charitable way to put it. “Grossly deceitful” might well be another.

Anyone who splutters and denies the putsch for a Great Reset is either willfully blind or a damned liar. 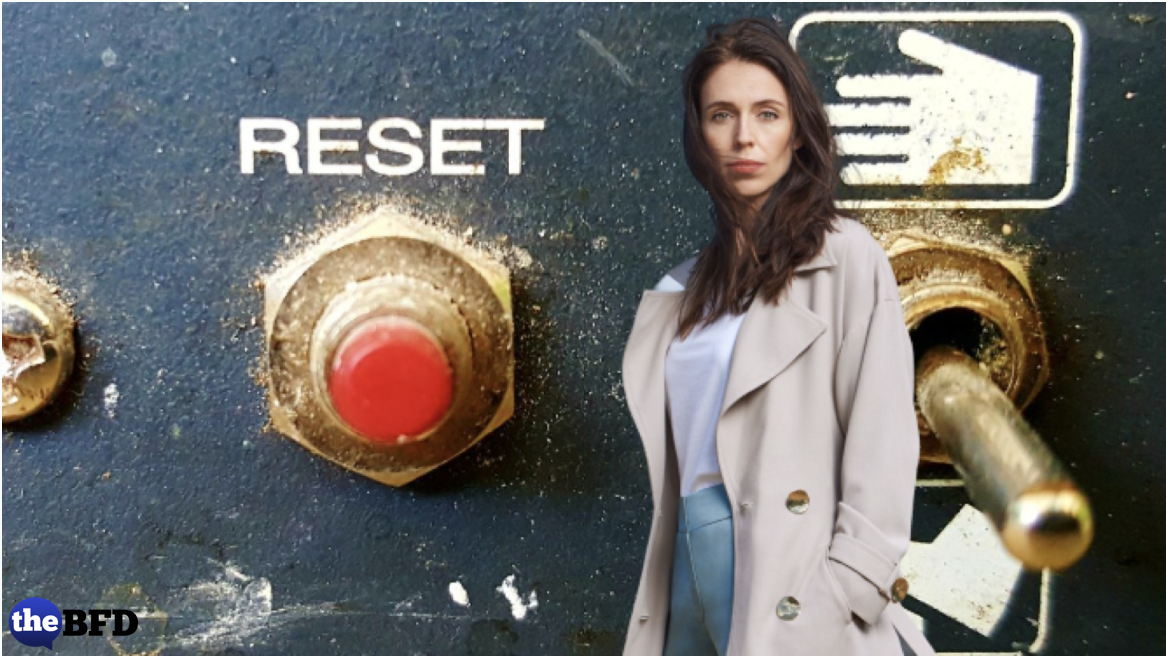