Andrea Vance, the former News of the World reporter, has written a book purported to be from the point of view of insiders in the National Party. The problem is that almost all of her claims are from anonymous cowards too gutless to own their spiteful and patently false recollections. Unfortunately for Andrea Vance, who has never seen an axe she didn’t think needed grinding, she’s got many things wrong.

Newsroom has a paywalled article from a real insider, Julie Johnston, who isn’t afraid to put her name to her allegations, unlike Vance’s class snitches. In the article, she outlines precisely how and why Andrea Vance’s book has at least two claims dead wrong.

The first is the debacle over Paul Goldsmith‘s fiscal plan.

There is only light coverage of the fiscal plan issue in the Vance book but what is said, via an anonymous source, about the timing and origin of the plan, completely misrepresents what actually happened.

Vance pinpoints National’s electric vehicle announcement on September 11, 2020 as a turning point in the campaign and she suggests that it was at this very late stage, that Judith asked for a fiscal plan:

“Collins also had a new demand, the staffer says. She wanted a fiscal plan to emulate one waved by Ardern in the 2017 campaign. She thought that was great. The team cautioned that alternative budgets almost always go badly wrong. Why would you go there? You don’t have the resources to get something like that right: normally the entire Treasury does a budget. The staffer says the task was given to Goldsmith, as finance spokesman, who entrusted it to a young researcher. Economics agency NZIER was paid to review the figures.”

This is totally wrong. The fiscal plan was requested very early in the campaign in late July and early August, well before the EV announcement.

The book also implies that the request for a fiscal plan was rash, unreasonable and unusual. Unfortunately, Vance doesn’t include any other sources in the discussion of the fiscal plan to balance the opinion of the anonymous staffer.

Johnston points out that Vance’s timeline is wonky to say the least, and bereft of credible detail about the real facts.

The reality is that within days of becoming leader, Judith realised that there were serious problems with our economic narrative and finance policy.

On July 16, 2020, the Finance Spokesperson, Paul Goldsmith, had given an economic speech that contained some significant new policies. His speech was given the day before Judith’s first announcement as leader, the $31 billion transport package. This transport package was meant to have been announced by Todd Muller on July 14, 2020. But then he resigned, and it had to be dropped.

No one told Judith about Paul’s speech, either before it was given or immediately after.

She was later told that Paul’s speech had been carefully planned to follow Todd Muller’s speech. But no one had thought to reconsider the timing of Paul’s speech when Todd resigned.

So, it was a screw-up caused by Muller’s pathetic capitulation, made worse by a lack of attention to detail not only by Paul Goldsmith but also by the paid economists who were checking his work. Johnston has a clear and undeniable timeline of events that doesn’t look flash for Goldsmith nor the weasel anonymously talking to Vance. If there were a court case over this I have no doubt that Vance would have scant evidence and Johnston would have copious diary notes. A judge would prefer Johnston’s facts over Vance’s hearsay all day long.

The next claims demolished by Johnston are those that Judith Collins was donkey deep in faking out Nick Smith‘s rapid departure from Parliament. Again Johnston says that Vance is wrong, and so too are two other agitprop journalists, Tova O’Brien and Richard Harman.

The truth is that the information that Judith passed on to Nick on a heads-up basis, came from a senior staffer in the National Leader’s Office, who in turn had received it from a person who worked for a well-known lobby group.

It was this person who claimed that media were about to run an exposé on Nick Smith’s treatment of his staff working backwards from the alleged 2020 incident. It is worth noting that Judith was not the Leader when this alleged incident took place. The person from the lobby group claimed that the story would include interviews with numerous former staff of Nick’s who were going to say they had been bullied.

When I found out about it, the Thursday before Nick resigned, I thought the National staffer had a surprisingly specific tip-off but I considered that it might well be credible because of one simple reason.

The person at the lobby group worked with an ex-National Party staffer who I knew had been very involved in dealing with the aftermath of the 2020 incident. In my view, this person would very likely know if Nick’s former staffer had spoken to the media.

Nick wrote his own resignation press release and blindsided the media team with it late in the day on Monday 31 May 2021 giving them less than thirty minutes notice before demanding it be sent.

The day that Nick resigned, Judith was meeting Australian Prime Minister Scott Morrison in Queenstown. She had worked for weeks to get that meeting and was really hoping for some positive media coverage on the back of it. The last thing she needed was a scandalous resignation of one of her senior MPs on the same day.

It might surprise Nick to know that the post-2020 election National Leader’s Officer leadership team were actually more sympathetic to him (it was suggested to me that there had been no natural justice for Nick in his dealings with Parliamentary Service) than the pre-election leadership team who just wanted him out.

In addition, Judith had put Nick in charge of the policy again. They weren’t friends but she respected and valued his intellect and vast experience.

In Andrea’s book, Nick said that National Leader’s Office’s inquiries over the status of the investigation made him suspicious.

Any inquiries from the office were simply about managing political risk, not plotting Nick’s downfall.

A few weeks after Nick’s resignation, both Richard Harman and Tova O’ Brien, as the most vocal proponents of the “stitch up” or “smoke-out” conspiracy theory, were given the name of the person from the lobby group who had given the information to the National Leader’s Office staffer.

Tova was told in person by me. Richard was told by a mutual acquaintance. I was told that Richard knew the person from the lobby group. Tova said she didn’t know them. If Richard and Tova genuinely believed the whole thing was a stitch-up, they were given the information to get to the bottom of it.

But neither Tova O’Brien nor Richard Harman had any intention of finding out the real story, preferring instead to tear Judith Collins apart based on rumours and lies. Some journalists they are, but then you already knew just how biased they always have been.

It’s a shame it is behind Newsroom’s paywall, but all credit to them for running it.

In 1787 a collection of sermons by Thomas Francklin was published and a homily on vigilance included an instance of a saying in which “falsehood” reached “every corner of the earth”:

Falsehood will fly, as it were, on the wings of the wind, and carry its tales to every corner of the earth; whilst truth lags behind; her steps, though sure, are slow and solemn, and she has neither vigour nor activity enough to pursue and overtake her enemy…

Mark Twain is often wrongly attributed with saying that “A lie can travel halfway around the world before the truth can get its boots on”.

Both of these instances apply to Vance’s book, which is going to be quoted often in the lead-up to next year’s election. But now you know that at least two of her claims are demonstrably false, and the evidence exists to prove it.

What will be interesting to see is whether Andrea Vance shows any semblance of integrity and decides to recant at least these two spurious and scurrilous accusations?

Somehow I doubt it; just like her pal Nicky Hager, it matters not that they lie and use anonymous sources, it’s the damage they cause that they are after.

As for the crap weasels snitching to Vance, they are beneath contempt. 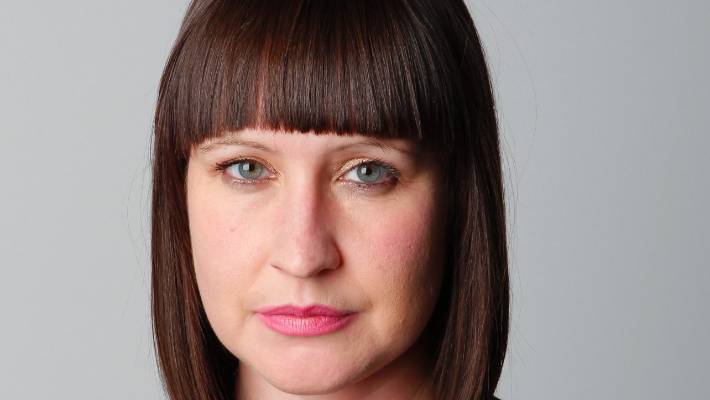