Skip to content
They see no problem. The BFD. Photoshop by Lushington Brady.

When mainstream media journalists all start singing from the same hymn sheet, using literally the same scripts, your bullshit detectors should flip right into the red.

So, when both journalists and politicians (not to mention their bureaucratic lackeys) around the Western world are all suddenly parroting the same talking point — “the biggest threat is the far right!” — you better believe there’s something happening here. And what it is, is exactly clear: lies and propaganda.

This isn’t, of course, to say that the far right — the real far right, not the media-political class’ imaginary “far right”, which is everyone slightly to the right of Engels and Marx — isn’t any kind of threat. There are indeed some nutters bent on mayhem out there. A small number of them actually commit acts of extreme violence that deserve nothing but condemnation.

Yet, that’s not what the powers that be want you to believe.

For the last couple of decades, we have been accustomed to think of all extremism — at least, in societies like our own — as being right-wing; and more recently, by extension, of all right-wing thought as extremist. Certainly there are right-wing extremists, some of them violent.

But only a failure to observe, or a wilful ideological blindness, would prevent us from recognising the danger of left-wing extremism, which having been in the ascendency for a number of decades, and having developed the force of orthodoxy and thus become invisible, is all the more dangerous.

Part of the problem is not only that the left is the agenda-setting Establishment, but that the left has drifted so far left, that what just a decade ago would have been the sensible centre, if not the moderate left, is today howled down as “far-right extremism”.

Take any traditional but mildly conservative notion, such as that there might need to be some limits on immigration, or that marriage is an estate to be entered into by a man and woman. Twenty years ago, you could have a discussion about these topics; today a reasonable person might be afraid of confessing to such ideas in public, in case their employer summons them to a meeting with the HR people.

And on the other hand, there seems to be no left-wing idea that is too extreme to be taken seriously.

You can say that a person’s sex is not part of their biological being, but … something else; or that to be a fully-fledged environmentalist requires that one consider humanity to be a species that is fundamentally no more important than and no different to any other. Examples could easily be multiplied.

Extreme left-wing ideas have almost instant credibility in politics, the public service and the academy, and are given loud lip-service in the worlds of fashion, education, the media and marketing. The extreme left have at present no need to undertake violence but that doesn’t mean they aren’t dangerous.

Maybe they have no need to undertake violence, but they sure have a taste for it.

But the more important issue is that by marginalising even the centre-right — for instance, by labelling Freedom protesters “Nazis” and “White Supremacists” — the Establishment left are encouraging fringe violence. The Establishment left, after all, has no problem with echoing MLK’s argument that “A riot is the language of the unheard”. Leftists defended violent riots in London as “the voice of the powerless”.

The two notorious poster boys of far-right violence, Anders Breivik and Brenton Tarrant, explicitly defended their murder sprees as their own “language of the unheard”. Whether either, especially Tarrant, are indeed “right wing” is debatable — or would be, if the Establishment left even allowed us to talk about them — but what isn’t debatable is the fact that Breivik especially claimed that the routine suppression of views like his was the catalyst for his violence.

A poor excuse? Absolutely. But so is (almost entirely mythical) “racism” as an excuse for violent riots that killed dozens of people — many of them black.

But it is also absolutely a warning.

A real danger of the entrenchment of extreme left views in public life in New Zealand is that it excludes all right-wing dissent from civil debate, so that folk who would be mildly and harmlessly right wing in a more open society are forced towards extremism […]

The extreme right is not a product of the mildly right: most people on the right will stay mildly so, as long as they do not find their views excluded from public discourse. Right-wing extremism — the views of a violent minority — results from the mainstreaming of left-wing extremism.

The leftist par excellence, Marx, would recognise this as a classic dialectic: thesis-antithesis.

And the grim synthesis is ever-escalating violence.

Free speech is better than freely escalating violence. Suppressing the open expression of views you don’t like doesn’t make them go away: it just makes them fester.

Forgive me for thinking that that’s just the point of Orwellian bodies like “Centre of Research Excellence for Preventing and Countering Violent Extremism”. It’s almost as if the Establishment want to push actual extremists to acts of violence and use that as an excuse to silence anyone, not of the far-left. Rinse and repeat. 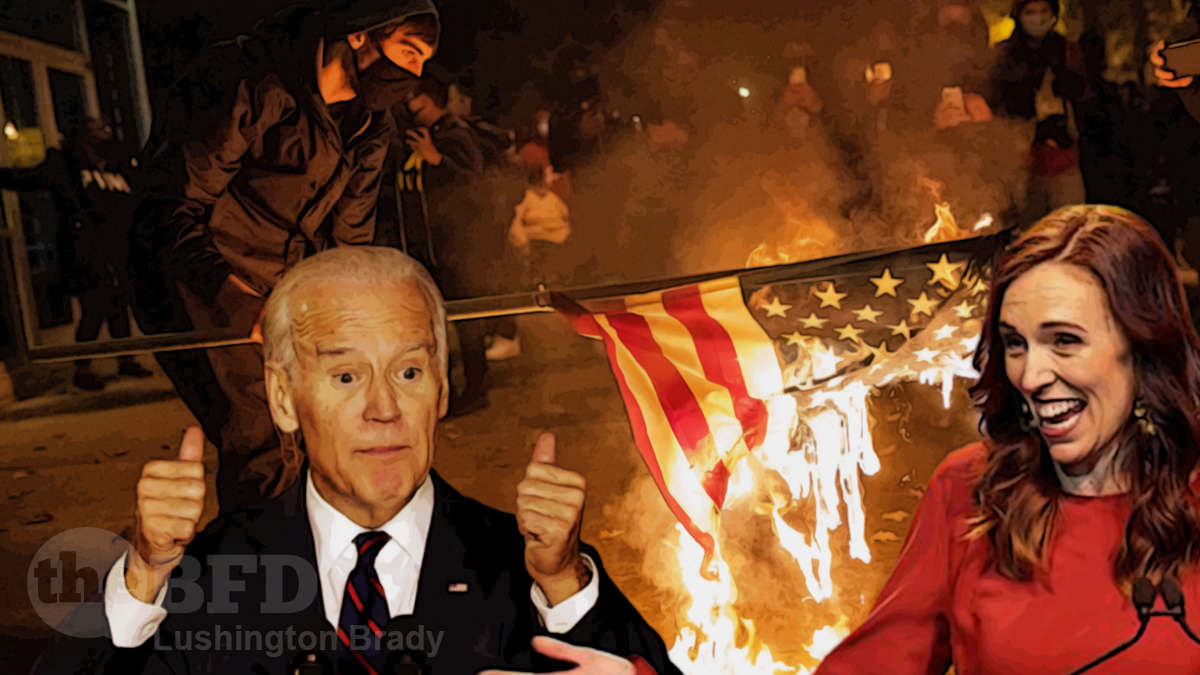