Skip to content
This is not "family friendly". The BFD. Photoshop by Lushington Brady.

Hoo, boy: the rainbow bullies are not happy. The public is increasingly fed up with them and kicking back. Especially with their open agenda of grooming children.

This has apparently come as a shock to them, but it turns out that – as they openly boasted last year – “coming for your kids” is not exactly a winning strategy with a lot of people. In fact, it’s just the sort of last straw to break the back of the public’s tolerance for a movement that has become, in the words of one gay writer, “nothing to do with being gay, but everything to do with bullying and entitlement… narcissism and mental illness”.

Or, in the words of the great Australian journalist Jack Marx: “Since when did the love that dare not speak its name become the love that just won’t shut the fuck up?” And, more importantly, so damn creepy?

Sheriff Bob Norris of Kootenai County has announced an investigation into allegations that one of the drag queen performers may have exposed his genitals to the crowd at the event where children were in attendance.

The allegations stem from a heavily edited video circulating online wherein a drag queen performer is seen spreading his legs in front of children.

The video blurs the drag queen’s crotch – as it has to, if it’s not going to be immediately removed by Facebook or YouTube. Either way, a drag queen squatting, spreading their legs and lifting up their clothing to expose their crotch is unacceptable behaviour, full stop.

Remember – this was billed as a “Family Friendly” event.

In another of the growing backlash against what they characterise as grooming, protesters have once again crashed a “drag queen story hour” event.

A small group of protesters confronted drag queen & ex-Vice reporter Kyle Chu at a drag queen story hour event in San Lorenzo, Calif., near San Francisco. The drag queen is called a pedophile & the parents are slammed for bringing their kids to the event.

Naturally, the media – and police, in Woke Town, USA – are screeching about “far right” and “hate crime”, but it seems that their accusation of “pedophile” was not entirely unfounded.

On Saturday, a children’s drag story hour was held just outside of San Francisco featuring drag performer Panda Dulce as the guest reader.

An advertisement for the event stated that the story time was designed for preschool-aged children […] “We will hear stories, sing songs and have fun,” the advertisement stated.

Sing songs, eh? Such as this one:

A video has recently resurfaced of Panda Dulce […] “All the kids lookin’ up to me can suck my d*ck,” Panda Dulce is seen lip-syncing in front of stock images of children.

Remember, it was only last year that a gay choir that included several convicted child-sex offenders were telling you how they’re “coming for your kids”.

Turns out they really meant it. 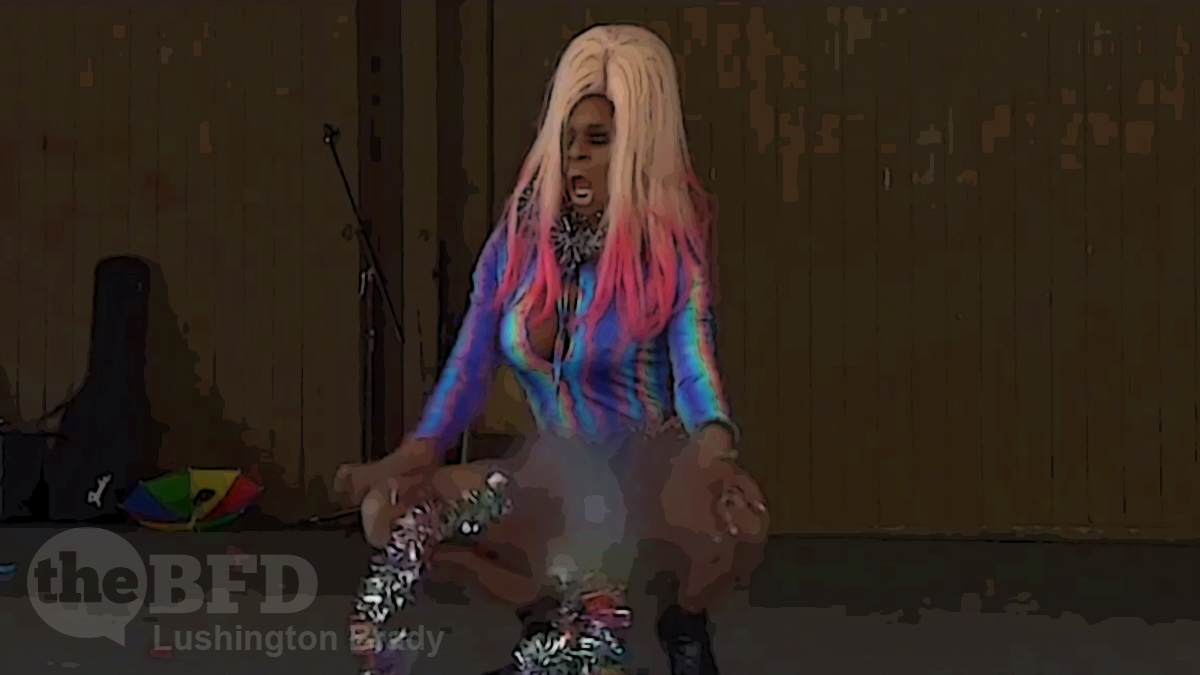