One of the most concerning issues about our current state of political leadership is the level of political and life experience that each party brings to the table. Effective leadership requires a range of skills and backgrounds. “…skills are acquired in a wide range of different contexts, including social and professional, political and non-political contexts. Different leaders will therefore have built up their arsenal of skills across different experiences in life, moderated by their ability to learn and other innate traits.” (British Journal of Political Science)

We know that Jacinda Ardern brings little or no life experience – no wide range of context – to her role and it shows in her autocratic rule. Her background in fish’n’chip wrapping meant she brought no understanding of business, of finance, of management, of strategy or policy making. PR and spin she excels in, supported by legions of very expensive minions and social media that we pay for.

As we know, Christopher Luxon, on the other hand, brings little or no political experience to his appointment and this shows in his inconsistent, often subjective and seemingly emotional decision-making that has core National voters gnashing their teeth. What does he stand for? He rather seems to be falling for anything and shows himself as left-leaning, as was John Key. Lefty Luxon I’ve heard said. And he now supports the Government with its emissions budgets and targets, although he does query them at this time. Yet another quid both ways from him. He does however have experience across the wide range of business skills that translate to the political environment better than fast-food and a small, politically useful daughter, but he seems not to understand the position of leader of the Opposition.

We now face out-of-control cost of living, with rampant inflation and stalled salaries and wages in all but government departments and consultants, rents out of reach, landlords pilloried and punished, the imposition of a ‘co-governance’ model being mandated by stealth – along with Covid and its across-the-board costs and destruction. And of Covid – we have all had enough, yet here comes Ashley Bloomfield again to attempt to ramp up the fear factor, again. We’re sick of Covid. Not with it. And now, another billion-dollar shopping spree via emissions budgets and targets that will have zero effect globally and will take yet more money out of our pockets.

The exposure of the Mahuta family shows a level of corruption that we feared and now have evidence of “an explosive network of powerful connections with Nanaia Mahuta at its nexus. In most other ‘western’ nations including NZ’s closest trading partners, such connections would never have been allowed to happen.” (All In The (Mahuta) Family) How is this allowed to happen here? And what response has there been from the Government? Nothing.

Follow the leader? Jacinda Ardern brings to mind an on-line scammer. She refuses to meet the people and she takes more and more money with no accountability and a significant amount spent on vanity-projects or consultants who become wealthy at our expense and achieve very little.

A successful leader must have a vision and know how to turn that into success stories. If we look at traits necessary for effective political leadership (what-defines-good-political-leadership), how does our leader stack up?

Until you communicate your vision clearly to your team and tell them the strategy to accomplish the goal, you’ll find it very difficult to get the results you want.

Honesty and integrity are two main elements that make for a strong leader.

Ardern has told so many lies it is difficult to tell fact from fiction. But “when asked during one of the 2017 leaders’ debates, ‘Is it possible to survive in politics without lying?’ she not only said it was but claimed she’d ‘never told a lie in politics’.” (jacinda-ardern-the-messiah-or-just-a-crafty-politician) Umm…

A leader should be capable of making the right decision at the right time.

Ardern makes politically expedient decisions based on the best polling outcome. Captain’s calls are arrogant decision making. “Arrogance is just, I hope, something people would see as not in my nature.” (jacinda-ardern-the-messiah-or-just-a-crafty-politician) Umm…

After the Christchurch terror attack, she was asked about her response, to which she answered “Very little of what I have done has been deliberate. It’s intuitive.” (theguardian.com/jacinda ardern)

While acknowledging the context of this comment, it does seem to reflect her decision-making process overall and as such is always dangerous.

4. Must be able to inspire others

Perhaps the toughest thing a leader to do is convince people to follow them.

Ardern did not inspire us to follow her through Covid. She mandated her so-called ‘team of five million’ (count me out) to ‘follow’ her skewed version of ‘the science’, bringing the country to the sorry state it is in today. She did not inspire or convince, she forced.

Focusing on core duties is vital for effective leadership while leaving the rest to others.

Being able to delegate means there are those up to the tasks being delegated. Think Poto Williams, Kelvin Davis, Phyl Twyford, Andrew Little, Megan Woods, Michael Wood, Kris Faafoi, Grant Robertson, et al. Peter Dunne is already wading in on a possible Cabinet reshuffle: “I don’t think we’re jumping the gun in terms of reshuffling the Cabinet. I mean, I think that’s been signalled already as being a likely possibility. I suspect there will be some retirements announced over the next few months.” (We’re not jumping the gun in terms of reshuffling Cabinet)

6. Lead with a vision and purpose

Influential leaders have intent and vision.

Ardern’s intent and vision are not those she campaigned on or was elected on. There’s a wilful obfuscation of both intent and vision, along with a complete lack of the honesty and transparency she promised.

So why should we play follow the leader? Increasing numbers of us don’t.

The shifts in party support result in National retaining its number of seats, ACT gaining four, the Maori Party losing two, no change for the Greens and Labour losing two, resulting in 61 seats for the centre-right, versus 56 for Labour and the Greens.

The continued trend toward the centre-right could be explained by the changing priorities for voters. The Cost of Living now easily rates as the most significant voting issue, while Covid-19 has become insignificant. 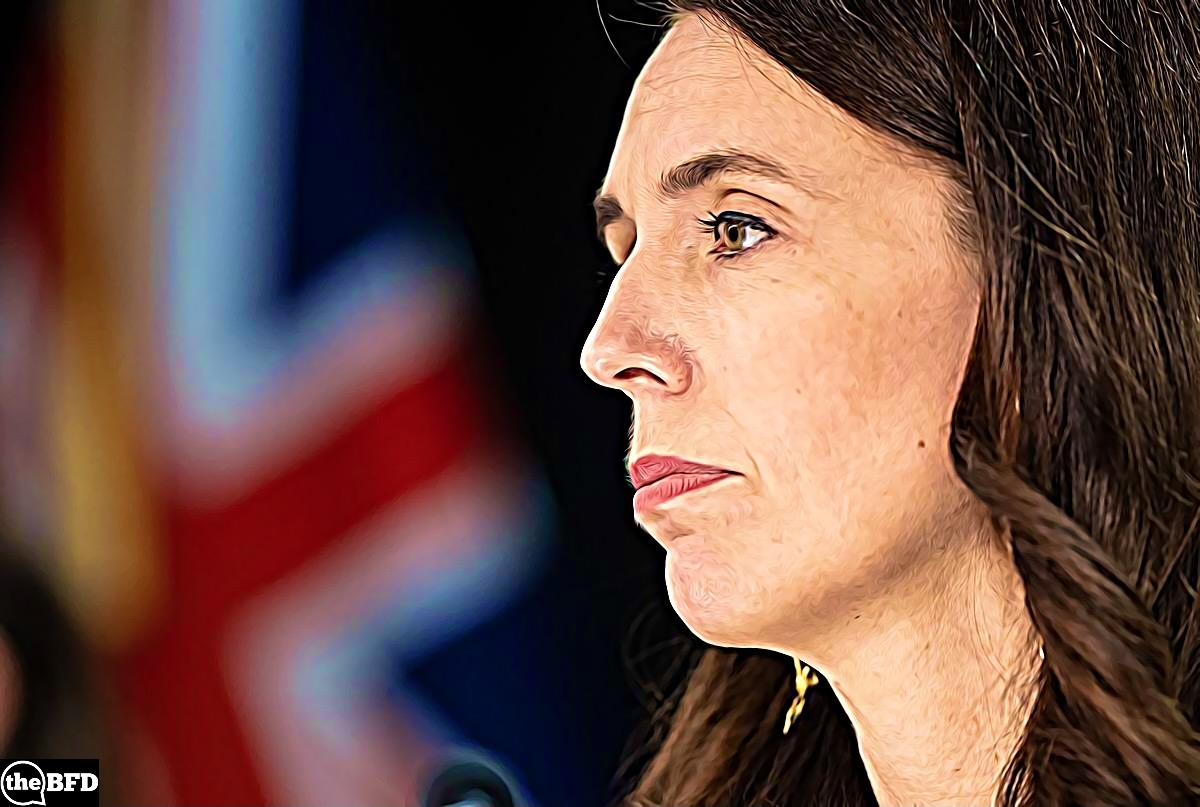 KSK has a Master of Management degree from the University of Auckland. She has a business management background following many years in the medical field. She is a former business mentor with Business... More by KSK