The government promised a major reform of New Zealand’s immigration system, but when it was announced this week, many asked “Is that it?”

Over the last two years Covid has turned the immigration tap off, and the government argued this produced the perfect opportunity to reassess decades of “unbalanced immigration”. A “reset” was promised, and expectations built up that something quite significant was in the works.

Last year a “pathway to residency” was created for up to 165,000 existing visa workers. This had a hugely positive impact for those migrants, and was also a pragmatic solution when borders were closed and labour shortages hit home. It was, however, a “one-off”, and the real issue has always been what will happen once borders fully re-open.

When the announcement finally came on Wednesday, the government had rebranded their “reset” as a lesser “rebalancing”. This downgrade of terminology was warranted – rather than a “reset”, the reforms turned out to be more like tweaks. From a big picture point of view, the new settings equate to “business as usual”, with some new mechanisms for selecting and encouraging migrants to this country.

Cementing in the status quo appears to have pleased the business community overall, which is highly reliant on immigrant labour. But there are a number of sectors that are disappointed with the business-as-usual approach and lack of vision displayed by Immigration Minister Kris Faafoi.

What’s in the reforms?

The progressive theme of Labour’s shift is a move away from low-skilled migrant labour to an economy based on higher-skilled workers and higher pay. In theory, the government is prioritising the use of immigration to fill gaps in the labour market, especially at the higher end, and trying to shift away from bringing in low-paid immigrants who will be exploited and push down the wages of existing New Zealanders.

To do this, Faafoi announced a “Green List” of high-skilled occupations, whereby immigrants would be lured to New Zealand with the promise of fast-tracked residency. A second list of less-desired occupations requires having to work for two years before applying for residency. According to Faafoi, these new categories would be uncapped, allowing for significant levels of migration.

In addition, the government announced an end to the previous rorting of international students coming here to do low-value diplomas as a way to get residency while working in exploitative jobs.

Faafoi explained the vision behind these reforms: “The re-balance will make it easier to attract high-skilled migrants while supporting some sectors to transition away from the reliance on lower-paid migrants, which Covid-19 has shown is not a sustainable business model.”

He also said the new model would increase the speed of visa processing – as the current system has become extremely slow, with visas that should take days or weeks taking many months, or years.

Will the reforms make a big difference?

Do the new immigration rules really even do much “re-balancing”? Some have argued that this amounts to a lot of upheaval for little gain, as the end result is merely a tweaking of the status quo. For example, journalist Dileepa Fonseka, who specialises in immigration issues, asks: “So what will the country actually gain from this reset that couldn’t have been achieved a lot faster by simply tweaking the old rules and system?”

He reports that Faafoi couldn’t point to a single thing the new system for work visas could do which couldn’t have been achieved with the old one. Except that he believes the new system will be faster. And it’s worth noting that the promised speed and efficiency of the new system is strongly doubted by many commentators and stakeholders.

The new settings are certainly a long way from what the Labour Party had campaigned on – cutting immigration back from 70,000 arrivals a year to 20,000. Of course, Covid has now done that for them, but the idea of having tight caps on immigration has gone.

Left-wing commentator Martyn Bradbury reacted to the announcement with astonishment, saying, “We have learned nothing from Covid,” and that the government was opening “the floodgates to cheap lazy immigration to create the sense of growth with none of the planned building of infrastructure to cope with that mass immigration”.

Certainly, there is a sense of Labour wanting to turn the taps of immigration back on in order to give the economy a quick injection of growth.

It’s unclear to what extent the new uncapped immigration categories will lead to mass immigration again. Faafoi didn’t deal with this in his announcement and, surprisingly, journalists haven’t asked.

As one immigration advisor has noted, this could be a huge change to the settings. Iain MacLeod comments today: “If indeed the government no longer intends to have caps, quotas or targets of resident visas, it is a first in my 30 years of practice. For a government obsessed about managing ‘numbers’, to abandon that would be the biggest immigration news story in decades.”

MacLeod says: “I’d applaud any removal of an artificial ceiling on numbers, but given recent years have shown how fragile the country’s infrastructure is to higher than normal population increases and migrant flows, coupled with the fact this government has laid the blame for house-price inflation, traffic congestion, stretched infrastructure and shortages of teachers and nurses (and likely the drought in Southland) largely at the feet of migrants, because migrants create demand, means that is highly unlikely.”

However, it is notable that when Faafoi appeared on the AM Show this week to talk about the reforms, he essentially refused to be drawn on whether the new policy would fulfil Labour’s campaign promise to slash immigration numbers.

Criticisms of a “two-tier” immigration system

The Migrant Workers Association have labelled the new rules “discriminatory”, with spokesperson Anu Kaloti saying, “It kind of seems like the more you earn, the higher privileges you already have, the higher rights you will get… It should never be like that.”

According to Dileepa Fonseka, the goal of preventing migrant exploitation has “arguably gone backwards”, because officials will now only have a short timeframe for vetting employers that wish to bring in immigrants. What’s more, he says the old system may have been tougher on preventing exploitation: it “had criteria around wage rates, it had blacklists of employers who weren’t able to hire migrant workers, there were checks on employers and there were rules around who could or couldn’t get residency”.

In contrast, “Linking employer visas to jobs will leave migrant workers with less power to leave exploitative employers and more incentive to go along with arrangements where they get paid an attractive salary on paper, but cycle those wages back to their employer.”

Could the new system make migrant exploitation worse? Some think so. Fonseka points out that, “High wage requirements encourage this sort of thing.” He concludes: “After several years of political acrimony we are mostly back to where we started: employer-linked visas, inconsistent carve-outs for favoured industries and occupations and an immigration system where low-wage workers can come into the country, but can’t stay.”

The Green Party is calling the re-set a “white immigration” policy and “racist”. Co-leader Marama Davidson points out the prioritisation of high-skilled and high-paid immigrants will attract those from Western countries. She has called, instead, for “a tiriti-centred approach where Tangata Whenua is at the heart of decision-making” on who gets to come to this country.

In addition, because lower-paid immigrants will be able to come here with less ability to get residency, Greens immigration spokesperson Ricardo Menendez March says this makes New Zealand more like places that run guest worker programmes, such as the United Arab Emirates.

Occupations that have been deprioritised in the reforms

An argument is being made that New Zealand now has a “two-tier” system of immigration that favourites certain groups on the “Green List”, and discriminates against those on the “Poor List”. And there is criticism about which occupational groups have been relegated to the latter.

Green List occupations include those in construction, engineering and science. But it’s in the health area that the divide is particular contentious – with doctors and plenty of other medical professions given the fast track, but nurses and midwives put on the slow track.

Many have reacted to the government’s deprioritising of nurses with outrage and surprise. This is because New Zealand is said to be short of about 4000 nurses and the aged care sector is in desperate need of them to keep rest homes operating. In contrast, other countries are now becoming the recipients of immigrant nurses – in Australia, for example, nurses who move there are promised immediate residency.

What has driven the reform process?

In explaining why nurses are being deprioritised, Faafoi referenced the lobbying of those in the aged care sector asking that nurses not be given residency too easily, as this would lead to them too quickly shifting to different employers (presumably the higher paying district health boards).

However, there is very little clarity about this process, with many aged care businesses saying that they provided the opposite feedback to the government. And Health Minister Andrew Little has said that he’s not aware of any consultation with the health sector.

In any case, it exposes that the government is content to keep using restrictions on migrant workers to force them to stay in lower-paid jobs. This has been clearly identified as a major cause of migrant worker exploitation and undermines the claimed goal of ending such exploitation.

Overall, the whole process of the reforms has been strangely opaque and irregular. Certainly, the public has never been consulted. And while the reset has been developed, the government has had its Productivity Commission working on the immigration issue, but in announcing the new reforms, that work was conspicuously absent.

Although the new reforms are being sold as being good for wage levels of both existing workers and new migrants, there are some reasons to doubt that. The new policy settings appear to be entirely business-friendly – which is why they were announced in a speech to the Business New Zealand lobby group. This ensured that there was some instantly positive feedback, but also gave the impression that Labour’s rebalancing was an attempt to win over a vested interest.

For a once in a generation opportunity to fix one of the biggest issues of contention in politics and the economy, it looks as if Kris Faafoi has again carried out a poor process which has been captured by elites. The problem is that it’s a missed opportunity for us all. 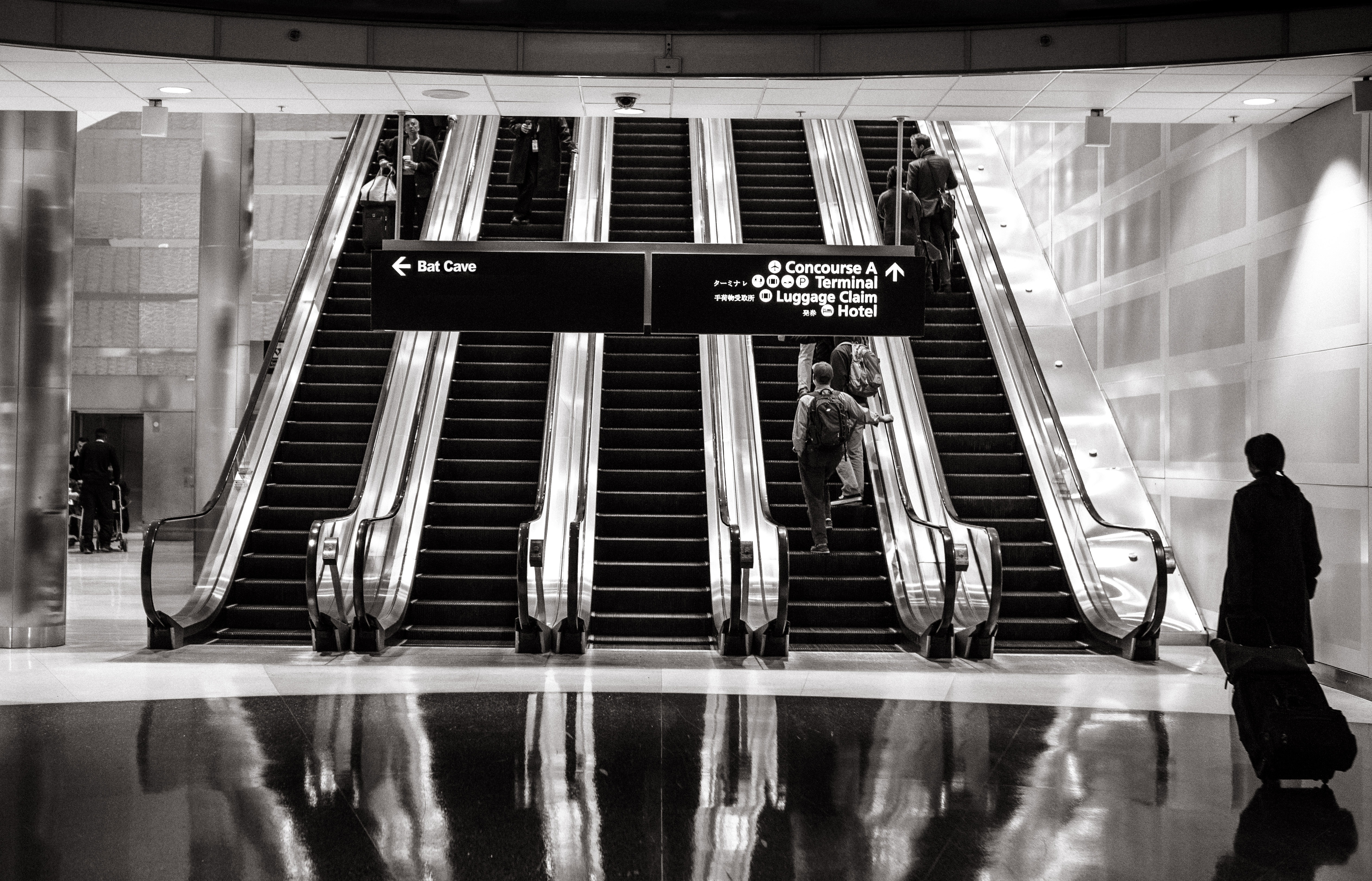