It’s an old conspiracy theory trope that “black money” in the US military budget is secretly funnelled to… well, whatever the pet conspiracy theory happens to be. It’s taken as a given that contractors gouging the military budget is a front for more sinister operations. As grouchy alter cocker Julius Levinson (Judd Hirsch) puts it, in Independence Day: “You don’t actually think they spend $20,000 on a hammer, $30,000 on a toilet seat, do you?”

Non-profit watchdog Open the Books cuts through the fog of conspiracy theories by digging out and publishing online all disclosed US government spending, at every level. What they find is often eye-opening.

Including the trail of tens of millions paid to Anthony Fauci’s National Institutes of Health (NIH).

An estimated $350 million in undisclosed royalties were paid to the National Institutes of Health (NIH) and hundreds of its scientists, including the agency’s recently departed director, Dr Francis Collins, and Dr Anthony Fauci.

A great deal of money has been quietly paid to a great many scientists.

“We now know that there are 1,675 scientists that received payments during that period, at least one payment. In fiscal year 2014, for instance, $36 million was paid out and that is on average $21,100 per scientist,” [Open the Books CEO Adam Andrzejewski] said.

“We also find that during this period, leadership at NIH was involved in receiving third-party payments. For instance, Francis Collins, the immediate past director of NIH, received 14 payments. Dr Anthony Fauci received 23 payments and his deputy, Clifford Lane, received eight payments.”

Where does the money come from? A cosy deal whereby NIH employees receive a royalty for the work they do. Of course, as a great many lesser beings have found, any work they do on their bosses’ dime belongs to the boss. But NIH employees, employed by the taxpayer, get to keep a cut.

“When an NIH employee makes a discovery in their official capacity, the NIH owns the rights to any resulting patent. These patents are then licensed for commercial use to companies that could use them to bring products to market,” the fact sheet reads.

“Employees are listed as inventors on the patents and receive a share of the royalties obtained through any licensing, or ‘technology transfer,’ of their inventions. Essentially, taxpayer money funding NIH research benefits researchers employed by NIH because they are listed as patent inventors and therefore receive royalty payments from licensees.”

Now that they’ve realised that an independent watchdog is on to them, the troughers are hurriedly locking the books up again.

Andrzejewski said the files Open the Books is receiving – 300 pages of line-by-line data – are “heavily redacted”.

Andrzejewski argues that the royalty payments are an “unholy conflict of interest inherent at NIH”. The NIH forks out $32 billion of taxpayer’s money every year. “Now we know that over an 11-year period there is going to be approximately $350 million flowing the other way.”

Fauci and Lane told AP that they agreed there was an appearance of a conflict of interest in getting the royalties, with Fauci saying that he contributed his royalties to charity. Lane didn’t do that, according to Andrzejewski.

Scrutiny seems to be the last thing on the NIH’s mind: Open the Books is currently suing the Institute for failing to comply with a Freedom of Information Act suit filed by the watchdog. 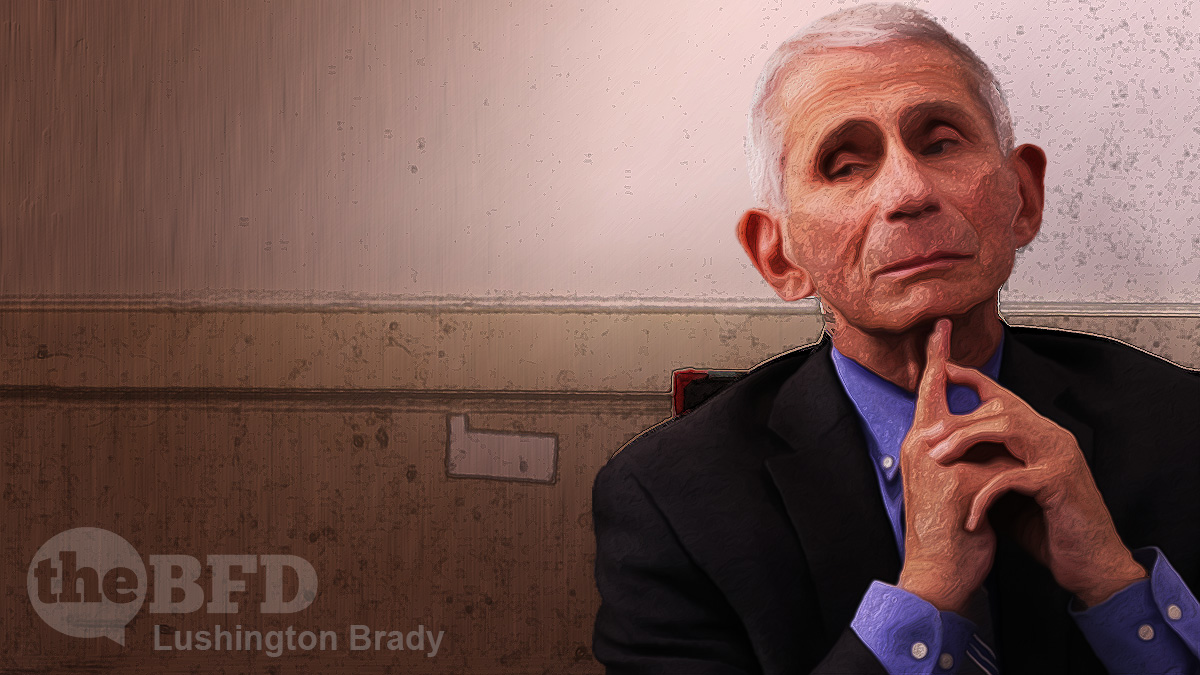