Skip to content
I got to talk to you about Pepe Ukrainia! The BFD. Photoshop by Lushington Brady.

If someone tried to tell you about a secretive web of deals linking bio-weapons research in Ukraine, Hunter Biden, Anthony Fauci, Jeffrey Epstein and Klaus Schwab, you’d surely laugh it off as a looney conspiracy theory. Except that, for once, truth seems to be stranger than conspiracy theory.

It was surprising enough when the Russian invasion of Ukraine led to the startling admission that there was a network of sensitive bio-labs in the country, funded by the US. As more and more of the labs fell into Russian hands, the US and the WHO demanded that Russian military destroy any “high-threat pathogens” they might find.

Wait, what? What on Earth was America doing, building bio-labs housing high-threat pathogens, in far-away, politically unstable and notoriously corrupt Ukraine? Nothing, nope, nothing to see here, insisted the legacy media. Anyone who says different is spreading “Russian misinformation”. But then, the very existence of US-funded biolabs just across the border from Russia was long dismissed as “misinformation”.

Until it turned out to be true. In fact, there are possibly over 30 of them.

But, hey, surely there was nothing to hide, right? Except, apparently there was, judging by the rapid scrubbing of documents from the US embassy’s website — documents which were later re-uploaded, after an extraordinary admission by Under Secretary of State for Political Affairs, Paula Nuland.

U.S. senator Marco Rubio queried Victoria Nuland about the existence of these potential bio labs in Ukraine during a senate hearing, and much to his surprise she confirmed the presence of the labs and also that they contained weaponised biological agents that they now fear the Russians will indiscriminately use to start a world war.

The pentagon refers to these as bio research labs and bio containment labs and claim the programs are run in self defence […] The fact that they stockpiled and studied these deadly pathogens is in direct violation of article one of the prohibition of biological weapons. Article 1 – provision reads “undertaking never under any circumstances to develop, produce, stockpile, acquire or retain biological weapons.”

Nothing to see here, folks. The WHO says so, and we all trust them, right?

But it’s when we start sniffing along the money trail that things get really interesting.

The labs were funded by the US taxpayer, through the Defence Threat Reduction Agency. But working alongside the DTRA since 2003 has been a mysterious US company named Black and Veatch. Black and Veatch shares an office in Kiev with a company named Metabiota inc. Metabiota signed a $18.4million U.S. contract with the Department of Defence in 2014.

But who funded Metabiota in the first place? Hold on to your tinfoil hats, folks.

As the BFD has reported elsewhere, Rosemont Seneca Bohai LLC was the recipient of a $3.5m transfer from Burisma — the Ukrainian energy company that “employed” Hunter Biden in 2014. The company is owned and operated by a group including John Kerry and his family, and Hunter Biden.

As for Metabiota, they partnered with Peter Daszak’s EcoHealth Alliance: if that name sounds familiar, it should. EcoHealth Alliance is the group through which Anthony Fauci’s National Institute funnelled money to Wuhan, for illegal Gain of Function research.

It gets better, though: Daszak was one of the scientists hand-picked by the WHO to “investigate” the origins of covid in Wuhan — and who personally vouched that the lab’s deleted virus database was irrelevant to the pandemic’s origins. He also denied that bats were kept at the Wuhan lab… before retracting the denial.

Still not crazy enough for you?

Metabiota is working with CIA front In-Q-Tel funded by US Department of Defence, the National Institute of Health, Bill and Melinda Gates Foundation, Google, and National Geographic Society.

Metabiotas founder Nathan Wolfe a virologist sits on the board of the eco health alliance and is a member of Darpas Defence science research council. In 2011 Nathan Wolfe authored a book called The Viral Storm: The Dawn of a New Pandemic Age.

Gosh, how strangely prophetic of him. Even stranger, though, are the friends Wolfe thanked in the book: Jeffrey Epstein and Boris Nikolic.

Nikolic was, as it happens, named in Epstein’s will as his successor-executor. Wolfe, for his part, has been spotted with Ghislaine Maxwell on multiple occasions. Both Wolfe and Nikolic are minions of Klaus Schwab and his World Economic Forum.

Is your head spinning yet? You couldn’t make this stuff up. 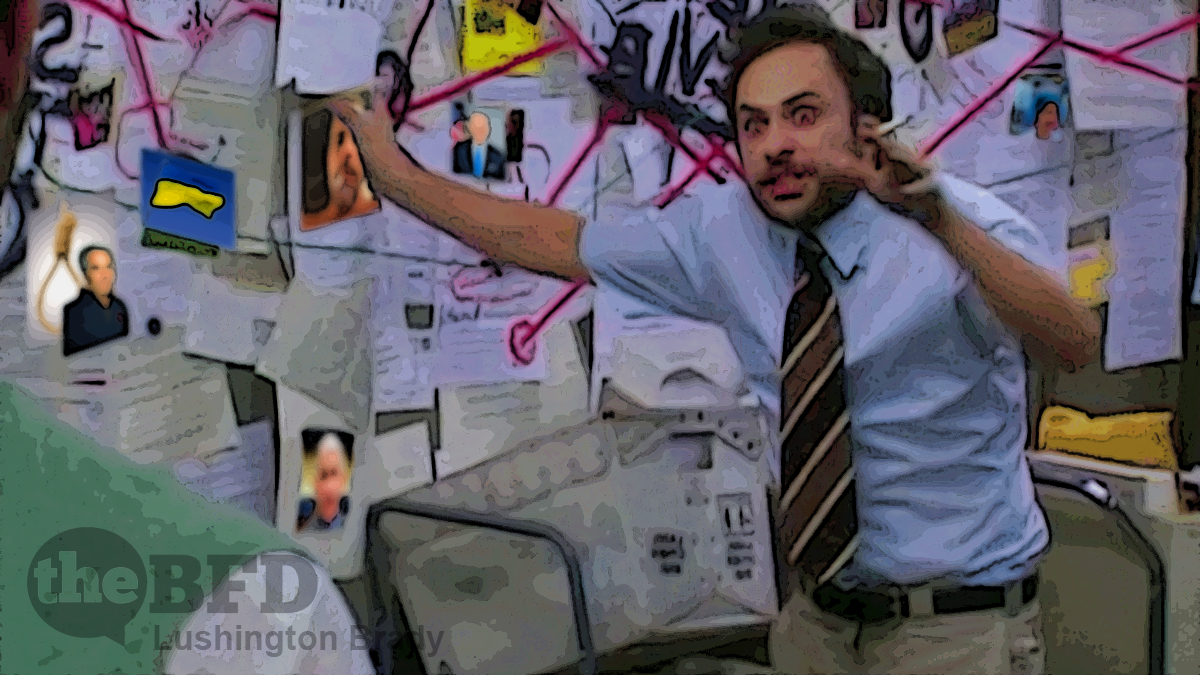