Skip to content
How not to do biosecurity. The BFD. Photoshop by Lushington Brady.

The cloud of circumstantial evidence around the “lab-leak” theory refuses to dissipate – and just got darker.

From the beginning of the pandemic, there were accusations that the virus causing COVID-19 resulted from a lab leak at the Wuhan Institute of Virology. That directly contradicted official claims that the virus emerged spontaneously from the Huanan Seafood Wholesale Market, 13 km away.

The lab-leak theory was derided by officials and the media as a “comic book conspiracy theory” for over a year. Suddenly, all that’s changed.

And the evidence, while still circumstantial, is getting stronger almost by the day.

Now, contrary to outraged denials from WHO investigators, video footage shows that bats were indeed kept at the WIV.

An official Chinese Academy of Sciences video to mark the launch of the new biosafety level 4 laboratory in May 2017 speaks about security precautions in place if “an accident” occurs and reveals there had been “intense clashes” with the French government during the construction of the laboratory.

The video shows bats held in a cage at the Wuhan Institute of Virology, along with a scientist feeding a worm to a bat.

We already knew that the WIV were researching coronaviruses in bats, right up to the outbreak of the pandemic. We also know that samples from bats were taken from a mine nearly 2,000 km away in Yunnan, where three miners died from a mysterious illness in 2012.

But the idea that live bats were kept at the WIV has been furiously denied.

US government officials investigating the origin of Covid-19 had questioned how a naturally occurring virus from bats in the Yunnan Province in southwestern China could have started a pandemic in Wuhan – a 20-hour drive away – without leaving any clusters or outbreaks along the way.

This revelation is crucial because it raises the possibility a lab employee may have become infected from a diseased bat housed in cages at the Wuhan institute.

The video contains other damning revelations. Construction of the Level-4 lab, the most secure type for handling biological material, was supposedly a joint Chinese-French project. But the French scientists and officials were evicted by the Chinese government, sparking concerns among French intelligence about the type of biological research China planned to undertake there.

In the video, the Deputy Director of the lab says that, when construction began, the Chinese researchers had “no prior experience in using and managing autoclave sterilisers nor life-support systems for personnel”. The footage shows a researcher, wearing what appears to be a simple cloth mask and nitrile gloves, handling a live bat. Footage of researchers catching bats shows a researcher wearing just a simple cloth mask, with a bat hanging from his hat.

Most ominously, the video suggests that WHO officials may have deliberately misled the world.

Peter Daszak should be a familiar name to BFD readers following this story. Daszak is President of EcoHealth Alliance, allegedly a key link in the money-chain from Anthony Fauci’s NIH and dangerous gain-of-function virus research at Wuhan.

Daszak, astonishingly, was appointed as part of the WHO team charged with investigating the WIV and its role in the origins of COVID-19.

The WHO team did not mention bats being kept there. Its sole reference to animals was in an annexe, which briefly noted its capacity to house live animals – naming only primates.

When the WHO team queried a key virus database that had been deleted at the WIV, it was Daszak who personally vouched that the missing database was irrelevant to the pandemic’s origins.

In one tweet in December, Dr Daszak said: “No BATS were sent to Wuhan lab for genetic analysis of viruses collected in the field. That’s not how this science works. We collect bat samples, send them to the lab. “We RELEASE bats where we catch them.”

In another tweet, he wrote: “This is a widely circulated conspiracy theory. This piece describes work I’m the lead on and labs I’ve collaborated with for 15 years. They DO NOT have live or dead bats in them.

“There is no evidence anywhere that this happened. It’s an error I hope will be corrected.”

This month, Dr Daszak appeared to retract his earlier denials and admitted the Wuhan Institute of Virology may have housed bats.
He also admitted the WHO team had not asked them about it.

There are none so blind as those busily pulling the wool over everyone’s eyes. 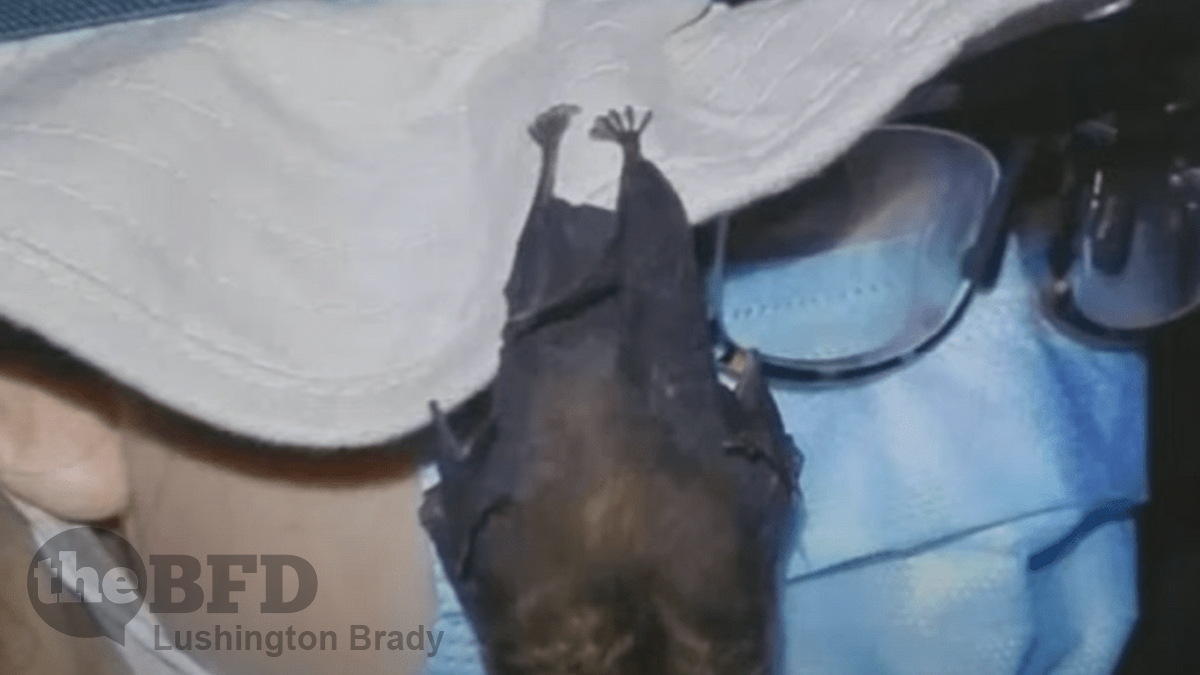