Skip to content
Your Body My Choice. Photoshopped image credit Pixy. The BFD.

There’s a fool on the Bowen Street hill, claiming Sunday last, that we’re in a position of advantage here in being behind the overseas pox outbreaks and therefore able to learn from them. The statement would have merit if she actually learned, but she doesn’t. Remember it was the pleas of a phantom Facebook friend that convinced her to act on Covid in late March 2020 (so she told us), not actual medical evidence.

She doesn’t do evidence and proof of that is the latest debacle of the rapid traffic-light change, necessary to “reduce transmission”. What a load of codswallop. It has no scientific basis – her mate Professor Baker spilt the beans on that myth two weeks ago in the Guardian:

“The traffic light system won’t help us very much because it was never designed to dampen down transmission, it was only designed to nudge people towards vaccination.”

If evidence mattered she wouldn’t encourage booster shots either. Already anecdotally associated with higher infection rates for some time and now confirmed in Public Health Scotland’s Winter report, published less than a week ago, it shows infections running upwards of 60% higher among the boosted relative to the filthy-few unvaccinated, while the double-dosed risk of infection is over 250% the rate of unvaxxed.

Perhaps the unvaxxed don’t get out as much? Perhaps the smugness of grasping a vaccine pass induces riskier behaviour? Who knows? Perhaps the natural immunity afforded some people as a result of T-cells activated by previous coronavirus infections like the common cold and variants – as reported by Imperial College, London two weeks ago (and still missing any mention in NZ MSM) – is actually weakened by mRNA and the shots + booster can’t replace it, let alone replicate it.

What the above stats don’t tell us is the severity of infection, but this publication certainly does, inferring very little difference between hospital or mortuary outcomes for the unvaxxed/one-shot/double-dosed cohorts but a considerable advantage to the turbo-boosted, but again: why? Is that due to more health-conscious behaviours of that group or proximity to the timing of the boost? In which case, will it wane? Evidence suggests it will.

I’m not anti-vax, at all. I respect your position either way; it’s your own business and should be nobody else’s. But what I refuse to respect is this despicable apartheid ‘traffic-light’ garbage, and the system author’s vomit-worthy, inane ramblings about ‘keeping us safe’ when it plainly won’t, can’t and was never designed to. It is no more than a cruel lie she’s foisting on the gullible. 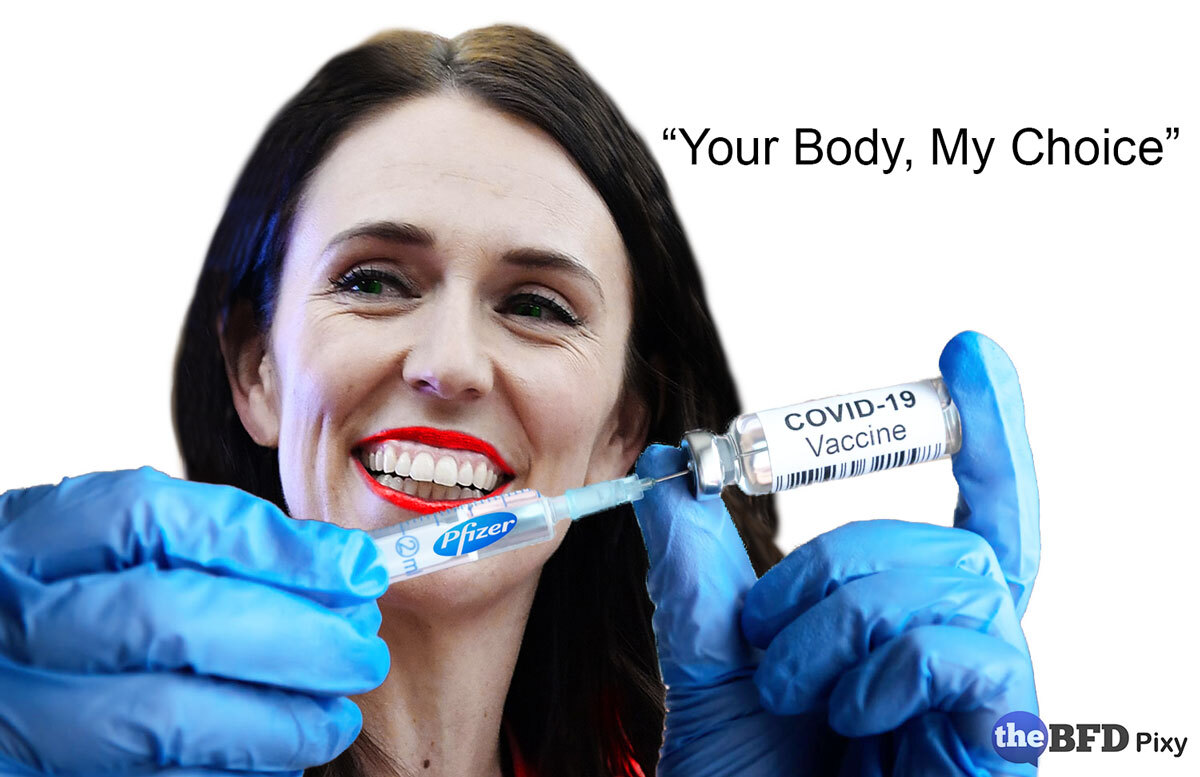