The Labour Government, which dropped the ball on MIQ, still claims New Zealand leads the world because we have the best Covid outcomes. This is getting tiresome. We hear it far too often from the prime minister and it is simply not true.

How does the Government measure success against Covid? The number of cases? The predicted 80,000 lives that would have been lost to Covid, matched against the actual 44 deaths, give or take?

New Zealand has NOT been operating freely for close to two years now. We haven’t been travelling or socialising. We are still staying home to save lives.

The real test of this Government’s handling of Covid is yet to come when we can travel freely and socialise without vaccine passports but the government is doing everything it can to prevent that from happening.

The following dialogue from Friday’s AM show with David Parker and Chris Bishop (standing in for Simon Bridges who was absent because of his injured son) is an example of the government’s predictable response when they come under criticism for underperforming by making promises they don’t keep.

Ryan Bridge said the government has given out 70,000 exemptions to people on day one who haven’t received their vaccine passes. He questioned whether the government had sufficient infrastructure when they hurriedly rolled them out, saying, “Some people have received exemptions they didn’t ask for and vice versa.”

“Well, I suppose the first point is more than three million people have already had their vaccine pass and we are rolling out a new system as we transition from border protection to vaccine protection. Yeah, there will be a few bugs in the system as there have been as we’ve done things urgently all the way through but I think it’s a pretty remarkable turnaround since, you know, Delta arrived in August.”

Parker is grasping at straws. What has Delta got to do with the My Vaccine Pass? Covid arrived in New Zealand nearly two years ago and, over a year ago in August 2020, the PM talked about vaccinating our way out of the pandemic.

New Zealand is “actively exploring all of the options” around a COVID-19 vaccine and Prime Minister Jacinda Ardern would not make it mandatory because she’s certain Kiwis would have the jab voluntarily.

The PM was wrong because not everyone bought into the Labour Government’s propaganda that the experimental vaccine was safe and effective.

Parker’s argument that the government waited until the arrival of Delta to consider vaccine passes does not make sense. The vaccine is effective against the original virus for a much shorter period than was anticipated and is less effective against Delta. Mandating vaccine passes for a vaccine with dubious effectiveness makes no sense at all, especially when it is not known if it protects against Omicron or future variants.

“Sorry, I just don’t accept that, it’s a shambles. I’ve been contacted by many New Zealanders who have been vaccinated overseas who can’t get their overseas vaccinations recognised in the system so they didn’t get a pass, did they. You know we get this – it’s unbelievable – the vaccine pass system starts today, at traffic light day, and you’ve got people who actually, literally, can’t get the passes and because they can’t get the passes they can’t go out for dinner tonight because they got vaccinated overseas.”

“No, no, David, these are people who applied on November 17th, the first day they were able to get their overseas vaccines recognised, and are now well beyond the 14 day window that they were told and they haven’t had their vaccines recognised. There’s a massive queue…”

Parker is suggesting the government pulled out all the stops at the last minute when any sane person would ask why they needed to do this at all when they had more than a year to plan for vaccination.

Ryan Bridge then said that the government should have been better prepared by planning for people not to rush the system at the same time. Parker responds with the tried and true lie.

“Our outcome for New Zealand is the best in the world. Every step along this process is hard. You know, you know… every piece of it is complicated, there is so much under the hood when you change the system from border protection to vaccine protection and I think it’s going outstandingly well.”

The Government should stop crowing about winning a war that is far from over. This is a distraction from the fact that they make a hash of most things they touch and Covid is no exception. If you can’t stand the heat, David Parker, you and your incompetent government should get out of the kitchen and let the grown-ups take over. 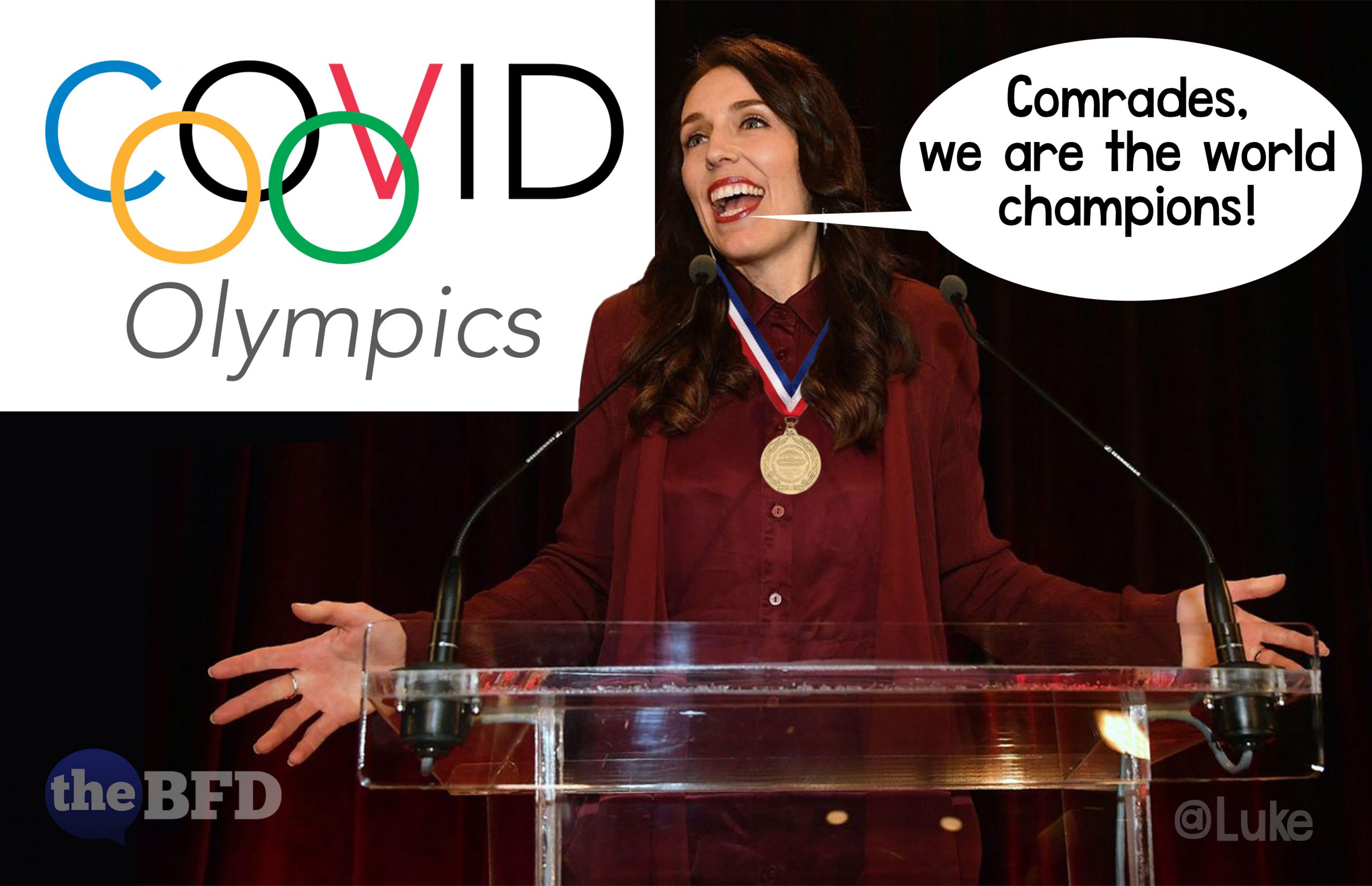