Last week we posted footage of a man being arrested and gang tackled by Police for not wearing a mask inside a Countdown supermarket in Christchurch.

This was the footage we obtained at the time:

We have now obtained three more videos recorded by him from the inside of Countdown, prior to his arrest:

As you can see the man is insistent but polite. The Countdown staff basically ignored him or told other staff to ignore him.

Stuff ran an article about the incident:

A man who allegedly refused to wear a face mask at a Countdown supermarket was wrestled to the ground by police and the public.

The 45-year-old Christchurch man will appear in the Christchurch District Court on Friday charged with alleged abusive behaviour and failing to wear a mask at Countdown Ferry Rd on Monday evening.

The man was reportedly acting aggressively towards supermarket staff, a police spokesperson said.

After officers wrestled him to the ground he was taken into custody and charged with disorderly behaviour, resisting police and wilful trespass.

But Stuff had not even spoken to the man concerned, only the Police. Their story can really only be described as Police propaganda. Unlike Stuff, I have contacted the man concerned and found out the truth of the whole situation and what you are about to find out will shock you.

Between the filming of the three videos in store and the video outside of the store, the man and his 12-year-old son, whom we have chosen not to name, voluntarily left the Countdown store after it was clear that the staff would not serve them unless they were wearing a mask.

When he left he went to the car park and then the Police arrived on site. The manager of the Countdown supermarket then came out to the car park, spoke briefly with Police, pointed at the man and his son and shouted, “That’s them!”

The Police, two male officers and a female officer, then advanced rapidly at the man who was standing still holding a camera. They shouted at him that he was under arrest. The man asked, “What for?” The first officer then swatted his hands to knock the camera out of them. He was then told, “civil disobedience”, and then the police accused him of resisting arrest, shouted loudly several times for him to stop resisting, then yelled that they had pepper spray. Moments later the man was sprayed in the face with pepper spray. The officers then retreated several paces and ordered him to kneel with his hands behind his back which he then did.

This is the point that the last video plays. You see the man kneeling, still, with his hands behind his back. That was when the Police officers gang tackled him to the ground. He was not at any stage resisting arrest.

At no stage prior to this was he asked his name, any other details or asked to comply with any lawful order. He was simply informed that he was under arrest, assaulted to knock his camera away, falsely accused of resisting arrest and then pepper-sprayed before being gang tackled by the over-zealous police officers.

We then can see what ensued next as the Police continued to assault him and kneel across his neck in order to restrain him.

When the man was taken to the station, he was then issued with a trespass notice and then also charged with trespassing even though at no stage was he ever informed by either Countdown or the Police that he was trespassing.

With trespass you must be given a chance to comply and leave. At no stage was this man given that chance. In fact, it could be argued that, even if he was somehow informed of the trespass order, he did actually comply by leaving the store voluntarily.

The Police have clearly over-reacted and about the only thing that may mitigate their over-bearing and hostile nature was that they were misled about the circumstances of the man’s interactions with Countdown staff by the Countdown manager.

In any case, this is an egregious over-stepping by Police who should have handled this in a calmer manner. It is obvious that the man posed no threat to anyone. Reckless pepper-spraying followed by aggressive and physical arrest processes should not be the norm, and it should not be the norm for dealing with someone not wearing a mask.

Remember too that this was in Christchurch where there are zero cases of Covid and haven’t been any for more than a year.

What is more shameful is that we are letting this happen in our country. We must take a stand against police over-reach. They must follow the law as much as anyone else. Sadly with these lockdowns we have seen repeated lawbreaking by Police, especially regarding the legality of the lockdown.

It is shameful that our police just seem to have waded in, boots and all, and resorted to the use of pepper spray before even having a conversation with the man.

They have contrived to present, in the heat of the moment, a false narrative that the man was resisting arrest when he clearly wasn’t. They then perpetrated the assault on the man in a violent and uncalled for manner and then trumped up unwarranted trespass charges and charges of non-compliance when he was not at any time directed to comply with lawful orders by someone with the necessary authority to issue those orders. At no stage prior to them interacting with this unfortunate man have the Police bothered to ascertain salient facts.

This is nothing short of Police over-reach. It must be opposed at every step otherwise we are now living in a police state. It is also a story of media failure. They failed to investigate and simply reproduced the convenient tale as told to them by Police intent on covering up their over-reach.

No media have spoken to or even tried to speak to this man other than The BFD. That speaks volumes and proves without a shadow of a doubt that the mainstream media are no longer independent. They are in fact state-controlled media working hand in glove with the very strong arm of the Police. 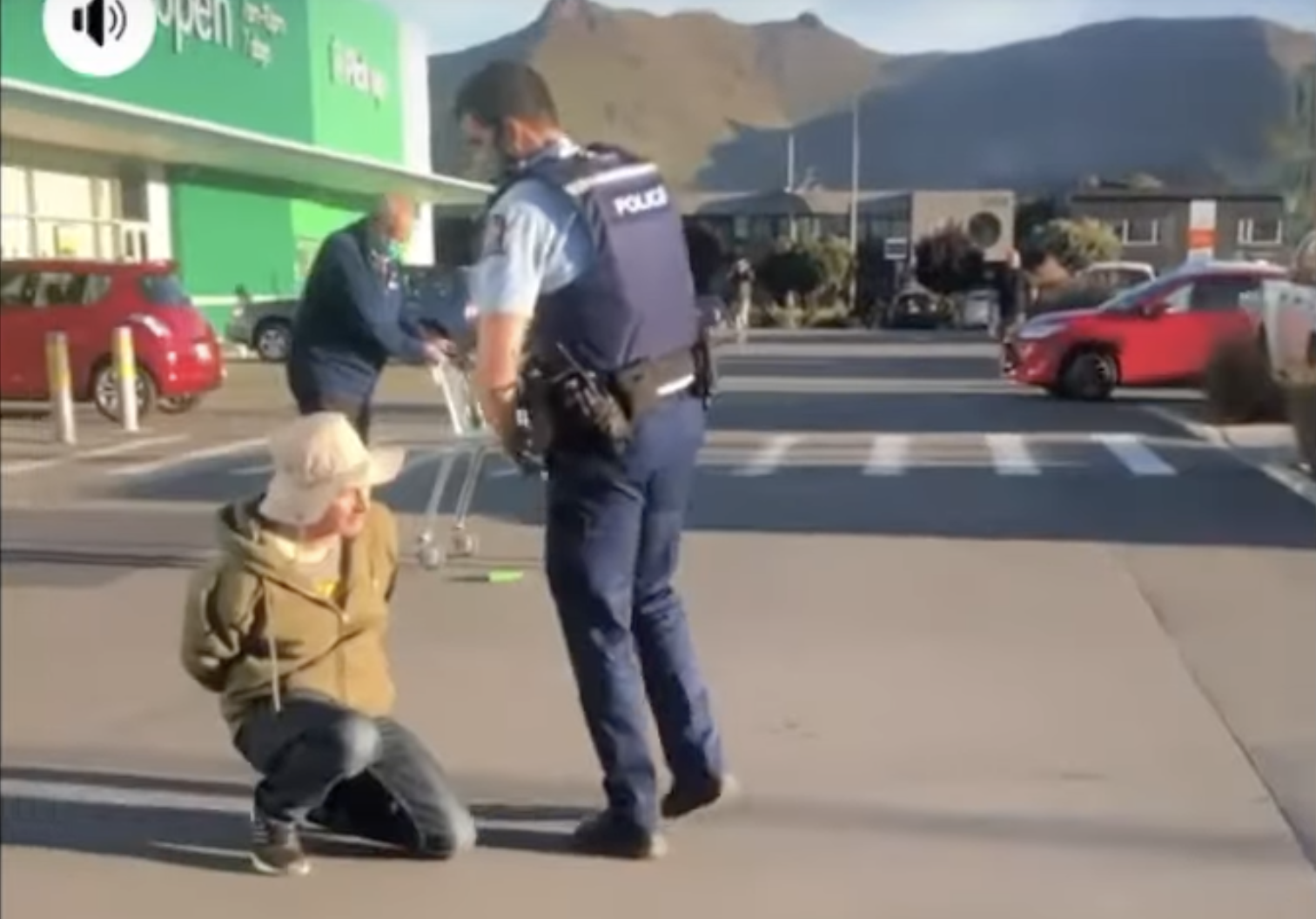