Pastor James Coates, of GraceLife Church, Alberta, Canada, has been jailed, for the new “crime” of holding church services for more people than the government’s mandated maximum capacity of his church hall under Covid rules. They were allowed to hold church services – but had more people attend than the new rules allowed.

Pastor James Coates held a church service on Feb 14. RCMP asked him to turn himself in yesterday, which he did. He is now being held in jail unless he commits to cease holding church services. He could not, in good conscience, agree to this condition.#churchismorethanessential pic.twitter.com/mBzKXj1bn9

I believe this is the first mainstream pastor ever jailed in Canada, if not the entire English-speaking world in the last century or so, simply for mainstream preaching / church activities (not for regular crimes).

He was arrested, and then had a bail hearing which has been described as secretive by some, where the decision was made that he could be released on bail – but only if he promised not to preach to his congregation. He could not honestly agree to those terms, so remains imprisoned until trial. Any Christian will well understand why he could not agree to those terms.

The below video is his final sermon before being jailed. I strongly recommend that everyone watches it – including non-Christians – before it is banned from the internet. The subject is “Directing Government to its Duty.” In it, he elaborates clearly what the role of government is, versus what the role of the individual is – what the government can legitimately command and what is outside its legitimate area of action. He particularly focusses on the question of whether the government is there to protect life (regardless of the cost to liberty), or to protect liberty (regardless of the risk to life). He also questions whether the COVID rules constitute “persecution” of the church and whether that question even matters. He does all this without dismissing the medical risks.

Anyone willing to stick by their convictions to the point of going to jail for it deserves to receive our full attention. So I strongly encourage you to watch his final message before he went to prison.

And for those of you who pray – do pray for him and his church, but most importantly his wife and children who will be having a rather difficult time of this.

“And when they had brought them, they set them before the council. And the high priest questioned them,
saying, “We strictly charged you not to teach in this name, yet here you have filled Jerusalem with your teaching, and you intend to bring this man’s blood upon us.”
But Peter and the apostles answered, “We must obey God rather than men.”
…
and when they had called in the apostles, they beat them and charged them not to speak in the name of Jesus, and let them go.
Then they left the presence of the council, rejoicing that they were counted worthy to suffer dishonor for the name.
And every day, in the temple and from house to house, they did not cease teaching and preaching that the Christ is Jesus.”

Note: This video may be deleted by YouTube at any moment, if you can’t watch it right now I suggest downloading and saving at least the audio to listen to later, search the net for “youtube downloader” to find out how.

Alternative link to audio of sermon if the YouTube video is unavailable:https://gracelife.ca/sermons/directing-government/

Interview with his lawyer, explaining the situation in detail:https://www.youtube.com/watch?v=b9LqqdG2p74

Editor’s Note: A Canadian politician justified the action saying that the Paster was jailed for breaking covid rules not preaching. 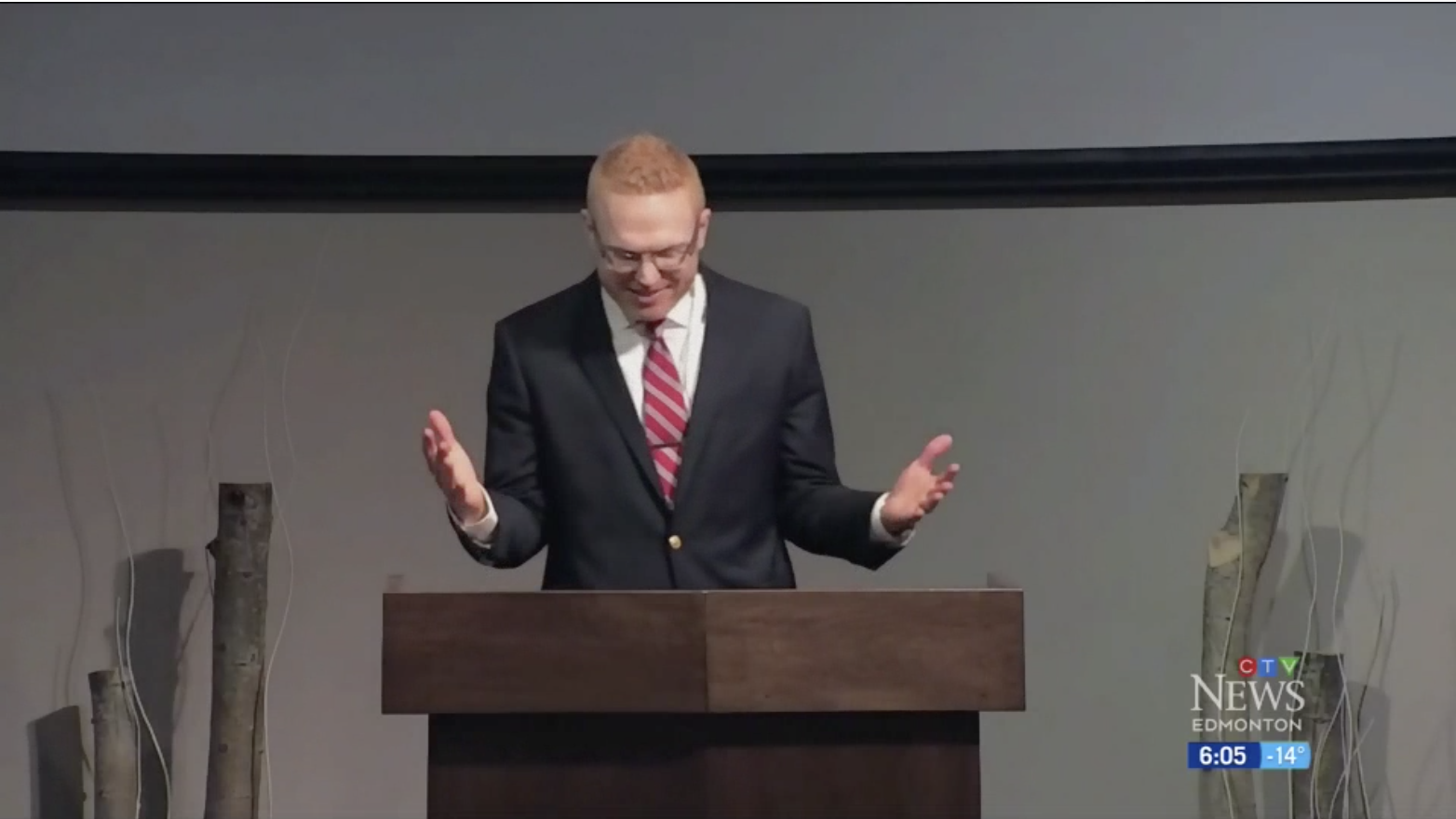