I was going to take a break from reporting on the brutality and aggression being inflicted upon the inhabitants of Myanmar by the authorities and give a flavour of the kind of protests now taking place.

Previously I have mentioned the volume of broken-down cars blocking the roads. The day before this happened messages were circulating on social media exhorting the drivers that cars musn’t break down tomorrow. The following day they were exhorted to drive very fast to get to work quicker. Sure enough in typical Burmese fashion this resulted in people driving as slowly as they could. Coded messages such as this are becoming common place.

Yesterday there was a warning issued on social media that slippery onions were on sale in the markets and consumers should be careful with them. Sure enough, there were cases of slippery onions falling from the grasp of their purchasers whilst they were crossing the road. Sure, enough this concern for road safety resulted in delays to the traffic flow in Yangon.

Outside the Us Embassy.

The three-fingered salute has really taken hold and been adopted as the national symbol of resistance. As I was writing this, reports have started to come in that made me change my mind.

In Pyay, North West of Yangon, shop owners went out to support the protestors, so the police exacted revenge on them for their temerity in supporting the demonstration.

In Mandalay, the second-largest city, two people were shot dead, ambulances were shot up and riddled with bullets and police refused medics permission to treat the wounded. Random beatings are becoming the norm which is counter productive as it makes the people more determined to resist. This is not going to end well. The economy is going down the tubes, the violence perpetrated by the police is becoming a habit and it will escalate.

Elderly Woman Being Encouraged to Move On.

The use of sniper rifles is becoming commonplace. Below is one shown in the area where one death occurred.

They are soldiers assisting the police.

There are now reports of 3 dead in Mandalay, one of whom was a 16-year-old boy who went to help an injured protestor and was shot in the head by a sniper.  There are too many cases of head wounds for them to be random hits and not deliberate policy. Unconfirmed reports say that a further 5 injured are on the way to hospital but are in critical condition. Many more injured at the Yadanabon shipyard in Mandalay.

The latest weapon of choice are screws fired from catapults.

These either cause terrible flesh and head wounds or are fired into the ground to slow down people running away allowing the police to pick them off and arrest them.

This can’t have been accidental, it must be policy.

This protester was “lucky” and got to hospital.

I will keep sending reports from Myanmar, but it is getting more and more distressing. I am trying to keep emotion out of it and stick to reporting facts with some opinion, but it is becoming increasingly difficult.

First their democracy was stolen, now their lives. The #Myanmar military will PAY for their crime. https://t.co/EGGvNIkI8q 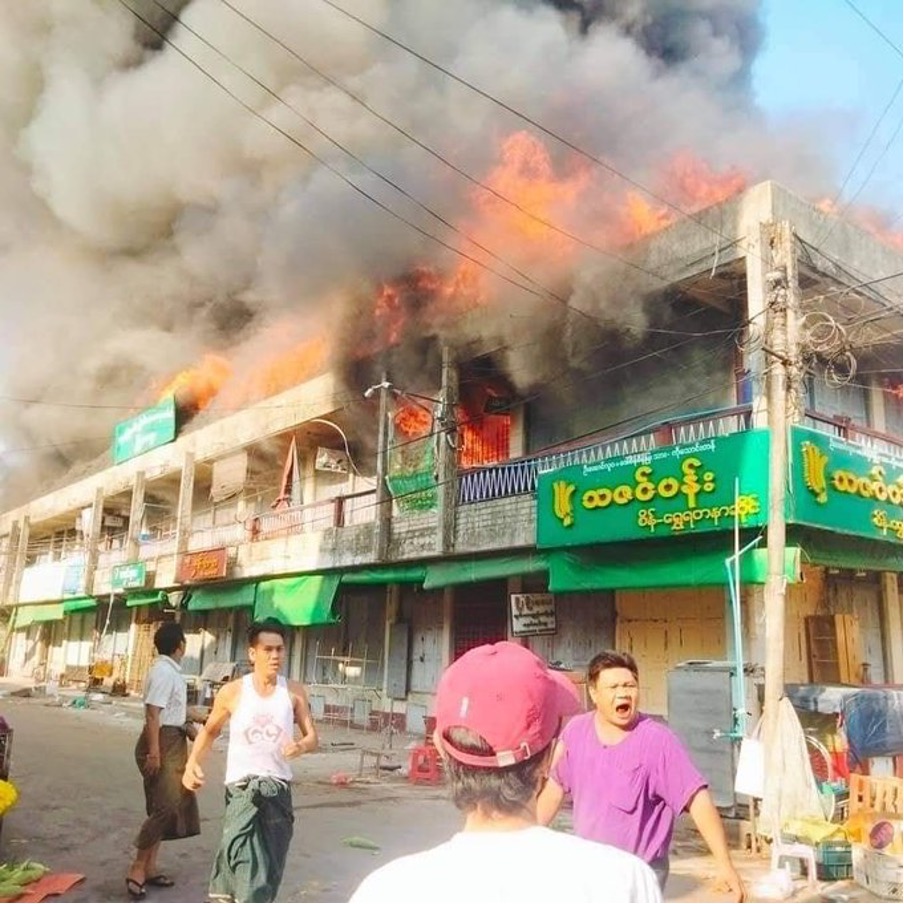