Skip to content
The consequences of conspiracy theory. The BFD.

It’s been over six months since I first wrote that “Black Lives Matter” is a violent, barking-mad conspiracy theory, totally unhinged from reality. Before that, journalist Jim Goad put it mildly when he wrote, “the entire Black Lives Matter phenomenon is moored in lies and rampaging innumeracy.”

Black American scholar Wilfred Reilly is slightly more circumspect, but his scholarly evidence is devastating and indisputable: the entire narrative behind the Black Lives Matter movement is a farrago of lies and baseless conspiracy theories.

The narrative behind movements like Black Lives Matter contends that hundreds – if not thousands – of black Americans are murdered by the state on an annual basis, that harassment and abuse of blacks by whites is constant, and that virtually all gaps in performance between racial groups must reflect hidden racism. These claims are almost universally false. But they have been accepted as conventional wisdom.

Despite being completely false, the lies of BLM are trotted out by the cretinous legacy media as indisputable fact. It’s also a nice money-spinner for its proponents.

The ‘all gaps stem from racism’ point has made the career of Dr Ibram X Kendi, author of such works as How to be an Antiracist and Antiracist Baby. Kendi specifically contends that any large-group performance gap has to be due to racism. Twitter CEO Jack Dorsey recently gifted Dr Kendi with a $10million bequest, to help him share arguments like this with an even larger audience[…]

In fact, while no one denies some bigotry endures, it is remarkable that an argument so demonstrably untrue has reached such an uncritical level of near-global acceptance.

The simple fact that modern America, like the rest of the West, is possibly the least racist society in human history. The idea that it is “systemically racist” is, quite simply, utterly ludicrous.

It’s not like the BLM liars and their camp-followers don’t have access to decades of scholarly research which comprehensively disproves their bullshit.

Thirty years ago, economist June O’Neill unpacked a well-known ratio of 82:100 for the earnings of black vs white men. Less technically put, black guys made about 80 cents for each dollar that white guys earned. This gap was – then as now – almost universally attributed to racism. But O’Neill pointed out that simply adjusting for variables like median age, where someone lives and years of education closed the gap substantially[…]

Adding tested IQ to the equation closed the ratio to 95.5:100, and adjusting for years of work experience (which is closely related to age) closed it to 99.1:100. O’Neill followed up this research in 2005, finding similar results. Controversial as it sounds in our hyper-politicised society, people of different races with the same qualifications succeed to roughly the same degree today.

Further demolishing the BLM lie of “white supremacy” is the objective fact that whites sit far from the top of the income pyramid in America.

Most of the highest-performing groups in the United States are not white. As per the 2019 American Community Survey, the wealthiest group of Americans is not Anglo-Saxon ‘WASPs’ – or Jews as is often claimed – but Indian Americans, with a median household income of $135,816. Taiwanese Americans come in second place, at $102,405. All in all, seven of the 10 highest-earning groups – Indians, Taiwanese, Filipinos, Indonesians, Pakistanis, Iranians and Lebanese Americans – are not ‘white’ as this term is generally conceptualised.

So, we can once and for all dispense with the lies of the BLM movement about “systemic racism”.

More importantly, we can and should point out the hideous fact that BLM is itself very, very racist.

Wonky data aside, a second problem with the ‘hidden evil’ narrative is how incredibly insulting it is to most Americans. The complaint that ‘microaggressions’ and ‘implicit bias’ contribute to racial oppression implies that many or most of my fellow citizens are extraordinarily bigoted, and are either lying to me about this while pretending to be my friends or are completely lacking in self-awareness. But, aside from the self-serving, worthless results of implicit-bias tests, there is very little evidence that this is actually the case.

Nonetheless, it has become an article of faith for the left that whites – all whites – are inherently racist.

There’s a word for an ideology that propounds a sweeping prejudice against a whole group solely on the basis of skin colour.

The KKK are a ludicrous, vanishingly tiny group who represent less than 0.0025% of Americans. The Klan With a Tan, on the other hand, is the dominant ideology of the 80 million Americans who supposedly voted for the Democrats in 2020.

So, maybe America does have a problem with racism – but it ain’t “white supremacy”. 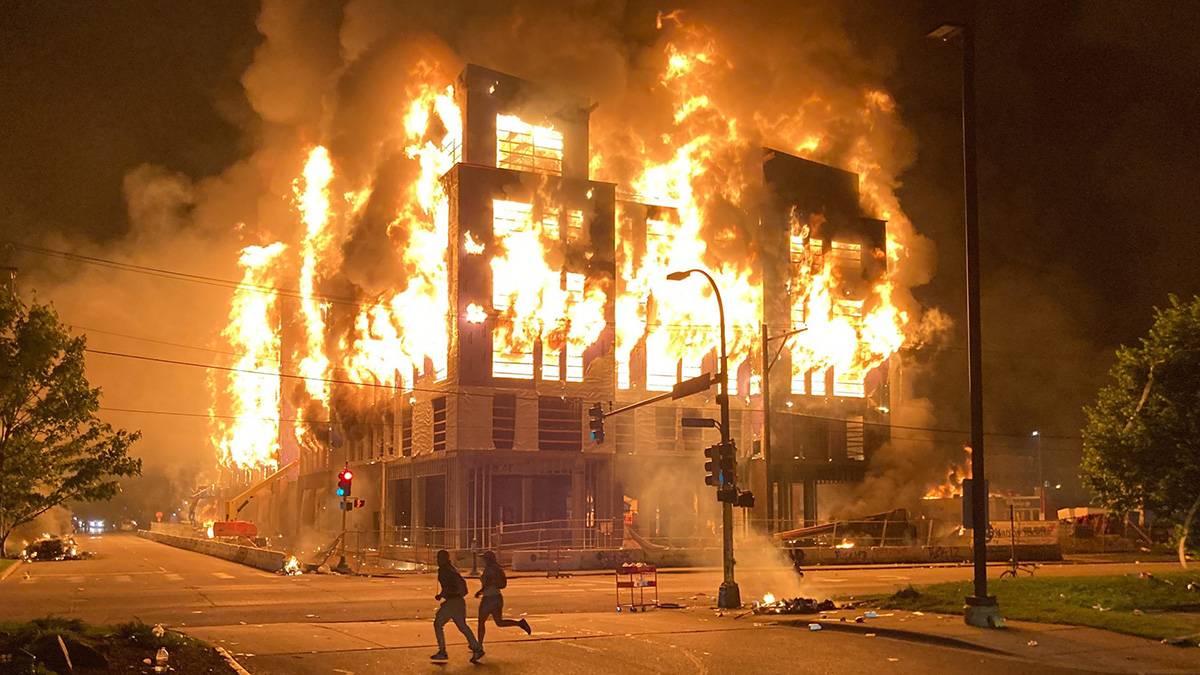