Skip to content
Big Zuck and his Ministry of Truth. The BFD. Photoshop by Lushington Brady.

When the Chinese Communist Party brought the ban-hammer down on Australian exports, from wine to barley, they no doubt expected it to be the short, sharp shock “disrespectful” Australia needed. Instead, it was Beijing which was shocked. Far from folding immediately and begging for forgiveness (and money) from China, the Australian government stood firm. Even as China doubled down on its bullying, the Morrison government, with admirable backbone, refused to buckle.

It’s a lesson Mark Zuckerberg ought perhaps to have considered before smashing Australia with his own ban-hammer.

Facebook’s snap decision to pull the plug on all news items for its Australian users is shaping up as a spectacular own goal.

As Australians adjust to a brave new world without news on Facebook, experts have started to analyse the long-term impact of the drastic move – and it doesn’t look good for the social media giant.

It particularly doesn’t look good when Facebook’s draconian move has wiped charities, emergency services and even weather services off the Australian Facebook map.

The family of Hannah Clarke have lashed out at Facebook after the beloved mum’s charity was wiped from Facebook, a day before the anniversary of the horrific [domestic murder…]

Facebook’s sweeping ban in Australia yesterday saw the charity, which has advocated for stronger domestic violence laws, lose all of its posts[…]

Small Steps 4 Hannah wasn’t the only charity to be hit by the blanket Facebook ban yesterday.

Counselling services, Aboriginal charities, women’s services, emergency services – including police and government pages – even the Bureau of Meteorology were all nuked by Facebook.

The shock decision was made in retaliation to Australia’s proposed new Media Bargaining law, with the federal government pushing forward with a plan to force social media giants to pay for news content.

Bear in mind that Facebook has already reached an agreement with the UK government over similar laws. Like China, it is trying to bully a smaller power in order to send a message to others.

Naturally, despite the laws being supported by all the major parties, some of the left, their brains addled by Murdoch Derangement Syndrome, are rallying to support a global hyper-corporation over their own government. Equally naturally, the media are attacking Facebook.

But, tellingly, even some academics are publishing op-eds in leftist outlets, calling it a bad move by the Big Tech titan.

But according to Swinburne University of Technology media and communications lecturer Diana Bossio, while the news exodus would cause some “short-term negative impacts” for Australians, it might have shot itself in the foot in the process.

In a piece penned for The Conversation yesterday, Dr Bossio said local Facebook users would be inconvenienced by the lack of news, the fact that a slew of government and charity pages had also gone dark, and by a “short-term proliferation of misinformation as Facebook’s news feed will have a vacuum of professionally sourced and fact-checked news”, with smaller, independent news organisations most at risk by the exit.

The latter statement is a mixed bag of laughability and a shrewd point. The idea that Facebook is a source of “fact-checked news” is garbage: so-called “fact-checking” is really a thinly disguised effort by Big Tech to control the mainstream media narrative. Many comments on Facebook actually celebrated the loss of mainstream media feeds, for exactly that reason.

But it is true that Facebook is kicking the little guys in order to try and bully the big guys. The big media companies have enough “presence” that they will easily survive without Facebook. But many small, new media publishers rightly or wrongly depend on Facebook.

More importantly, though, Facebook has reinforced in the most brutal fashion that it is an unconscionable bully: a deeply unethical global mega-corporation that considers itself accountable to no one.

But she said “the reputational damage from blocking important sites that serve Australia’s public interest overnight – and yet taking years to get on top of user privacy breaches and misinformation – undermines the legitimacy of the platform and its claimed civic intentions”.

“Facebook’s actions may send a message to the government, but they will also send one to their Australian users,” Dr Bossio wrote.

Meanwhile, if Mark Zuckerberg thought that Australians denied news on Facebook would simply collapse into tearful heaps, he apparently forgot that even us mere minions are quite capable of navigating the Web. While the internet has funded Big Tech billionaires, it has also opened an extraordinary web of options for ordinary users. As companies from Fox News to Twitter have found, one scandal too far is enough to send users packing in droves and drive down share prices.

Netizens can only be bullied so far before they and their money walk. 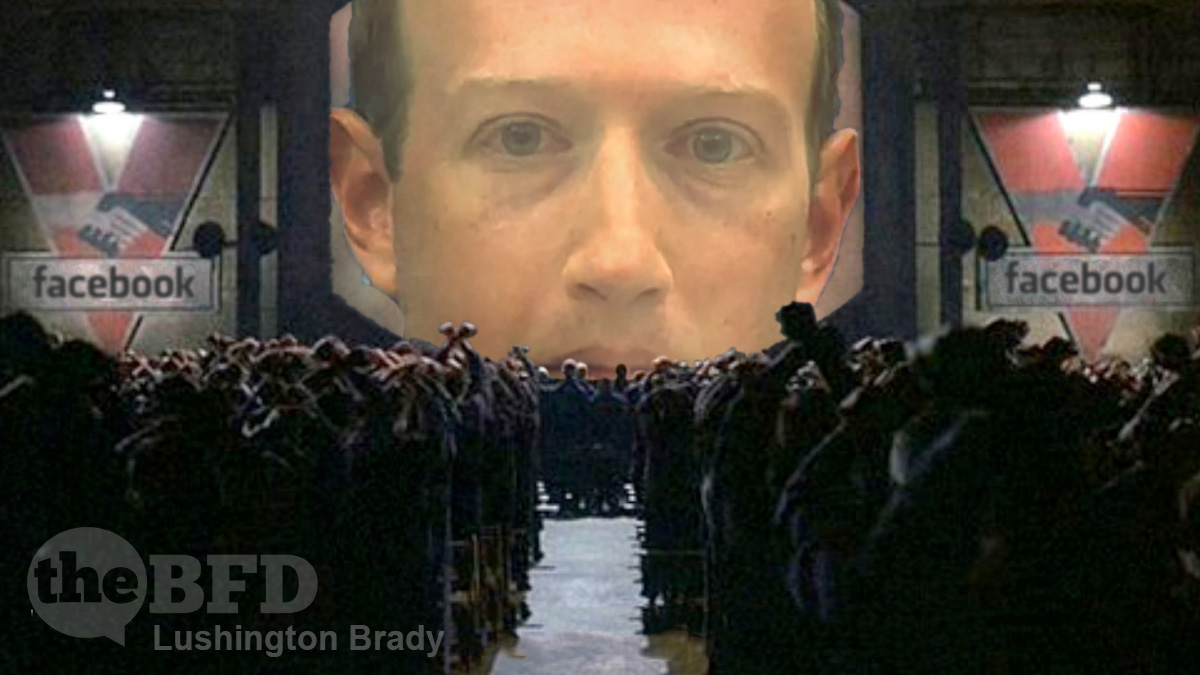