Skip to content
Picture frames and the bust of Cesar Chavez behind the Resolute Desk in the Oval Office on Wednesday. Image credit The BFD

Because they haven’t got a clue (the gormless New Zealand press) today’s puff-piece on President Biden’s Oval Office make-over needs to be expanded somewhat:

Still obsessed with departed President Trump we hear the deep and meaningful significance of the items that are gone, good riddance, along with bad’ol Orange-man, including:

“the portrait of former President Andrew Jackson that Trump hung in his office. Trump and Jackson both ran as populists, and Jackson was the first president to be directly elected and he proposed ending the electoral college. But for many the decision [to display Jackson’s portrait] reinforced some of the allegations of racism coming from the White House, Jackson kept enslaved people and signed the Indian Removal Act…”

But we hear nothing, at all, of the new centrepiece, the new star among the furnishings, placed prominently behind the Resolute Desk, perhaps the most photographed desk in American history, despite the story featuring a pic of the very appropriate bust:

Chavez inventively used gangs of goons run by his relations to patrol the Mexican border beating, robbing and generally dis-incentivising those who attempted to enter the USA, including one poor fellow who was separated from both his family and manhood-bits to set an example to others. All this while bribing border-police to look the other way.

Inspired by evil Mao, Chavez ignited his own cultural revolution within the union purging all dissenters, including rellies, and insisted on his installation as numero-uno for life. It’s the communist way.

Chavez eventually tried to commercialise the UFW as it waned in the 1980’s, selling apparel and memorabilia for profit while insisting his toilers slave for no pay on his commune, using the funds banked to branch into commercial real-estate, building complexes using cheap ‘non-unionised’ labour, a fact which caused close philosophical brothers in arms to cough, describing the revelation as an “embarrasment”.

A fraudster, a con-man, in the Oval Office, why, who would have thought? 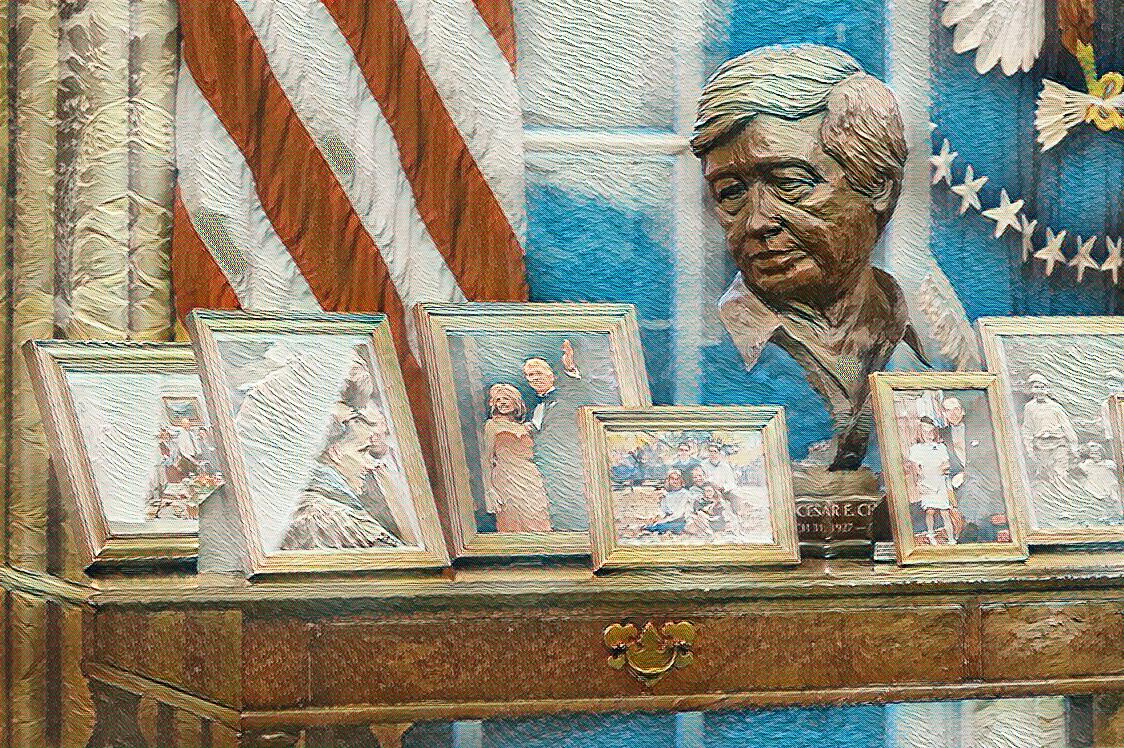