Skip to content
"Mine...all mine!" The BFD. Photoshop by Lushington Brady.

In J K Rowling’s Harry Potter and the Order of the Phoenix, the venal Professor Dolores Umbridge begins her tenure at Hogwarts with a speech that is both mind-numbing and sinister. While nearly everyone else snoozes off, Hermione listens with growing unease. “There was some important stuff in the waffle”, she warns her fellow students.

The same might be said for the the WHO’s Independent Panel for Pandemic Preparedness and Response report. While it is being breathlessly hailed by the media for “criticising” China, its real agenda has been completely ignored.

The Panel, co-chaired by New Zealand’s own globalist shill, Helen Clark, is laying the groundwork for a “global reset”.

The panel reported on Monday that China had been too slow to act and was critical of the World Health Organisation for not declaring an international emergency until January 30.

Well, thank you, Captain Obvious. That China, and the WHO itself, were too slow to act might surprise some lost tribe in the deepest Amazon jungle, or Chinese citizens fed a steady diet of tosh by state media, but everyone else figured that out for themselves some time back in March, 2020. We really needed a high-powered UN panel on a nice little junket to tell us what we already knew.

Of course, the “independent review” doesn’t answer the really meaty questions, such as where and how the virus originated.

But that’s not the part of the report which should really be setting alarm bells clanging.

The WHO panel has called for a “global reset” and said that it would make recommendations in a final report to health ministers from the WHO’s 194 member states in May. Ms Sirleaf and Ms Clark noted repeatedly that the WHO’s ability to enforce its advice, or enter countries to investigate the source of disease outbreaks, is severely curtailed. They said the pandemic had shown that the WHO’s member states must act swiftly to reform the agency, boost its funding, and give it powers to enforce international health regulations.

They don’t stop there, though.

We’re repeatedly told that talk of a “great reset” is just so much conspiracy-theory nonsense. Except that the peak globalist institutions are openly touting it. Besides the IMF and the WEF, and their assurances that “you will own nothing and you will be happy” (where’ve we heard that before?), here we have a UN agency explicitly touting a “global reset”.

Lest you think they’re merely talking about health systems, their agenda is hidden in plain sight amongst reams of bureaucratic waffle (emphasis added).

The Panel believes that the COVID-19 pandemic must be a catalyst for fundamental and systemic change[…]Institutions across the policy spectrum, not just in health, must be part of effective pandemic preparedness and response. A new global framework is needed[…]building the capacity to respond effectively to them must be seen as a collective investment in mutual human security and wellbeing[…]

The Panel believes that such a global reset is achievable, and its report in May will set out recommendations to that end. To be implemented, they will need the global community to come together with a shared sense of purpose and to leave no actor outside the circle of commitment to transformative change.

So, they’re not saying exactly what this “global reset” will look like – yet – but it’s quite clear where they’re headed.

Media and social media: Amid dark nods to an “infodemic” and “misinformation”, the Panel will propose ways to “strengthen” and “shape the communication environment”. The UN will be our sole source of truth.

Open borders: The report proclaims “the urgent need for universal health coverage” for “all migrants regardless of their legal status”. That would be illegal immigrants and queue-jumping boat people, then.

The economy: “There are critical feedback loops between epidemic control and economic activity”, the report says. Lest you think that merely means that rich countries are better placed to fight the Chinese virus, the report makes its real agenda clear: “social protection and labour regulation measures are key levers”.

It’s all there: “enact fundamental change”, “societal changes, and systemic inequalities”. These unscrupulous shills are determined to exploit the Chinese Plague to leave no facet of our lives untouched.

Tell me again how the Great Reset is just a conspiracy theory. 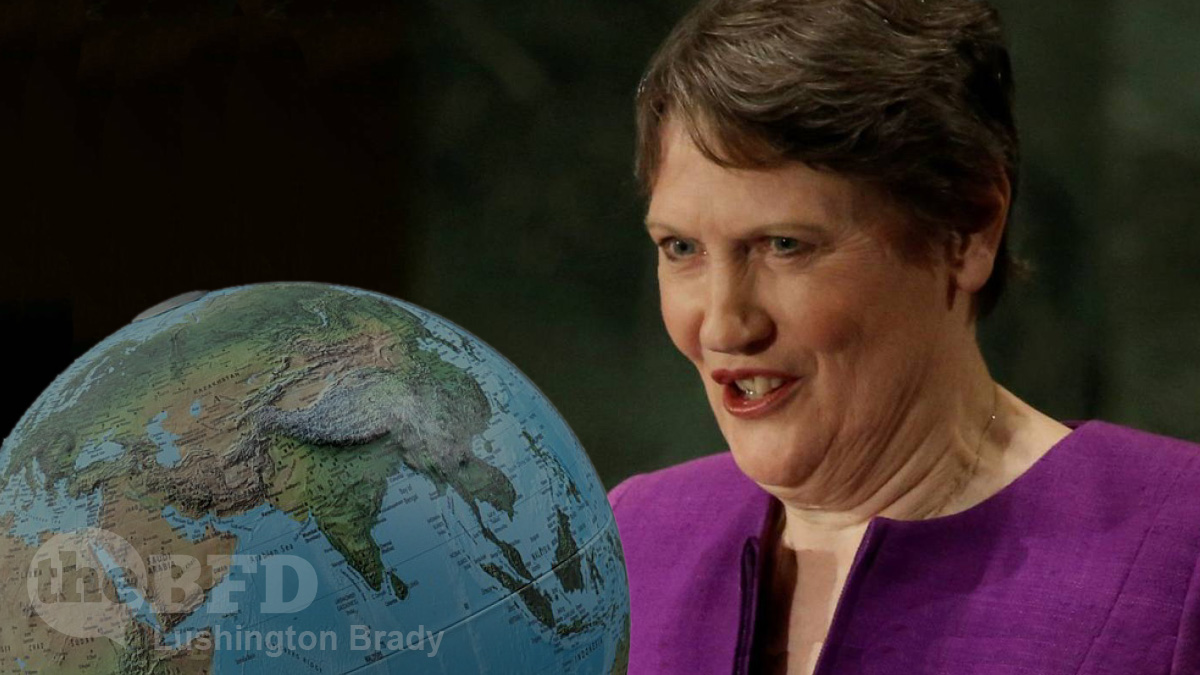