The fear-mongering and softening us up for a worsening health situation has begun in earnest. This is how the Prime Minister intends to win the election.

Dr Ashley Bloomfield is now echoing the re-emergence of Chinese plague Government adverts bombarding us all by stating we should “brace” for a second wave.

The country’s top health official today reiterated a dire warning that New Zealand should brace for a second wave of Covid-19 to sweep through the community, similar to the outbreak wreaking havoc in Victoria.

Director general of health Dr Ashley Bloomfield said the health ministry had been sounding the warning about the prospect of community transmission in recent weeks and was now gearing up for the likely prospect.

It’s been more than three months since the last case of Covid-19 was contracted in the community. In the past 95 days all Covid infections have been detected and contained at the border as ill people return to New Zealand. There are currently 22 active cases in quarantine.

All that tells us is that, despite the claims of the Prime Minister and the Government that we have slayed the Chinese Plague, we in fact have not.

Dr Ashley Bloomfield, far from being a hero and Jacinda Ardern, even further away from being our saviour, have failed.

If they are warning of community transmission it can only have come through the border, and that’s on them.

People are seriously retarded if they ever thought that the party that failed to even build 500 houses in three years, despite promising to build 30,000 and then 16,000, were ever going to be able to manage quarantine.

Now we know they’ve failed, otherwise why the dire warning?

Another outbreak and lockdown will be proof they’ve failed. They told us that the virus had been eliminated, that we all did well by following illegal orders. If there is community transmission then quarantine at the border failed.

When you claim you’ve saved us and are going to continue to claim it, then when it all goes bad there is only one person to blame. That’s the person claiming all the credit.

And just on that, the public who are stupidly claiming that Jacinda did well should ask themselves just precisely who else could have done that when we only have one Prime Minister. Whoever had been the Prime Minister would have been in the unique position to hog all the limelight and make similar claims. Little Miss Ardern isn’t special.

Now if we have community transmission again, it has to be their fault. The plague wasn’t eliminated, the testing wasn’t sufficient and the borders weren’t secure.

The problem now is, how on earth will the economy survive another lockdown? And if they do have a lockdown again how do we know that it will work this time when the last one failed?

Isn’t doing the same thing over and over again and expecting a different outcome the very definition of stupidity?

And what is the Government and Jacinda Ardern going to do now that WHO has said there is no ‘silver bullet’ for the Chinese plague?

We can’t stay isolated forever. At some point we have to join the rest of the world and then New Zealand will be months behind where the rest of the world has got to…and that is going to tank the economy even more as we go through what the UK, Italy, Victoria and the USA went through months later than they did.

Far from being our saviour, Jacinda Ardern has in fact shown herself to be the devil in disguise, and now we are to suffer purgatory and plagues because of it.

If you enjoyed this BFD article share it with a friend. 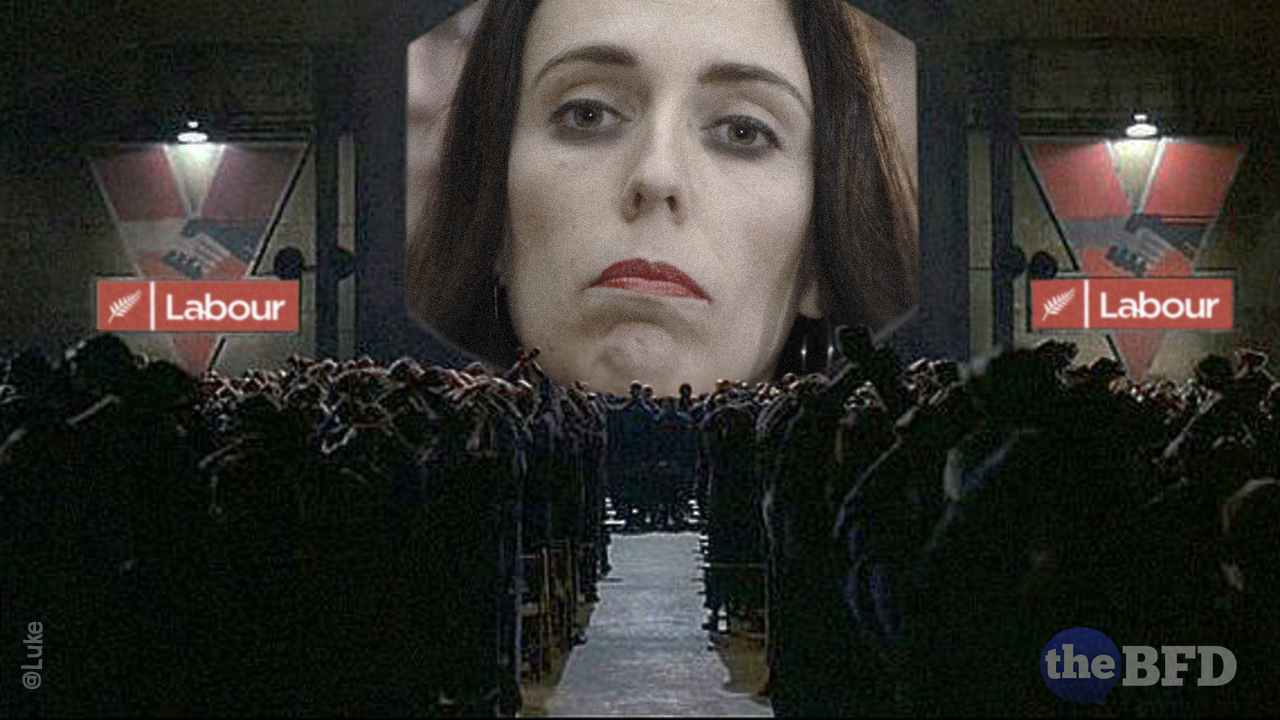