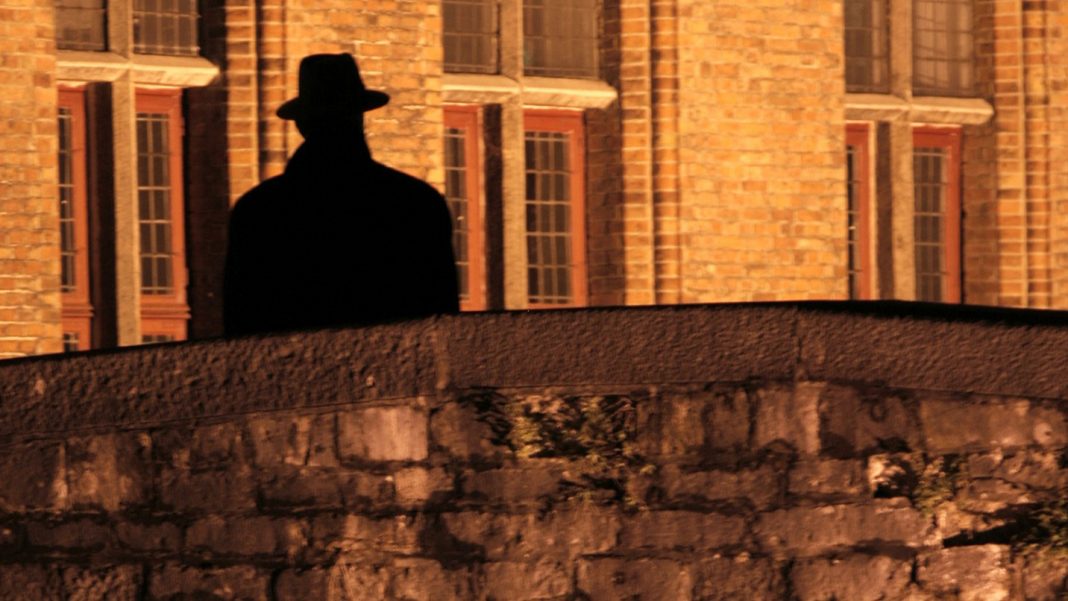 “O’Sullivan’s First Law” states that “any institution that is not explicitly right wing will become left wing over time”. The truth of this adage is repeatedly demonstrated in everything from state bureaucracies to NGOs to service clubs.

One consequence of O’Sullivan’s First Law is that the instruments of state power are steadily being weaponised by the left.

In Australia, the public service bureaucracy rules by what it sees as its own right, often in blunt defiance of the government. That is when even supposedly conservative governments are not simply cowed into timidity by the dogged hostility of the left. As reported on The BFD, the Australian Deep State is relentlessly attacking even former prime ministers.

As it also turns out, the Deep State is taking its orders, not from the government, but the leftist opposition.

At Dreyfus’ behest, both LibertyWorks president Andrew Cooper and former prime minister Tony Abbott were subjected to unconscionable threats and spying by bureaucrats. Both were sent letters demanding private correspondence and threatened with jail time if they refused.

These revelations show that leftist contempt for both parliament and the Australian people goes right to the top of politics. Even worse is that politicians-by-appointment who have routinely evaded being held accountable at the ballot box are involved.

The letters followed a speech in the Senate by Labor’s home affairs spokeswoman, Kristina Keneally, on July 30 in which she railed against the ACU and LibertyWorks.

The collusion of the opposition and the Deep State is undeniable.

In notes recorded by an A-G’s departmental official, Dreyfus “specifically raised the upcoming Conservative Political Action Conference to be held in Sydney 9-11 August 2019, as an example of an event that may trigger registration obligations under the scheme and asked what the Department planned to do about it”.

It is clear the bureaucrats went straight to work following up Dreyfus’s request, and by August 2 last year they had sent letters to Abbott, inviting him to register as an agent of foreign influence, as well as Andrew Cooper, who as president of conservative advocates LibertyWorks was the co-­organiser of CPAC.

What is also clear from the FOI request is that the departmental bureaucrats busily monitored the speaker list of the CPAC Australia website each day so that they could also invite others to register as agents of foreign influence.

Belatedly, the Morrison government is almost growing something that resembles a spine, when it comes to confronting the machinations of the Deep State.

The Australian can reveal that the Attorney-General’s Department secretary, Chris Moraitis, has ceased the probe into ­LibertyWorks and wrote to Mr Cooper on December 20 informing him that he would not be pursued under the new foreign influence regime[…]Liberal senator James Paterson said it was “alarming to learn that Mark Dreyfus thinks it is appropriate to use our foreign-interference laws to pursue the domestic political opponents of the Labor Party”.

This is no one-off, either, but part of a long pattern of leftist malfeasance.

Mr Dreyfus has previously asked for investigations into a range of issues of political issues that could potentially advantage the Labor Party.

The revelations about how former prime minister Tony Abbott and other conservative activists were pursued by the federal Attorney-General­’s Department at the behest­ of Labor legal affairs spokesman Mark Dreyfus represents a failure of our democracy and the rule of law.

[…]The very people responsible for protecting our democracy from political interference have been actively undermining it. Using the power of the state to target political opponents is behavio­ur you expect only in authorit­arian regimes. Yet this is what Dreyfus apparently sought to do.

The silence of the leftist legacy media – the Guardian, the ABC and the Age – who have for months been shrieking outrage about “your right to know” gives the lie to their hypocritical moral posturing. The left-media don’t give a rat’s arse about the public’s rights. All they’re interested in is protecting their own privilege in order to continue attempting to mould society according to their leftist vision.

The High Cost of Green Lawfare