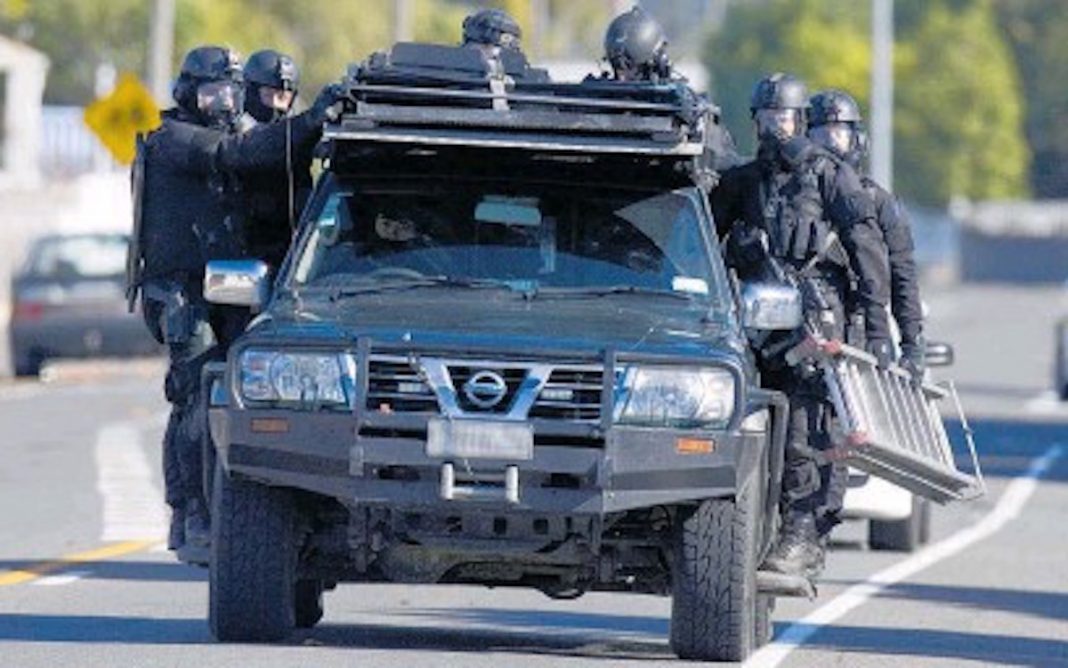 The day that the public’s trust in Police died can be measured. It was 9 January 2020, the day approximately 12 armed and uniformed goons from the Police metaphorically kicked in the doors of a young Christian family to search for a .22lr lever action rabbit rifle.

It is also the day democracy died as the evidence the Police used for their thinly veiled assault on a young family was the evidence provided in good faith to the parliamentary select committee looking at gun reforms. Ironically that evidence was that the Police’s draconian and ill-advised gun grab would make illegal the very firearm the Police were looking for.

Stuart Nash sold the gun grab as removing guns “designed purely for killing people” from the streets. Yet the very first gun sought in the jack-booted armed Police raid was a .22lr lever action bunny rifle.

Quite what possessed the Police to use a public submission to a select committee and then go after a lever-action rifle rather than a semi-auto rifle is beyond comprehension.

Perhaps they sought to make an example of a young man with a young family, the youngest being only four weeks old, as a way of putting fear into the gun community. That they chose to do it against a young man dreadfully slandered by media previously just makes this a political hit-job. That makes this situation a tragedy for law enforcement and democracy.

One can only imagine the briefings given to the 12 young Police assigned to assault this young family in their home at dinner-time. Imagine then the potential for disaster with Police officers tooled up for an armed confrontation. Imagine, if you will, what might happen if an assault like this on a household occurred with a person who may have been legitimately having a few ales at home. With 12 gung-ho, amped-up Police carrying firearms in a tense situation, there will always be the potential for a standoff or worse. One can also imagine the confusion in the minds of that same Police who discovered that contrary to their no doubt embellished briefing they found themselves confronting a gently-spoken family man with three young children.

The Police appear to have deliberately picked on a high profile target in their over-the-top raid but they have severely miscalculated the target’s willingness to bow down to a Police projection of power.

How ironic then is it that the Police used far more lethal weaponry on the streets in seeking to remove a .22lr bunny rifle. They have just proven the gun lobby was right, and in the process have made the Police Minister look worse than an abject liar.

One also wonders what Stuart Nash makes of this situation when after encouraging gun owners to submit to the select committee to ensure their voices are heard, he now finds that the Police have used gun owners submissions to prepare a hit list of “dissidents” to get rid of on the thinnest of pretences. His Police force has breached the trust of submitters. Citizens can now be undeniably assured that giving evidence to a select committee places you at risk of an armed Police response. Citizens should rightly feel alarmed that participation in democratic processes now leads to an armed Police response.

The implications are alarming. What is more alarming is that these various over the top reactions from Police were predicted by the left-wing as coming from an emboldened John Key government with increased Police and surveillance powers.

How shameful then, that these actions have occurred under the Jacinda Ardern-led, kindness government. I wonder if voters really thought that a kindness government meant jack-booted, uniformed Police roaming the neighbourhood with semi-automatic weapons and bullet-proof vehicles raiding the homes of young Christian families?

There is more than enough crime from gangs and drug dealers for Police to concern themselves with instead of harassing people that they’ve already vetted as fit and proper persons.

Stuart Nash and Jacinda Ardern have presided over the largest criminalisation of people who have already been vetted strenuously by Police, and all to cover their own failings in passing laws that allowed Brenton Tarrant the ability to purchase his firearms easily and arm himself with large amounts of ammunition. Transactions that the Police actually approved. Innocent people are being made to pay for the failures of the Police.

Stuart Nash failed to listen to experts, instead preferring the excesses of his Police. He must now reap the whirl-wind for his actions. There are easily more than 5000 firearms licence holders and their extended families in his electorate. Those FAL holders will see this for what it is, a naked grab for power and a massive extension of Police powers for no public benefit. They will see that, now, participation in democratic processes places one at risk from that unfettered Police power as they seek to criminalise law-abiding citizens while letting actual criminals roam free. They should now exercise their democratic right to vote Stuart Nash from the parliament.

Jacinda Ardern should explain how raiding the house of a young family, including a four-week-old baby, at dinnertime is in any way “kindness”. Will she apologise for the trauma caused to this family? Somehow I suspect not. Her government’s actions and those of her jack-booted Police are creating more victims, this time assaulting the very democracy which saw her positioned as Prime Minister. What does she think of the wilful breach of faith in targeting people for heavy-handed armed Police action based on their participation in democratic processes? I suspect we will never know, a complicit media and a willingness to use the forces of the state to terrorise innocent people will ensue an uncomfortable silence from her.

Sadly, this is just the start. One can hope that the rank and file Police might actually start to refuse to act on raids like the one that just happened. That they see their bosses have become political storm-troopers and are using them in a war against the good guys instead of in a war against actual crime. Again, sadly, this won’t happen and our freedoms died a little bit at the hands of the very organisation that is charged with serving and protecting those very freedoms.

New Zealand has become a sad shadow of its former glory where Jack was always as good as his master. Now Jack must buckle to the jack-booted forces of the state.

The BFD Video: You Will Not like What Comes after This