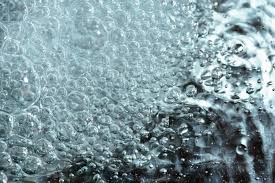 I am so glad that there is a bunch of intelligent folks out there on the interwebby thingy that are a whole lot smarter than I and who have time on their hands to look into the ridiculous claims of the doomer alarmists.

A recent fine example is a post from Willis Eschenbach on WUWT investigating a scary looking graph produced by the arch doomer Michael Mann and a few mates.

Well that looks pretty convincing and scary! – All those zettajoules increasing in the ocean. Clearly more taxes are required urgently.

Willis suggests that zettajoules are not a particularly helpful unit for the average Joe/Josephine so he converted the data to good old °C.

So, in the last 60 years, the average ocean temperature has rocketed up by a smidge over 0.1°C. I trust that you enjoyed that extra warmth as you swam over the summer break. What’s more, the accuracy of this data is claimed to be ±0.003°C (three thousandths of one degree.)

Willis then explains how the Argo buoy array works and collects all the data. It is really quite clever: The floats sleep for nine days down at 1,000 metres, and then wake up, sink down to 2,000 metres, float to the surface measuring temperature and salinity along the way, call home to report the data, and sink back down to 1,000 metres again.  Like this:

There are just 4000 Argo floats to measure the whole ocean.

And based on that scanty amount of data, which is missing two-thirds of the monthly temperature data from the surface down, we’re supposed to believe that they can measure the top 651,000,000,000,000,000 cubic metres of the ocean to within ±0.003°C … yeah, that’s totally legit.

Willis then looks at the claimed accuracy and explains that for every extra decimal point of accuracy, the number of data points has to increase by 100. (Reduction in uncertainty goes by the square root of the number of measurements.) He puts it in perspective with this comparison.

Heck, even with 4,000 floats, that’s one for each area the size of Portugal and two kilometers deep. And call me crazy, but I’m not seeing one thermometer in Portugal telling us a whole lot about the temperature of the entire country … and this is much more complex than just measuring the surface temperature, because the temperature varies vertically in an unpredictable manner as you go down into the ocean. […]

Now to be conservative, we could note that the warming seems to have sped up since 1985. But even using that higher recent rate of warming, it will still take three centuries to warm the ocean by one degree Celsius.

So despite the alarmist study title about “RECORD-SETTING OCEAN WARMTH”, we can relax. Thermageddon isn’t around the corner.

But somehow it is mankind’s insignificant energy that is heating the planet. Yeah/Nah

As you were, folks: We are neither going to drown or boil.

From the No Shit Sherlock Files

Venice Flooding Due to Climate Change