Skip to content
The kid in the orange shirt should be more peaceful, the fascist. The BFD. Photoshop by Lushington Brady.

So, it turns out that standing up to genocidal tyrants doesn’t endear your country to the “pacifist intelligentsia”.

Australia’s combative relationship with China and plans to purchase nuclear submarines have helped pushed it nine spots down the Global Peace Index, an annual assessment of nations’ pacifist records.

This should hardly be a surprise: the appeasement policy in the 1930s was especially welcomed by left-wing pacifists. Not that “war-monger” Conservative Churchill for them. The pacifist movement was particularly strong among the left wing “intelligentsia”: Oxford students overwhelmingly voted in 1933 that they would “in no circumstances fight for King and Country”. Even after the declaration of war, many British pacifists held out. If not for a Nazi victory, then not exactly for a British one, either.

As Orwell said of his fellow leftists, “Many people were undisguisedly pleased when Singapore fell or when the British were driven out of Greece […] English left-wing intellectuals did not, of course, actually want the Germans or Japanese to win the war, but many of them could not help getting a certain kick out of seeing their own country humiliated.”

The same remains true of the Australian left. None of them surely want to live under a Chinese communist dictatorship. But that doesn’t mean they’re about to cheer when an Australian government stands up to Beijing.

The index is compiled by the Sydney-based non-profit Institute for Economics and Peace, founded by Australian IT entrepreneur and philanthropist Steve Killelea […]

Australia dropped nine spots from last year’s ranking to 27th, making it the only country in the top 50 to have recorded a fall that large.

At the same time, despite, y’know, a war, “Europe was still the world’s most peaceful region, according to the report.”

So, what have they got against Australia, exactly?

He said this had led to a boost in Australia’s military capabilities, such as the planned acquisition of nuclear submarines.

So, never mind that Australia is only building its capabilities because of China’s belligerence, which has included everything from its navy ramming fishing vessels to its planes targeting Australian aircraft over international waters.

Standing up to a bully is bad.

Just to underscore that these ivory tower twits clearly prefer craven fawning to even an aggressive genocidal state, the gutless and feckless Ardern government gets an approving pat over the head.

He said military acquisitions were also a factor in the overall decrease in global peacefulness and one of the reasons for the large disparity between the New Zealand and Australian rankings.

So, let that be a lesson to you all: bullying must be tolerated in the name of “peace”. 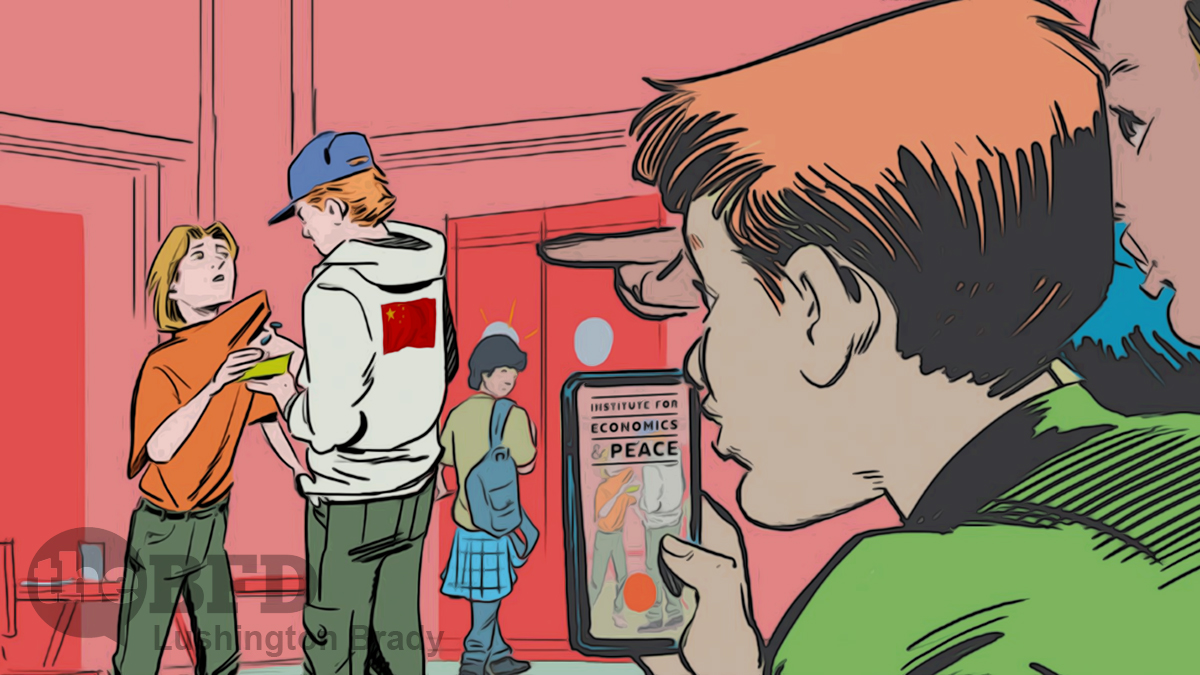