Skip to content
Advancing proudly under the banner of Chairman Mao Thought. The BFD. Photoshop by Lushington Brady.

If Australians really do vote Anthony Albanese’s Labor party into government, what can we expect? Well, we can get a fair idea, just by looking across the Tasman. Of course, the Australian media-left has been doing just that for the past five years, but they’ve been doing so through the wrong end of the telescope. What the Australian media-left actually know about NZ politics can be summed up in five words: Jacinda, baby, kindness, Christchurch and Covid.

That’s it. And even three out of those five they get hopelessly wrong on even the most basic details. Notably, too, none of the journalists and Twits who vowed to move to New Zealand has done so. But, if they wait long enough, Ardern’s New Zealand might come to them.

Consider “Net Zero”, for instance. Both our nations make a negligible contribution to global emissions. Yet Albanese, like Ardern, is fixated on the laughable idea that our nations moving to “net zero emissions” will somehow fix the allegedly broken climate.

Whilst Australia undoubtedly requires a viable plan to fulfil even 50 per cent of its Net Zero targets, if the wheels fall off the federal budget, it will not be possible for any policies to be implemented, let alone Net Zero.

Whilst we certainly have some catching up to do with the rest of the world when it comes to our use of renewables (which sit at 24 per cent of our total energy supply, compared with 41.1 per cent in Germany, for example), we cannot simply jump headlong into using renewable energy.

Opposition Leader, Anthony Albanese, claims that he has answers to the questions which pollution and Australia’s emissions pose. He offers voters increased reef protection funding, a 43 per cent fossil fuel emissions reduction target by 2030, and perhaps a more empathetic approach.

However, with his claims comes a huge caveat: ‘money does not grow on trees’.

The ALP has promised, in addition to the above, to increase workers’ wages at an inflation-indexed rate of 5.1 per cent, as well as to subsidise housing for low-income earners by up to 40 per cent.

Of course, money doesn’t grow on trees — it comes from a magic money pot in the government’s basement. It should surprise none of you that Albanese, like Ardern, has worked in politics for practically his entire adult life.

But if the government’s magic money pot runs dry, there’s always the Bank of China.

If Labor exceeds the federal budget, we may see politicians looking elsewhere for funding, in the form of loans or funding from overseas investors.

Albanese’s socialist-left faction comrade, Daniel Andrews, already tried to sign his state up to Beijing’s Belt and Road Initiative. Jacinda Ardern is signalling increasingly blatantly that she would like to do the same. With “Beijing” Richard Marles as his deputy, take three guesses about how long it will be before Albanese does the same. Should he recover from his rumoured brain aneurysm, Xi Xinping might well wonder why he even bothered with the Solomons.

With China sitting on our doorstep patiently waiting for us to hold out our hand and ask for money – whether it be in the form of increased trade agreements or ‘funding’ for construction projects – if Labor blows the budget, we soon will not have a Great Barrier Reef left to save […]

Taking a risk on aspects such as defence could lead to us following in the footsteps of Jacinda Ardern’s frivolous foreign and economic policies, in what is very much becoming a primitive political playground under the New Zealand Labour Party. 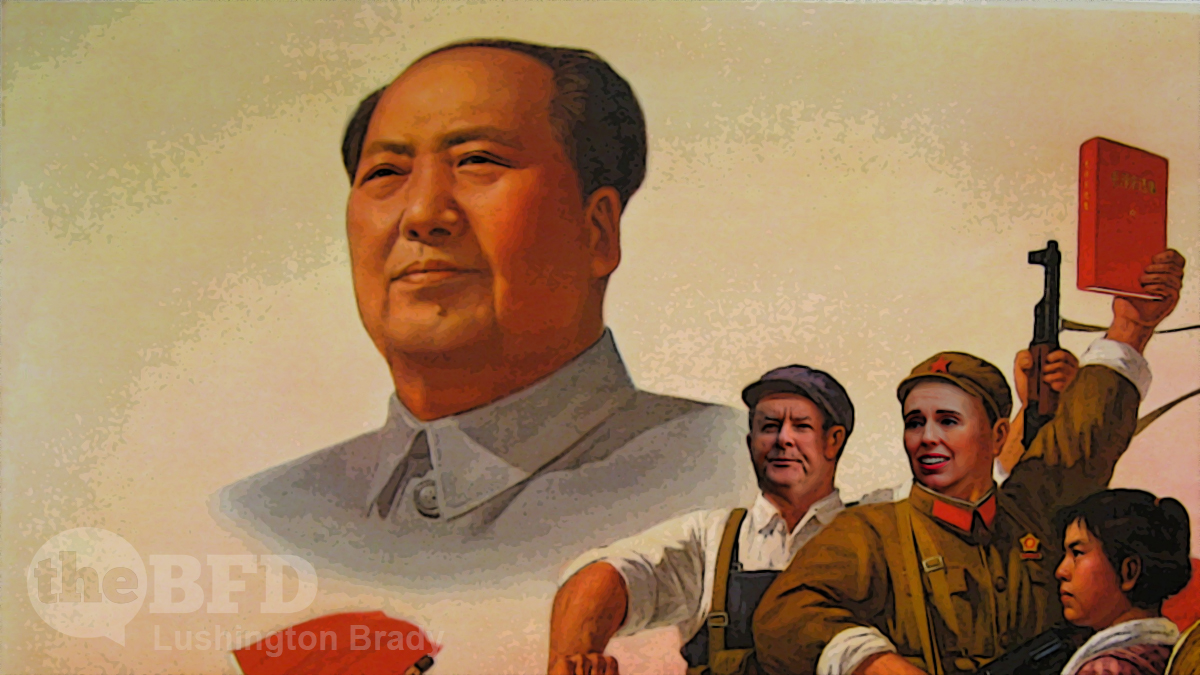