Skip to content
He'll get you, Djoka, and your little dog, too. The BFD. Photoshop by Lushington Brady.

Possibly much to the disappointment of PM Scott Morrison, the unedifying Novak Djokovic saga is over. The Full Court of the Federal Court has rejected Djokovic’s appeal against a second visa cancellation and he has voluntarily left Australia for Spain.

Why would Morrison be disappointed? Because he was clearly banking on this as his “Tampa moment”: in 2001, then-PM John Howard refused permission for a ship loaded with illegal immigrants to dock in Australia. Despite the pearl-clutching of the commentariat, the stand-off rallied public support behind an embattled government. Howard went on to romp in the next election.

When I recently wrote that “Scotty from Marketing”, the clueless evil twin of Scott Morrison, had once again over-ridden his other half’s political sense, I made the same mistake as the chattering class of 2001. The public mood appears very much to have swung behind Morrison, who has previously been struggling as badly as Howard was before the Tampa. Newspaper straw polls are emphatic in agreement with the government. Unscientific? Certainly. But so were the 2001 straw polls that showed the same support.

It remains to be seen whether the public forgiveness holds, of course. Morrison must surely have hoped to milk the stand-off for as long as possible. It will be interesting to see how soon the federal election is called, now.

For the time being, Morrison is echoing the “strong borders” rhetoric that served Howard so well.

Applauding the decision, Scott Morrison said the government had acted to protect both public health and uphold the nation’s borders.
“I welcome the decision to keep our borders strong and keep Australians safe,” the Prime Minister said. “I thank the court for their prompt attention to these issues and the patience of all involved as we have worked to resolve this issue.

“It’s now time to get on with the Australian Open and get back to enjoying the tennis over summer.”

Expect to see Scotty and his matey baseball cap making plenty of appearances at the Open.

But, even if Scott Morrison survives with the help of the Open, it remains to be seen whether the Open survives Scott Morrison. A cloud has hung over its Grand Slam status ever since last year’s Open was such a fizzer, thanks to Victoria’s onerous covid rules. Banning the world No. 1 from the event is a farce that neither Victoria nor Tennis Australia could afford — which no doubt explains the Victorian government’s haste to issue an exemption to the star. An exemption which the federal government chose not to recognise.

That Djokovic has been the ball in a vicious political volley between Victoria and Canberra is made clear by the government’s own arguments in court. The government argued that Djokovic could stoke dissent with covid rules which would lead to an increase in public non-compliance.

Indeed, government lawyer Stephen Lloyd explicitly stated in court that part of the Immigration Minister’s considerations was that Djokovic was seen as a “hero or as an icon of free choice”.

As journalist Peter Imanuelsen tweeted, “So essentially the Australian government kicked Djokovic out of the country because they were afraid he would make people disagree with the government. Isn’t this what dictatorships do?”

Notably, even the court, while unanimously upholding the visa cancellation on legal grounds, nonetheless inserted a pointed barb in its judgement.

“It is no part of the function of this court to decide on the merits or wisdom of the decision,” Justice Allsop said.

But, in the final analysis, acerbic comments by judges, furious denunciations by the Serbian government, and the pearl-clutching of columnists add up to sweet f-a in the government’s reckoning. Overseas governments and foreign journalists don’t vote in Australian elections. The Australian people do, and all the signs are that a great many, probably a majority, are behind the government. The Karens and the vaxholes have spoken.

And that’s something that Morrison desperately needs, as he heads into another election fighting yet again for his political life. 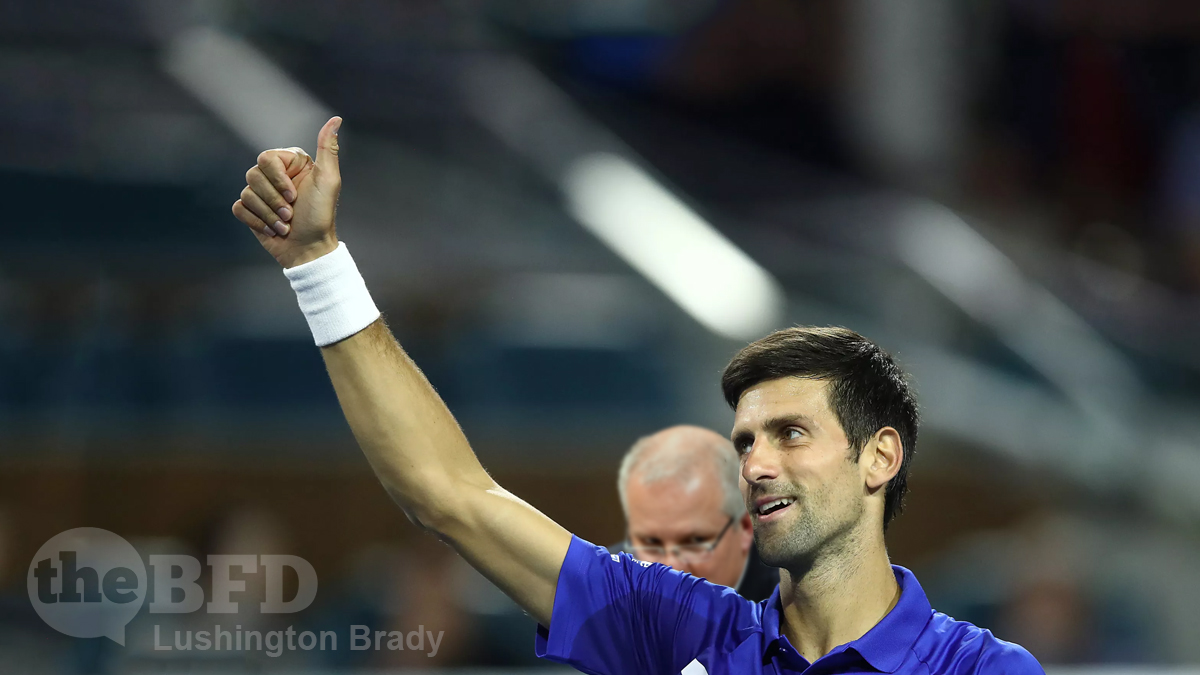