What else would you expect from a disgustingly left-wing rag?

Readers of the British newspaper, The Guardian, are accusing the outlet of deactivating an online poll that asked readers to vote on “Person of the Year” after it became apparent that J.K. Rowling would handily win.

“Tell us: who is your 2021 person of the year?” ran the headline, posted on Dec. 15, with the subtitle, “Time Magazine chose billionaire Tesla boss Elon Musk – but who would be your choice?” A short time later, when Rowling was far and away in the lead, the voting form disappeared, as did the results. A message in small print stated, “This form has been deactivated and is closed to any further submissions.”

JK Rowling has become persona non grata because… wait for it… she believes that only biological women are women. This has resulted in her being cancelled in all corners, including not being invited to the 20th anniversary of the Harry Potter film franchise, even though she wrote the books. Her treatment, for publicly stating something that we all know to be true, is disgraceful. Like many people, Rowling has real concerns for women if the madness of the transgender movement continues, and it shows no sign of stopping.

As The Daily Wire previously reported, trans activists have retaliated against her refusal to capitulate to their agenda by threatening to send her pipe bombs and publishing her home address on social media. Showing the flair for dark humor that runs through her novels, the world’s richest author wryly joked that she’s received “so many death threats [she] could paper the house.”

The Guardian, which is generally known for being left-of-center, has so far provided no explanation for why it took its poll offline with Rowling firmly in the lead. But that didn’t stop the public from taking to social media to share their suspicions.

Sadly for Rowling, the actors she turned into millionaires have all backed away from her, preferring to openly support the transgender movement than to stand by the author who made them their fortunes. No doubt they are terrified of being cancelled themselves, but that is a poor excuse for their behaviour.

Truth is that many people support Rowling’s stance, even if they are reluctant to admit it. This whole thing is nuts. I’m sure there are some genuine transgender people that need support, but as far as I am concerned, if you feel as if you were born into the wrong body, you should take steps to change your physiology, not just change your clothes.

New Zealand has become the latest adopter of this madness, having recently passed a law allowing people to simply change their gender on their birth certificates, without going through any physical procedures at all. This will not end well; for every genuine transgender person who benefits from this law change, there will be many opportunists just dying to get into the women’s changing rooms or toilets at gyms, bars, restaurants and anywhere else. The safety of women will be compromised, in places where they used to feel safe. JK Rowling is standing up for women. She should be praised, not cancelled… but it is a crazy world that we live in.

Rowling has been at the center of numerous cancel culture storms this year for her refusal to deny the reality of biological sex. Earlier this month she stirred up controversy by mocking Scotland’s law enforcement policy that allows accused rapists to self-identify as female. “War is Peace. Freedom is Slavery. Ignorance is Strength. The Penised Individual Who Raped You Is a Woman,” she tweeted in reference to an article titled, “Absurdity’ of police logging rapists as women.”

What can you say to that?

It seems the Guardian’s politically awkward popularity contest isn’t going to be easily forgotten. When the outlet posted the question, “What’s the funniest thing you saw on the internet in 2021,” to Twitter, numerous people responded in the same vein as one user who replied, “The Guardian closing its Person of the year award because JK Rowling got so many votes — that was totalitarian levels of funny.”

I don’t find it funny at all. Quite frankly, I find it disgusting. But what can you expect from a biased, leftie rag that likes to cancel people… even if they are telling the truth? 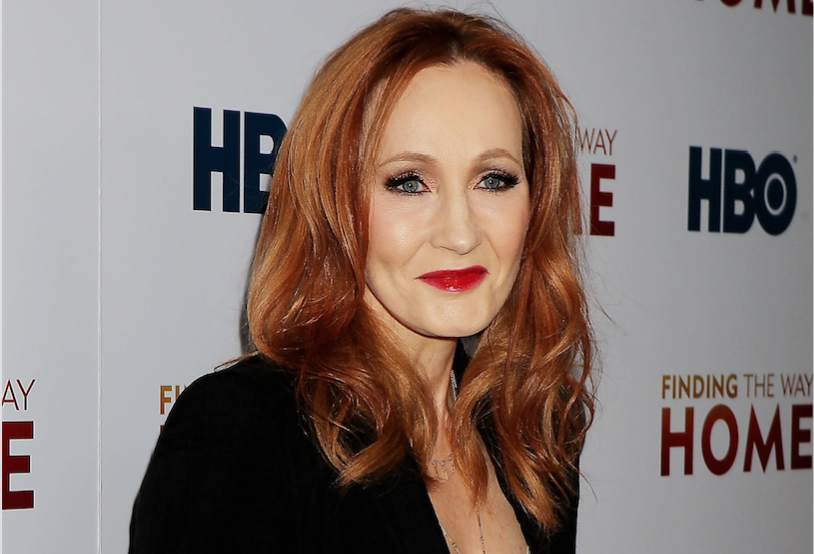