This Government just keeps on lying to you. The so-called ‘Podium of Truth’ has become the Lectern of Lies.

No less than three ministers, Jacinda Ardern, Peeni Henare and Chris Hipkins, along with Dr. Ashley Bloomfield are all on record as saying they wouldn’t mandate vaccines. They were lying to you:

Jacinda Ardern commented during the election campaign about forced vaccinations:

Conspiracy theorists have claimed a COVID-19 vaccine, when available, will be “forced” on everyone – including Kiwis.

The Government has rubbished those claims, made most notably by Jami-Lee Ross and Billy Te Kahika’s Advance NZ.

On Tuesday Prime Minister Jacinda Ardern went a step further, saying not only will there be no forced vaccinations, but those who choose to opt-out won’t face any penalties at all.

“No, and we haven’t for any vaccination in New Zealand applied penalties in that way,” Ardern told The AM Show, after being asked if there might be tax penalties or other sanctions for refusing a COVID-19 vaccine.

“But I would say for anyone who doesn’t take up an effective and tested and safe vaccine when it’s available, that will come at a risk to them.”

These conspiracy theories are developing a habit of coming true along with the habit of Jacinda Ardern telling lies.

And now we are yet another small step towards totalitarian control over you after they decided to compulsorily mandate vaccinations for nurses and teachers. Essentially no jab, no pay…which is tantamount to no job.

The Government will require that teachers and most healthcare workers get the Covid-19 vaccine in order to continue in their jobs.

The sprawling vaccine mandate, which will cover hundreds of thousands of people, will be entirely in place by the end of the year.

In the meantime, teachers who are not already vaccinated will be required to undergo weekly Covid-19 tests.

He said most people in both sectors were already vaccinated but the mandate was required to make sure all were protected.

“While most people working in these sectors are already fully or partially vaccinated we can’t leave anything to chance and are making it mandatory,” Hipkins said.

”It’s not an easy decision, but we need the people who work with vulnerable communities who haven’t yet been vaccinated to take this extra step.”

“People have a reasonable expectation that our work forces are taking all reasonable precautions to prevent the spread of disease, and government agencies have been working with them to ensure they are as protected as possible.”

And secondary schools will be required to keep a vaccination register for students.

This is compulsion. There is now no longer informed consent. This is also against the NZ Bill of Rights sections 10 and 11 which state that “Every person has the right not to be subjected to medical or scientific experimentation without that person’s consent” and “Everyone has the right to refuse to undergo any medical treatment.”

Removing choice and forcing, via punitive actions like removing pay or that person’s job is morally and ethically without justification, and yet this draconian ruling is now being forced on hundreds of thousands of workers without their consent.

No one voted for this. If you don’t stand up for nurses and teachers then what is stopping the Government from deciding to do it to your job or industry?

Stand up people, fight this. It is an appalling abrogation of your human rights that are enshrined in law. If the Government can do it to them then they sure as hell will do it to you.

They’ve said repeatedly that they wouldn’t do this. Chris Hipkins even labelled it as “social media misinformation”. You can’t trust them. They are lying to your face, you know it, they know it, they know that you know it and they still do it. Because they can, because YOU are letting them do it.

We can no longer have any confidence in this government. They are ruling not governing. They are cowering the masses with fear. They are segregating society. They are causing division but they call it the Orwellian term “social cohesion”. It is nothing but the opposite.

The ‘short and sharp’ lockdown is now into its ninth week. They are liars and blaggers.

The following statement has been attributed to Nikita Khrushchev after his visit to the United States in 1959:

Your children’s children will live under communism, You Americans are so gullible. No, you won’t accept communism outright; but we will keep feeding you small doses of socialism until you will finally wake up and find you already have Communism. We will not have to fight you; We will so weaken your economy, until you will fall like overripe fruit into our hands. The democracy will cease to exist when you take away from those who are willing to work and give to those who would not.

Ezra Taft commenting on what Nikita Khrushchev had reportedly said

We are being force-fed small doses of socialism, and are being led down an increasingly slippery path to totalitarianism.

Never before in our history has there been forced vaccinations, not for smallpox, not for measles, not for anything, and yet here we are, hundreds of thousands of people being forced to take an experimental therapy, the efficacy of which is sinking daily.

I’ve warned you about how this plays out. You are all still sitting there deluding yourselves into thinking that you can comply your way out of tyranny. You can’t.

Keep hoping we will drop levels…soon. Each week you sit there hoping we will be released from our state-sanctioned prison. ‘It’ll only be another week’, you say to yourself. and then they extend the ‘short and sharp’ lockdown another two weeks. You think ‘if I get the vaccine, then I’ll be free’, and you hope some more. Then you start blaming the unvaccinated for keeping you locked down when you should be blaming the Government, and still you hope that if every one would just comply the tyranny will end. Remember Hope Dies Last. 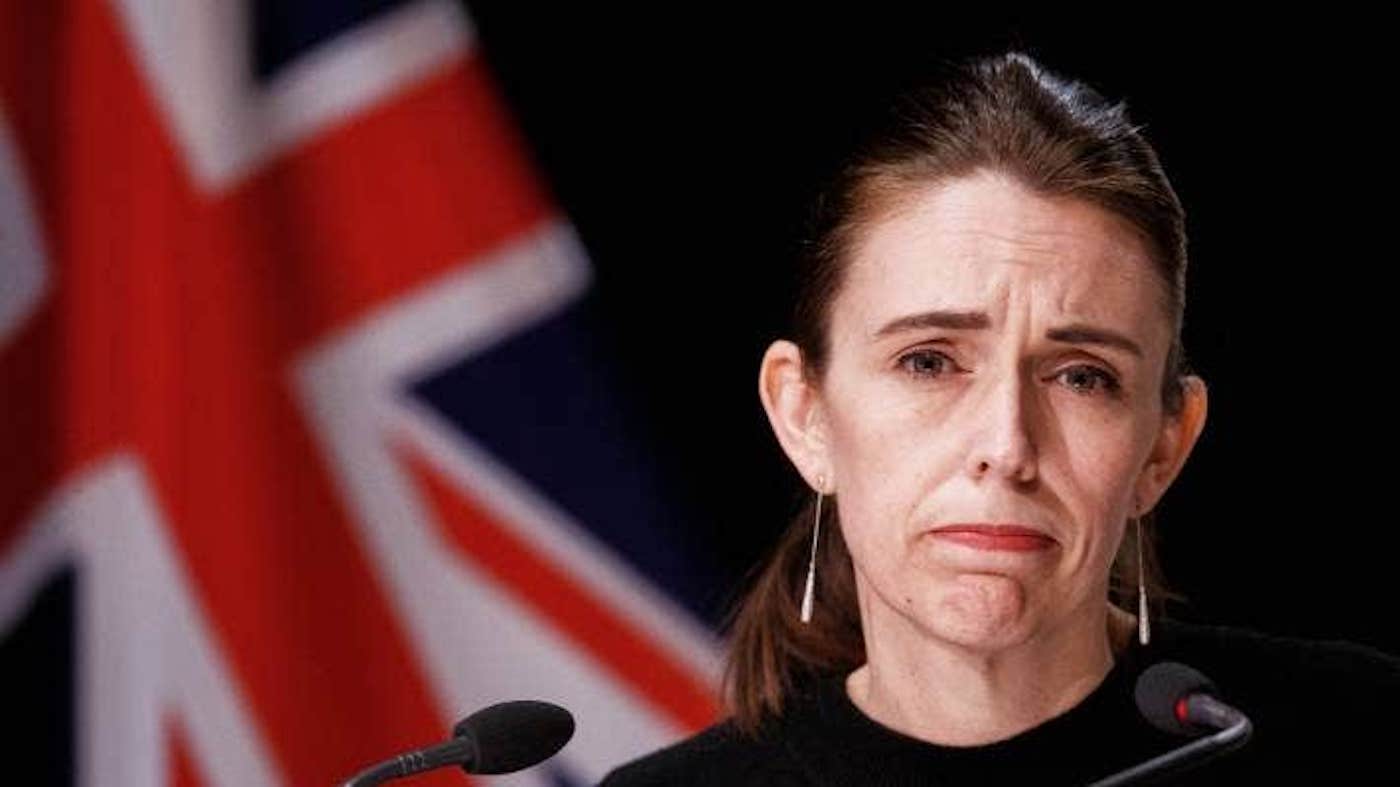