The Big Bang Theory occasionally had some witty jokes about science – and also some extremely dumb ones. For instance, antagonist Barry Kripke states that “research into dark energy proved that Einstein’s cosmological constant was right all along”. Which is completely wrong.

When a Catholic priest, Abbé Georges Lemaître, first proposed that our universe is expanding, many of the great and good in the scientific world refused at first to accept it. Especially Einstein. Einstein was a fervent believer in a steady-state universe: so much so that he arbitrarily inserted a “cosmological constant” into his equations, to stop the universe changing.

The new, dark energy, cosmological constant is a theorised phenomenon to account for the observed accelerating expansion of the universe. Quite the opposite to Einstein’s version.

This back-and-forth cosmological constant ought to serve as a humbling lesson in inventing phenomena ad hoc to explain otherwise baffling observations.

The existence of “dark matter,” for example, is an excellent case in point. It neither gives off or reflects light and is imperceptible. This purported substance is said to make up a vast bulk of the cosmos but can’t be seen, smelled, heard, tasted or felt in any way — other than possessing weight and therefore conveniently used to remedy out of kilter equations having to do with rotational velocities of galaxies.

All of that sounds a lot like Carl Sagan’s Dragon: “what’s the difference between an invisible, incorporeal, floating dragon who spits heatless fire and no dragon at all?”

Well, in this case, there’s one important difference: we can observe things burning down, for some inexplicable reason. It’s just that nobody knows what’s doing it.

Science should abhor such conjectures created out of thin air and impossible to verify experimentally while nonetheless posing as truisms; they fly in the face of classical scientific methodology[…]

In that manner dark matter went from a premise to an undisputed fact in the relative blink of an eye. It’s listed as such currently in every encyclopedia, including the oldest in existence, the Encyclopedia Britannica, notwithstanding that Vera Rubin, the great astronomer who is the supposed discoverer of dark matter, declared that she had accomplished no such thing.

Nabhan is right and wrong, here. It is possible to find experimental evidence for dark matter – gravitational lensing, which has indeed been observed, for instance – but direct observation of the stuff is proving very elusive, indeed.

It is true, however, that Rubin kept a properly scientific open mind on the matter.

Dr. Rubin is the researcher who found that the Andromeda galaxy is spinning too quickly; the galaxy itself doesn’t have the mass, and therefore the gravity, to hold on to its peripheral stellar systems which should be flying off into space due to their velocity. This problem in celestial mechanics is indeed real, but as to what the answer should be it was not Vera Rubin who decided to toss the scientific method to the side and grasp at the simple yet bizarre option of inventing dark matter out of whole cloth.

The respected astronomer’s view was sober, reserved, circumspect and wise: “If I had my pick, I’d like to learn that Newton’s laws must be modified in order to correctly describe gravitational interactions at large distance. That’s more appealing than a universe filled with a new kind of particle.”

What Rubin was referring to was a competing hypothesis to explain her observations of galaxy rotation: Modified Newtonian Dynamics.

Modified Newtonian dynamics (MOND) is precisely what Dr. Rubin suggested might account for the discrepancy between mass and rotational velocities in galaxies so incomprehensibly distant. In effect, MOND challenges dark matter by theorizing that our understanding of gravity isn’t perfect and that the meticulous mathematical rules for measuring it everywhere and absolutely precisely might require slight alterations.

When Rubin was asked, before her death in 2016, what she thought of the idea that a tweak of Newton’s laws might better explain her observations, rather than a whole new kind of matter, she was properly scientifically agnostic. “I don’t know if we have dark matter or need a change in gravity or need something else,” she said. “We know so little about our universe. It is a strange and mysterious universe. But that’s fun.”

Her words echo in a stunning scientific paper published in 2020 in the esteemed Astrophysical Journal. An international team of astronomers are contending they’ve discovered indications that an “external field effect” has been found.

The paper is Testing the Strong Equivalence Principle: Detection of the External Field Effect in Rotationally Supported Galaxies by Kyu-Hyun Chae, Stacy McGaugh and others. Perhaps ironically, Chae was initially working from the premise that dark matter exists. “Initially, I was reluctant to interpret our own results in favor of MOND,” says Chae. “But now I cannot deny the fact that the results as they stand clearly support MOND rather than the dark matter hypothesis.”

It must be pointed out that, if the dark matter people wanted to invent a whole new particle, the MOND people want to fundamentally alter the laws of physics. Neither should be accepted lightly.

Still if their findings hold up, then dark matter may well join epicycles and the ether in the dustbin of scientific history. 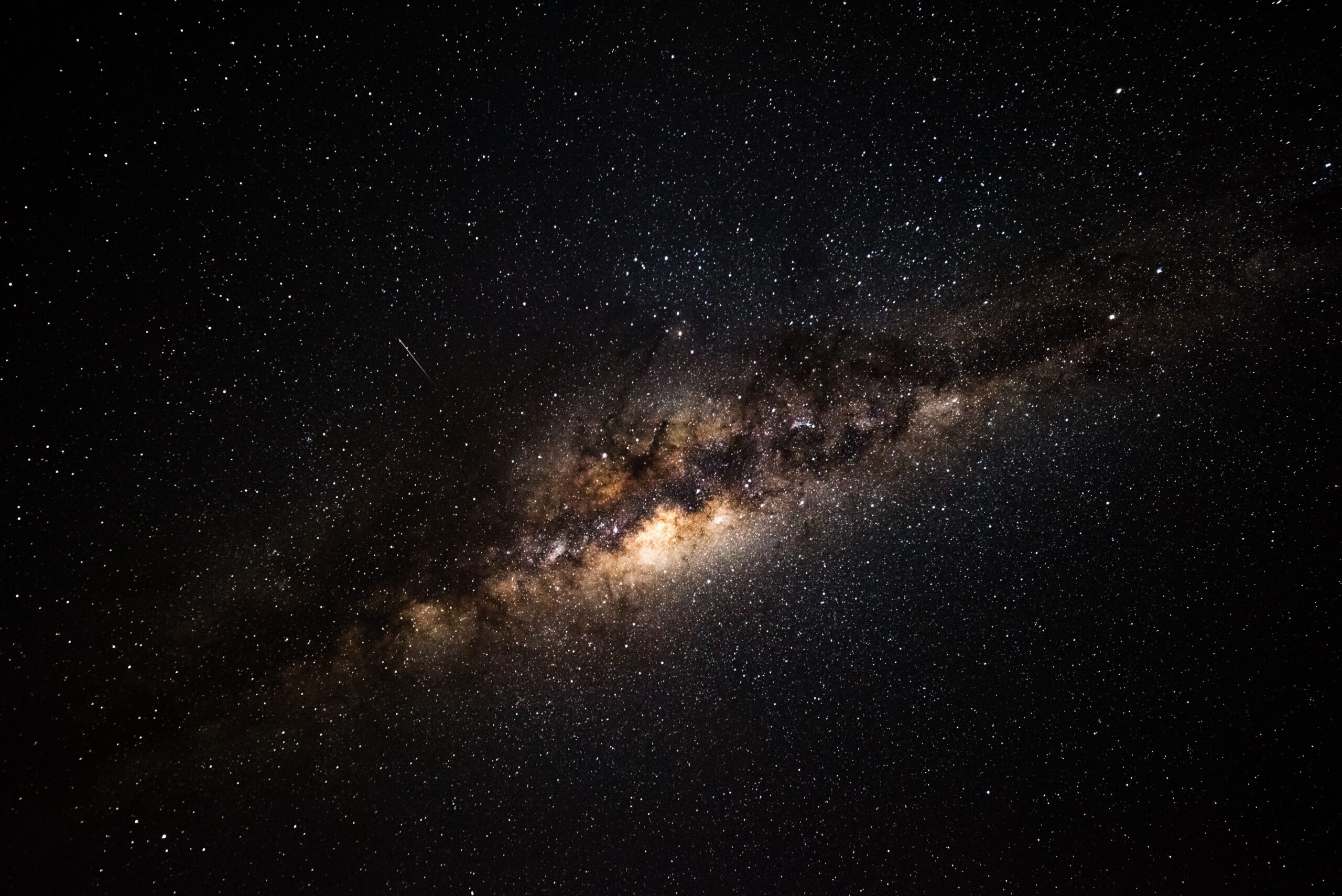