If Biden and Harris had an ounce of genuine interest in “unity,” they would…

In 1829, after being sworn into office for his first term by Chief Justice John Marshall on the East Portico of the U.S. Capitol, President Andrew Jackson, a heroic War of 1812 general from Tennessee, delivered brief inaugural remarks. Then, following a tradition started by Thomas Jefferson, Jackson, a populist, hosted a public open house reception at the White House. So many citizens showed up for the food, drink and festivities (estimated in excess of 10,000) that later in the evening, Jackson had to leave through a window and spend the night in a hotel.

Presidential open houses continued for seven decades until Grover Cleveland opted for a grand parade, much to the applause of the White House stewards and staff.

Things were a little different in Washington today – under full military lockdown – for the inauguration of Joe Biden as the 46th president of the United States, with Kamala Harris, his likely soon-to-be successor. Biden’s inauguration was attended by Barack Obama and Michelle, George W. Bush and Laura, and Bill and Hillary Clinton. While Donald Trump declined to be present, having earlier delivered his final address, former Vice President Mike Pence represented the Trump administration.

Biden’s inaugural theme was “America United,” in which he laid out his plan to “unify and heal the nation.”

Ahead of the inauguration, Biden outlined this theme in a lengthy statement on his campaign website:

“My fellow Americans, The people of this nation have spoken. They have delivered us a clear victory. A convincing victory. A victory for ‘We the People.’” Biden continued, “I pledge to be a President who seeks not to divide, but to unify. Who doesn’t see Red and Blue states, but a United States. … I sought this office to restore the soul of America. … To … unite us here at home.”

“To those who voted for President Trump, I understand your disappointment tonight. … It’s time to put away the harsh rhetoric. To lower the temperature. To see each other again. To listen to each other again. To make progress, we must stop treating our opponents as our enemy. … The Bible tells us that to everything there is a season — a time to build, a time to reap, a time to sow. And a time to heal. This is the time to heal in America. … I ran as a proud Democrat. I will now be an American president. I will work as hard for those who didn’t vote for me as [for] those who did. Let this grim era of demonization in America begin to end — here and now. … We must restore the soul of America. … A nation united.”

In Biden’s brief and relatively lucid inaugural remarks yesterday, he repeated the “unity” theme along with a few other canards (with annotations):

(That would be the oath “to support and defend” our Constitution, which Biden and most Democrats violate every minute of every day.)

“To restore the soul and secure the future of America requires so much more than words. It requires the most elusive of all things in a democracy — unity. Unity.”

(We are a Republic, and for Biden/Harris, “unity” is nothing more than a word.)

“Today, on this January day, my whole soul is in this: bringing America together, uniting our people, uniting our nation. And I ask every American to join me in this cause. Uniting to fight the foes we face, anger, resentment and hatred, extremism, lawlessness, violence…”

(I think you know who Biden identifies as the “foes.”)

“I know speaking of unity can sound to some like a foolish fantasy these days.”

(Only for those who think Biden is sincere.)

(Tell that to your raging mobs who spent last summer burning, looting, and murdering in urban centers across the nation.)

“We must end this uncivil war that pits red against blue, rural versus urban, conservative versus liberal.”

(But the Democrat Party would not exist without constantly fanning the flames of “this uncivil war.”)

“The right to dissent peaceably … is perhaps this nation’s greatest strength.”

(Tell that to your Leftmedia and social media blackout and cancel mobs.)

“My fellow Americans, I close the day where I began, with a sacred oath before God and all of you. I give you my word, I will always level with you. I will defend the Constitution. I’ll defend our democracy.”

(Again with the Constitution and “democracy.”)

Biden concluded, “May God bless America and may God protect our troops. Thank you, America.”

So, about all that unity chatter…

A uniter is a peacemaker and reconciler. But Democrat Party principals, including Biden and Harris, have spent decades dividing up constituencies in order to foment discontent and dependence. Democrats have cultivated “entitled victim” underclasses, the direct result of their socialist policies, and those ensnared and enslaved by Democrats are key political constituencies (read: dependencies) upon which the Democrats’ statist power relies.

The net result is not a party defined by Biden’s fake “unity” theme but a collective of groups defined by disunity, anger, and victimhood, and tied to their racial, ethnic, or gender characteristics. There can be no “unity” as long as Democrats continue to promote this sort of disunity.

If Biden and Harris had any genuine interest in unity, they would condemn in the strongest words the coup d’état by their deep-state operatives to take down the Trump administration, even though it’s now more clear than ever that the Russia-collusion accusations were completely fabricated.

If Biden and Harris had any genuine interest in unity, they would condemn in the strongest words the baseless impeachment charade their party launched after their Russian delusion failed.

If Biden and Harris had any genuine interest in unity, they would condemn in the strongest words their party’s politicization of the ChiCom Virus pandemic, hanging their 2020 election strategy on pandemic fear and casting blame.

If Biden and Harris had any genuine interest in unity, they would condemn in the strongest words their party’s politicization of the death of a black Minneapolis man and disavow their assertion that the nation is awash in “systemic racism.”

Democrats are the party of division and hate, and they built their entire “Hate Trump” platform on that theme.

If Biden and Harris had any genuine interest in unity, they would condemn in the strongest words their party’s use of the pandemic as cover to implement their bulk-mail ballot fraud strategy and make it a permanent voting option.

If Biden and Harris had any genuine interest in unity, they would condemn in the strongest words their party’s plans to impeach a 74-year-old former president in order to bar him from ever running for office again. (Depending on the outcome of U.S. Attorney John Durham’s investigation, Trump may have the last laugh.)

If Biden and Harris had any genuine interest in unity, they would condemn in the strongest words the emerging systemic redlining of First Amendment rights by their leftist brethren in Big Tech.

And, of course, the Democrats’ legislative agenda is anything but unifying, especially if they attempt to pack the Supreme Court and eliminate the Electoral College so the voters within a few massive urban centres can elect our presidents and rule the nation.

In fact, as soon as Biden was sworn in, he went to the Oval Office and signed 17 executive orders to launch his reversal of Trump administration policies. Ironically, one was to halt the construction of any additional border barriers – ironic given the military presence he ordered to form a barrier around his inauguration.

On the other side of the “unity” theme, political analyst David Harsanyi concludes: “Political unity is an ugly, authoritarian idea. No free nation has domestic political unity, nor should it aspire to it. What ‘unity’ really means is capitulation. … Unity is found in comity with your neighbours, in your churches and schools, in your everyday ­interactions with your community. Politics is not a place for unity. It is a place for airing grievances. And we’ve got plenty.” As policy analyst Josh Lawson notes, if Biden really wants unity, he will affirm equality under the law as did Thomas Jefferson and Abraham Lincoln.

A few other parting observations from the day…

Democrats claimed that the “Trump supporters” who rioted in the Capitol building (and would otherwise be defined as “peaceful protesters” by the Demos’ standard) made our nation look like a “banana republic.”

What really looks like a banana republic was having to activate 26,000 military personnel to protect the “peaceful transfer of power” (a 26:1 military-to-civilian attendee ratio). This necessitated running background checks on military personnel to ensure an attack would not come from within. If Biden and Harris had an ounce of genuine interest in unity, no barriers would be required at their inauguration.

For the record, recall that on the day of Trump’s inauguration in 2017, thousands of Demo-leftists rioted in DC, and hundreds were arrested on felony rioting charges. However, the government ultimately dropped the charges against all inauguration protesters.

And it was just six months ago that leftist mobs attempted to storm the White House, injuring dozens of Secret Service agents — when that failed, setting fire to St. John’s Church across Lafayette Square.

With Biden and Harris now in office, the biggest winner beyond the tidal wave of Democrat socialists, is Red China, the nation that poses the most perilous existential threat to the United States, and that is counting on its investment in “the Big Guy” to pay big dividends.

Finally, for perspective, here is some good news moving forward: Despite all the handwringing about political divisions on the Right, that split is over support for Trump, the personality. There is no split over support for the Trump administration’s considerable policy successes. As Biden and his Democrats endeavor to undo those policies that will have the net effect of further unifying conservatives going into the 2022 midterms. 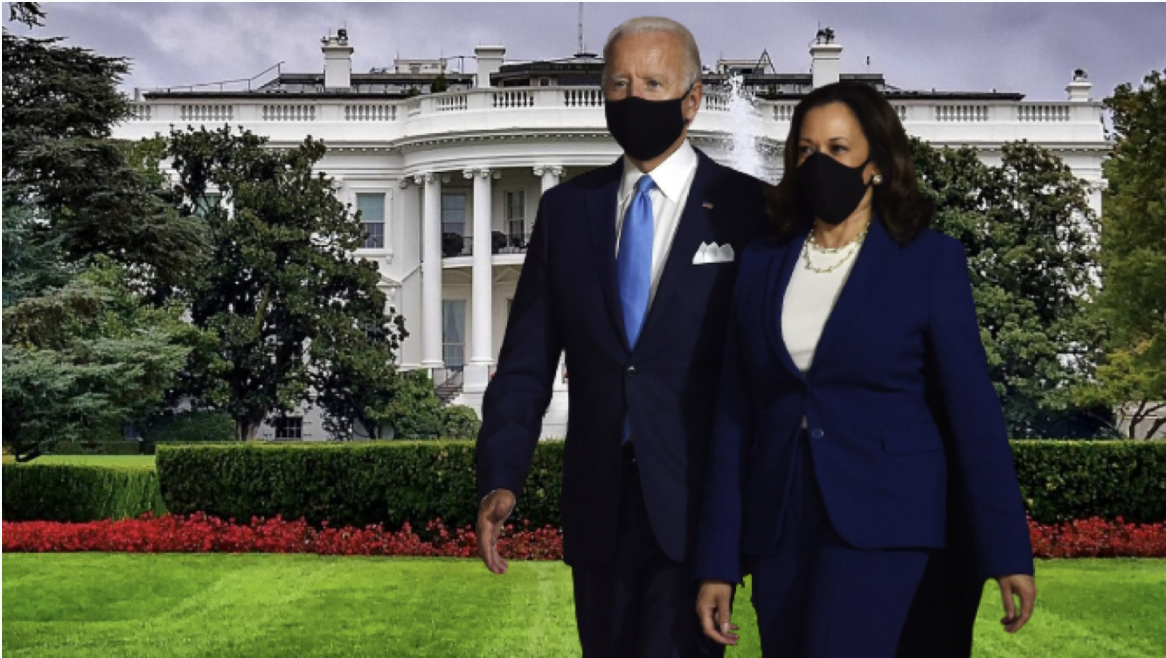