Skip to content
Daniel Andrews is using the Wuhan plague to plunge Victoria into a police state. The BFD. Photoshop: Lushington Brady

I’ve already written at some length about how the Australian state of Victoria descended into a medically-induced tyranny. Using the ridiculously-over-hyped excuse of what, on all available evidence, is very, very far from the deadliest pandemic in modern history, Victorians meekly, even gratefully, submitted to an elected dictatorship never before seen in its history.

Even when Australia was under imminent threat of invasion by Imperial Japan, Melbourne was never subject to curfew. Yet, in the name of “COVID”, Australia’s second-biggest city was placed under dusk-til-dawn house arrest. Even in daylight hours, they were allowed out of doors for just one hour and a prescribed radius. Police, army and a flotilla of drones patrolled the street. A pregnant mum was handcuffed on live video by a squad of goons.

But Victoria was far from unique. In Tasmania, the draconian hand of the state has been less visible, mainly by virtue of the government pulling up the drawbridge to the Mainland for months. West Australia did much the same, with thousands of kilometres of desert as their moat.

But the unalloyed tyranny of these tinpot dictators has gone much further than that – all in the name of “public health”.

In Western Australia, the Iron Ore Processing Agreement Amendment Act provides the Premier and his Attorney General exemption from the criminal law and civil liabilities.

Clause 12 of the Act provides that decisions and actions in relation to certain government decisions cannot be appealed.

It adds that “the Rules known as the rules of natural justice (including any duty of procedural fairness) do not apply to; or in relation to, any conduct of the State that is, or is connected with, a disputed matter”.

In other words, the government can do what the hell it likes and there’s not a damn thing the proles can do about it.

In addition, this Act prevents citizens from obtaining information about what the Western Australian government is doing to hold it accountable. Indeed, such a legislation seeks to make documents connected to a “disputed matter” exempt from freedom of information association laws and grants criminal immunity to the State and its agents.

The Premier now has power to make laws without reference to Parliament.

Under this Act, State authorities can issue directions to a “class” or group of people, rather than an individual, and impose penalties of $12,000 fines and 12 months of imprisonment for non-compliance.

So, you can’t sue the government, you can’t ask what the government is up to, and the Supreme Leader can enact any law he likes without having to adhere to the most basic, 800-year-old tenets of our democracy. And any person or group the state cares to name can be locked up or fined.

What else can this be called, but “dictatorship”?

These extraordinary powers may last much longer than that of the duration of the pandemic. While these security powers can be used during a state of emergency, only one of these provisions carries a “sunset clause”, thus not guaranteeing their expiry with the end of the alleged emergency.

In other words, the Act allows for expanded security powers during an unlimited period of time. The Western Australian government can use, for an indefinite period of time, invasive technology to analyse, control and determine everyone’s actions according to a carefully designed plan.

Raise their hands anyone who thinks that a government given absolute power, for as long as it likes, will willingly hand that power back? Anyone?

As can be seen, this is not just a concern regarding people’s health during a time of epidemic. It is primarily about power and control by the ruling elites of Western Australia. For nothing can produce a police state more rapidly than such arbitrary measures.

In fact, as a constitutional lawyer I can comfortably state that Western Australia is no longer a truly functional democracy, but currently experiencing a less open or more disguised form elected dictatorship.

Yet, for all that, Westralians are baaing and yapping along as slavishly as any “IStandWithDan” Cucktorian.

So this is how liberty dies… with thunderous applause 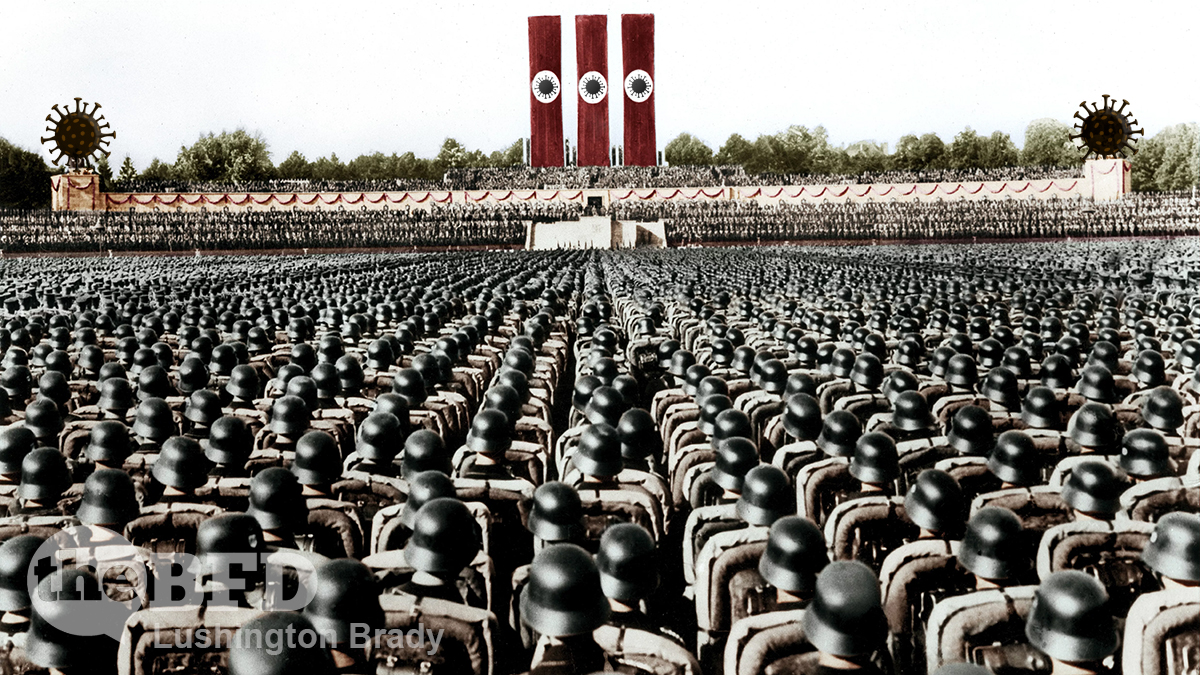