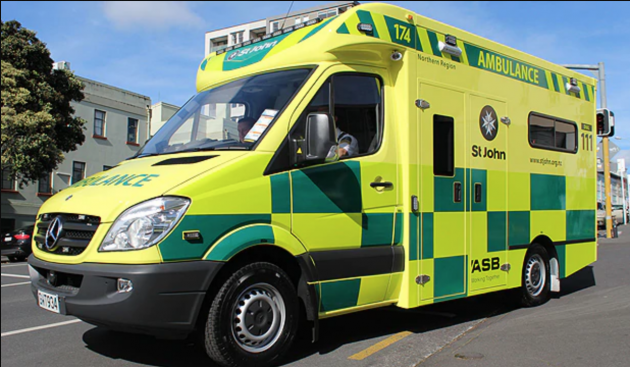 Darroch Ball’s Protection for First Responders and Prison Officers Bill, which toughens penalties for assaults on first responders and corrections officers, passed its first reading in Parliament this week.

Every year, thousands of police, ambulance and corrections officers are assaulted. And it’s increasing.

In August 2019 alone, there were over 200 assaults on St John Ambulance staff.

Our first responders operate in high-risk, urgent and potentially life-threatening situations. New Zealand First believes it is our responsibility to ensure they are safe when doing their job.

That’s why we want to introduce a 6-month minimum mandatory sentence for those who assault ambulance staff, police, firefighters and corrections officers.

That sentence will be cumulative, meaning it will add to any existing sentence an offender is serving.

We’ve been humbled by the positive response the bill has received from our first responders and corrections officers, and thanks to the unanimous support of Parliament, the bill will now proceed to select committee.

Wednesday Nightcap: Mystery Surrounding Death of ‘The Girl With the Blue Eyes’

The BFD Video: 72 Days In Jungle With Underground Building

The BFD Video: Satire in the Age of Social Justice

The BFD Video: I Found a Sealed Waterproof Box Underwater in the River!

The BFD Map of the Day: Percentage of Population With Internet Access

WHY are 56,000 Maori Claiming the Jobseeker Benefit When ONLY 27,000 are Unemployed?

Lindsay Mitchelllindsaymitchellblogspot.com Jacinda Ardern went to Ratana and told Maori she was working for their collective people and...
Read more

Hayley Holt’s Baby’s Father Is None of My Business

The “Stuffed” headline reads: “Hayley Holt's baby is so wanted, it's none of your business who the...
Read more

The Abject FAILURE of Stuart Nash in His Own Patch

Stuart Nash is the Police minister and also the Napier MP. He has overseen an explosion of gang members in his...
Read more

The Australian government is obviously heartily sick of being finger-wagged by the holier-than-thou Ardern government. Especially over climate change.
Read more