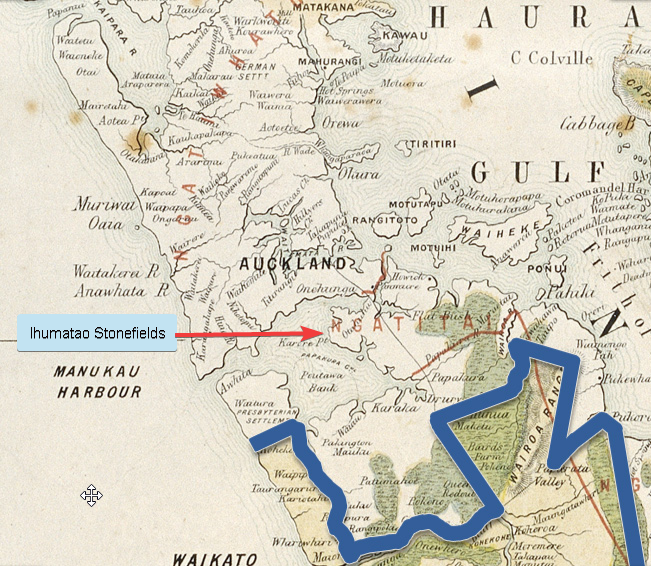 An argument within mana whenua and non-mana whenua has now, with the intervention of Kingitanga, threatened to undermine private property rights as well as bring every Waitangi Treaty settlement back under scrutiny.

The Ihum?tao situation took an ominous turn on Wednesday when Kingi Tuheitia stated that “Mana agree they want their land returned, so they can make decisions about its future”.

The situation in Ihum?tao is already costing taxpayers in terms of money and safety and this Government continues to fail in taking any firm action to assure private landowners that their rights will be protected.

The protest action that gained public sympathy was supported by groups with no direct association to the issue. One such group that pushed and partly funded the protest was ActionStation, well known to be closely linked to the current, Labour-led government. Not only did this group help fund the protest, ActionStation itself is partly funded by taxpayer funds.

This is added to the tens of thousands of taxpayer dollars in terms of police numbers needed to keep the peace, and the many hours that police have been taken away from keeping south Auckland safe. Added to this are the millions of taxpayer dollars when the Ihum?tao TOW grievance was settled. Government refusal to intervene on behalf of the lawful property owners, or the mana whenua who originally supported the agreement with Fletchers, has resulted in six weeks of negotiation that has achieved nothing and has cost taxpayers dearly.

“We are working to feed our children, look after our sick and elderly, to have a bit of time out for our families,” says Deputy Leader, Elliot Ikilei, “and at every stage of the Ihum?tao debacle, it is the New Zealand people who lose.”

Continued misinformation has been circulated with the Government failing to provide accurate details of the history of the area and the settlements that have already taken place, which has added unnecessarily to the grievance mindset that exists.

“The deal was done,” clarifies Ikilei, “leave the hard-earned rewards of working men and women alone, and honour the deal that was already done. This was a deal in the true spirit of leadership by mana whenua to achieve the best outcome for their iwi.”

Manipulation of facts and external pressure has resulted in no outcome whatsoever. Putting aside the opportunity for houses to be built, land to be developed, and sacred areas enhanced, Elliot Ikilei highlights the other enormous impacts to South Auckland.

“All the contractors and trades people that were relying on the income that this work would have achieved have been completely ignored. The investment in South Auckland that has been halted was the last thing we needed at a time when we are already impacted by our slowing economy”, says Ikilei.

“For a Government that has campaigned on well-being we need to question whose well-being is being represented. New Conservative is committed to ensuring all people are equal before the law and property rights are assured and protected”, he concludes.