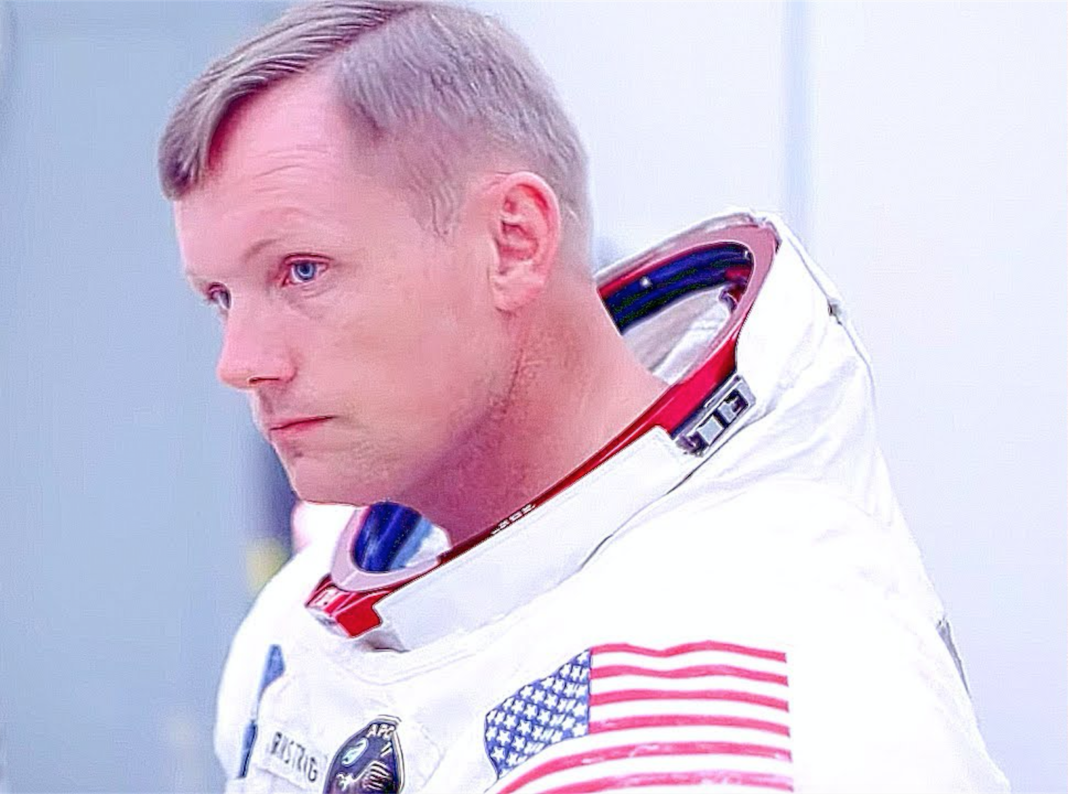 Over 1 million people sign up to ‘storm’ Area 51, the U.S military base thought by tin-foil hatters to contain extra-terrestrial beings. Vaccination rates fall across the western world after anti-vaxxers cause ‘vaccination hesitancy’ among parents. Twisted white guys obsessed by ‘the Great Replacement theory’ gun down innocent women and children in Christchurch and the US.

In the age of the internet, conspiracy theories all too easily migrate from fabulists’ fever dream to real-world consequence.

In 1976 a man named Bill Kaysing self-published a pamphlet entitled ‘We Never Went to the Moon: America’s Thirty Billion Dollar Swindle’. Since then the idea that mankind’s greatest technological achievement is a big fat lie has become crank gospel. Kept on a low simmer by cheap TV documentaries and badly printed books you find in the same shops that sell crystals and ceramic bongs, the idea has roared into life with the oxygen of the Internet. According to a recent poll conducted in the US, 18% of millennials believe it was all a hoax.

The absurdity of these claims should be obvious even without any consideration of the scientific evidence. A recent Oxford University paper found that 411,000 people would have had to have been ‘in on’ the conspiracy without there being one whistleblower. And all this orchestrated by the Nixon administration, an administration which couldn’t manage to cover up a simple burglary properly?

So what’s the antidote for this idiocy?

A brilliant new documentary on the moon mission, it blends original colour footage (50% of it never seen before) with radio exchanges between Houston and the astronauts to create an immediacy that belies its fifty-year vintage. Using only Walter Cronkite’s contemporaneous narration the film opens close to launch time with shots of excited spectators camping out for the big event. The genius of the film is in creating tension when we all know the ending (SPOILERS: They land on the moon. Yes, you vaping, weirdly-bearded millennial, THEY LANDED ON THE BLOODY MOON). Director/editor Todd Douglas Miller achieves this by on-screen countdowns for each stage of the mission and split-screen sequences showing the NASA Control Centre and the spacecraft simultaneously. He is aided by a pulse-pounding electrophonic score by Matt Morton, which matches perfectly the relentless drive for technological achievement played out on the screen.

Middle-aged men in short-sleeved shirts staring into computer monitors has never been so gripping.

While there is plenty of technical talk, info-graphics and shots of the balletic manoeuvrings of the spacecraft there are also reminders that this was a human endeavour. Buzz Aldrin referring to moon craters as ‘big mothers’ and his deadpan assurance to an over-anxious Houston controller, ‘If I stop breathing, I’ll be sure to let you know.’ Neil Armstrong’s awe at the ‘stark beauty’ of the moon’s surface. The constant monitoring of the astronaut’s heart rates which vary according to how crucial the stage of the mission is (Aldrin’s seems to be the coolest customer with the lowest heart rate, ironic given the way he loses it on this idiot – but who can blame him).

The emotion that lasts after viewing is one of awe. Awe at the bravery of Armstrong, Aldrin and Collins and the ingenuity of the NASA folk behind them. Awe at the majesty of human scientific achievement. At a time when human technology is being blamed for one of the most hyped up evils of the age – climate change – this should be a valuable corrective. I recommend it for all those who like myself exalt in scientific achievement and are curious as to how exactly the moon mission succeeded. But I also recommend it for those millennial moon hoaxers. Die-hards won’t be convinced (‘It’s all CGI NASA propaganda!’ I hear them cry) but those wavering might well end up as I did, silently saluting the men responsible for our first baby steps to the stars.