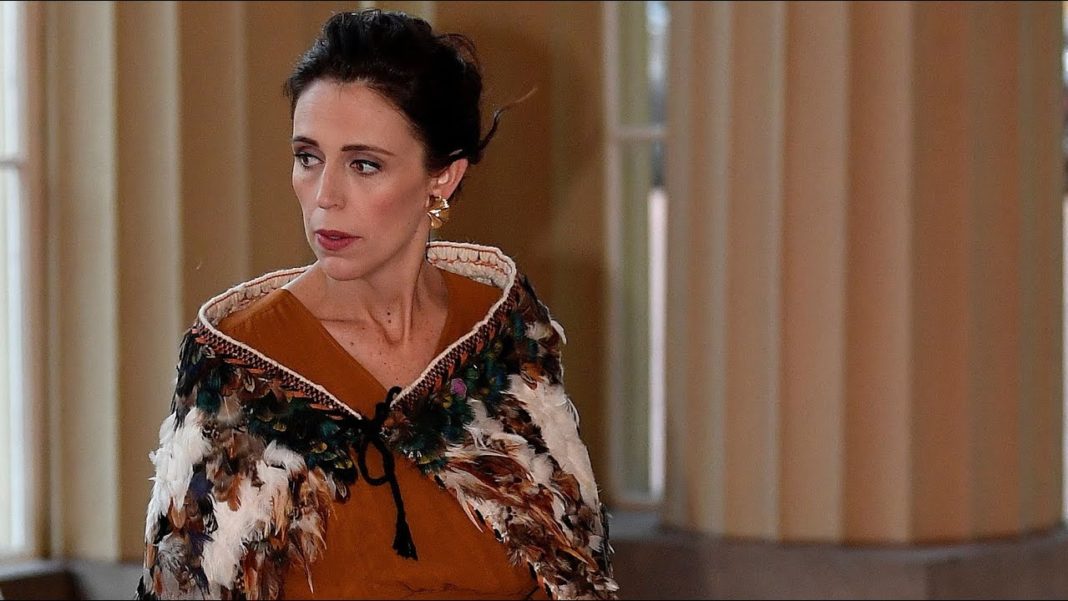 The Maori Party were slaughtered at the last election, with all the Maori seats going to Labour. You may be forgiven for thinking that this would mean that Labour looks after Maori, but we all know that is not true. Don’t get me wrong. I like race-based politics no more than you do, but I will admit that something needs to be done to improve some of Maori’s worse statistics – on child abuse, on incarceration, on education. I don’t know what the answers are, but with the very strong Labour vote, and the decimation of their own party, you might be forgiven for thinking that this government had all the answers to problems that might be seen as specifically Maori.

Well, they talked it up during the election campaign, but then again, they talked up a lot of things they couldn’t deliver. Chickens are coming home to roost here too.

Ms Ardern was welcomed by Kingitanga members as part as annual commemorations of King Tuheitia becoming the leader of the movement.

One of Maoridom’s youngest iwi leaders, Che Wilson, was the first speaker up during formalities and in his soft spoken way asked the Prime Minister to have courage on Maori issues – as she had courage in the aftermath of the Christchurch terrorist attack.

Che… an interesting name. I may not like raced based politics, but these guys had expectations of Jacinda Ardern’s government that are simply not being met… and we all know where this will end.

“You asked us to keep you to account at Waitangi this year. But every big issue with regard to Maori, it appears that you hide away.

Jacinda Ardern is learning a hard lesson when it comes to Maori, one that Helen Clark learnt over the Foreshore and Seabed issue. It is all very well to make promises during an election campaign, but Maori expectations are much higher than those of any other group. They see themselves as disadvantaged, and to some extent they are, but much of that is their own fault. Their grievances are based on claims from almost 200 years ago, and Jacinda now realises (as Helen Clark found out) that there is no way to ever satisfy them and make them go away. Their claims will probably never be satisfied, but even settling claims won’t stop the grievances. Nothing ever seems to do that.

The Prime Minister responded to media after leaving the marae, acknowledging Mr Wilson’s comments, saying she will continue to be present to engage on Maori issues.

“I heard that raised on the paepae, but at the same time I was there to hear it.

“As I said in brief remarks on the hard issues, be it Oranga Tamariki, be it issues around our prison population, be it Ihumatao, I will be there.

‘I will be there’ means nothing. It does nothing. It means she listens to their grievances and cannot solve them. Don’t get me wrong. I totally agree with the uplifting of Maori children by Oranga Tamariki, (the very name tells you where the problems lie), and I think she was woefully stupid by interfering in the Ihumatao issue when she stopped building work from going ahead. She created an expectation for the protestors that she simply cannot deliver without breaking the law and undermining all Treaty settlements agreed so far. Thus is the naivety and stupidity of our prime minister.

Helen Clark was a much more skilled politician, and Maori issues were a nightmare for her too. Jacinda’s government is doing nothing and it can only do nothing. She may turn up, listen, ‘be there’, but that is it. She can’t solve any of the problems, and she won’t. These problems are very complex, and they are way beyond the skills and abilities of any government led by Jacinda Ardern.

What saddens me is the expectations that she created. She has failed everyone who voted for her, and many who didn’t but who had some hope from this government.

Unless that is, you are one of Shane Jones’ nephs on the couch. Or someone who chooses a life on the dole rather than work. Then, I suspect this government suits you just fine. Just wait and see how well all that works out for the country.