Skip to content
How could you resist a face like that? The BFD. Photoshop by Lushington Brady.

Tasmanian devils have gotten a pretty bad rap over the years.

Their very name derives from their, uh, distinctive vocalisations. The cacophony of blood-curdling screams and growls echoing from the bush at night frightened some early settlers into believing they were hearing the devil himself. Later, in the mid-19th century, a bounty was briefly placed on devils, in the mistaken belief that they were sheep-killers.

In fact, apart from a bit of chook-stealing, devils are almost solely scavengers. One of the few mammalian specialised carrion-eaters, in fact. But that doesn’t mean they’ll eat any old dead stuff they find.

“It’s a scavenger’s job to just be a generalist and take whatever it can find,” said Professor Tracey Rogers, a researcher with the Evolution and Ecology Research Centre and the Centre for Marine Science and Innovation at the University of New South Wales.

“But we’ve found that most Tasmanian devils are actually picky and selective eaters — they’ve broken the laws of scavenging.”

Professor Rogers evaluated the dietary habits of 71 devils from seven sites around Tasmania by the seemingly odd method of analysing their whiskers.

As it happens, each bristle from a devil’s whiskers holds chemical imprints: stable isotopes, derived from the food they’ve eaten.

Surprisingly, only around one in 10 devils had a generalist diet — that is, a broad diet made up of whatever food was available and convenient.

The vast majority chose to dine mostly on their favorite foods, whether it be wallabies, possums or rosellas.

And, just like humans, these favorite meals varied from devil to devil.

“We were surprised the devils didn’t want to all eat the same thing. Most of them just decided, ‘No, this is my favorite food,’” said Anna Lewis, a Ph.D. candidate in the Evolution and Ecology Research Centre at the University of New South Wales and the Carnivore Conservancy.

Devils are the only known species of scavenger in the world with such fussiness. Which begs the question: why?

The team’s current theory is that the devils’ picky eating has something to do with them being on their own in Tasmania.

“Basically, it’s because they can. If you’re a scavenger in Africa, then you’re competing with all these other predators for food,” Professor Rogers said.

“But in Tasmania, there aren’t other predators around or competition for carcasses. Their main competition is just with each other.”

Like the apocryphal gorilla in the restaurant, it seems that the biggest devils eat just what they damn well please.

The scientists found that although fussy devils came in every shape and size, the heaviest devils tended to be the pickiest eaters.

This could mean the size of a devil is a driving factor in its choice of food, or alternatively, that specializing in certain types of food could help a devil gain weight.

Next, the authors are planning to take a closer look at why devils make certain choices in their diet — for example, are they selecting food consciously, opting for foods that other devils aren’t interested in, or simply choosing foods that are most in abundance?

“Our next step would be to look at why devils are tending towards certain foods, like pademelons and possums, and whether humans have a role to play in this specialization,” Professor Rogers said.

Luckily for the devils, humans are inadvertently supplying them with a steady supply of whatever takes their fancy.

Tasmania must surely hold the title for the Roadkill State. Visitors are often shocked by the sheer amount of roadkill on Tasmanian roads. It’s nothing to see a squashed possum, pademelon or roo every hundred metres or so on busy country roads. But, in a way, Tasmania’s roadkill load is an indication of just how populous its wildlife is: there’s a lot of roadkill, simply because of the sheer volume of wildlife. It’s nothing to see echidnas leisurely strolling across the road (although they’re less common as roadkill because they mostly move during the day and are slow enough to easily avoid), while a late-night commute in the country can be a veritable obstacle course of possums and wallabies.

Which all adds up to a smorgasbord fit for the fussiest scavenger. 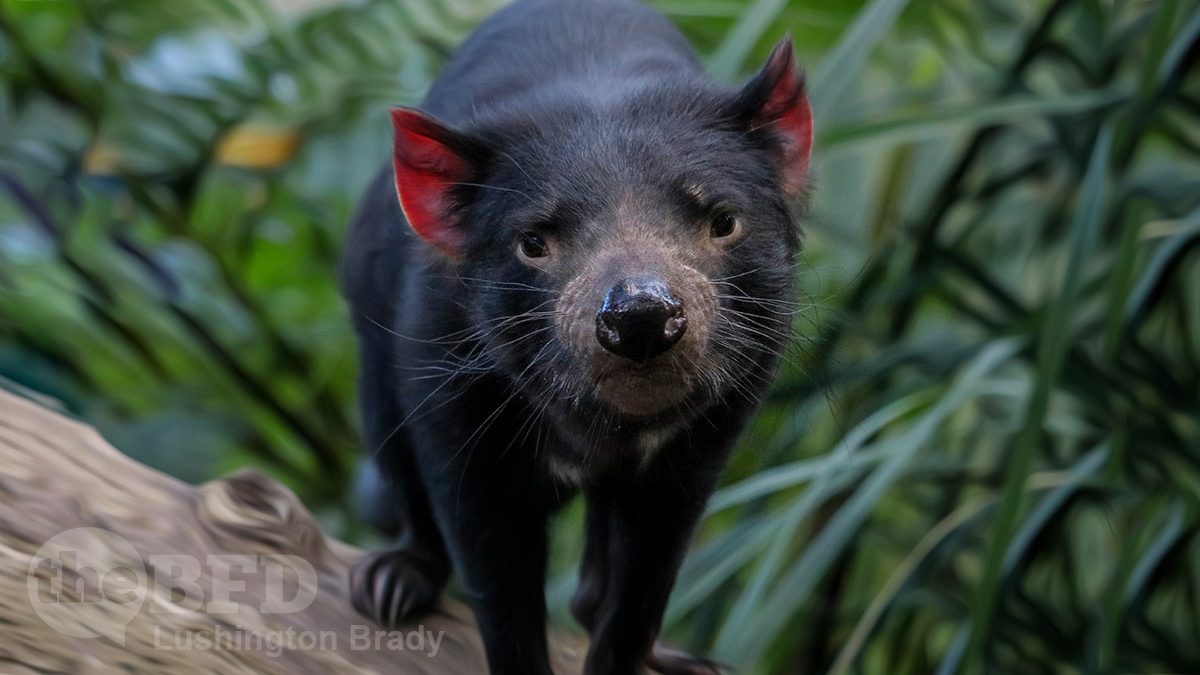