Paul Goldsmith has enraged the woke and racist Maori by suggesting, quite correctly, that colonisation was in fact beneficial to New Zealand and to Maori:

National’s education spokesperson Paul Goldsmith says while colonisation may have been “traumatic” for Maori, overall it has had a positive effect.

Speaking to Newshub Nation on Saturday, the National MP was asked about an opinion piece from 2019 discussing colonisation in which he wrote, ‘Did the good outweigh the bad? Surely, we have to say, yes.’

Asked if he thought the good has outweighed the bad specifically for Maori, the National MP replied: “The reality is that New Zealand was isolated from the rest of the world for centuries and at some point it had to reconnect with the rest of the world. And that happened in the 19th century was always going to be a very traumatic experience.

“But with it came all sorts of wonderful things, such as literacy, such as the freedoms and democracy that have come through… I think on balance it has, yes.”

Watch the racists in the Maori Party now try to cancel Paul Goldsmith. They certainly remind me of the People’s Front of Judea

The Iwi Whenua Aro O Aotearoa Discussion about the British Would Go Something like This:

Debbie: They bled us, the white bastards. They’ve taken everything we had. And not just from us! From our fathers, and from our father’s fathers.

Debbie: Yeah, all right Rawiri, don’t labour the point. And what have they ever given us in return?

Ngahiwi: And the sanitation.

Rawiri: Oh, yeah, the sanitation, Debbie. Remember what the pa used to be like.

Debbie: Yeah, all right, I’ll grant you the Treaty and sanitation, the two things the British have done.

Rangi: And the roads.

Debbie: Oh, yeah, obviously the roads. I mean the roads go without saying, don’t they? But apart from the sanitation, the Treaty, and the roads…

Rawiri: And it’s safe to walk in the streets at night now, Debbie.

Rangi: Yeah, they certainly know how to keep order. Let’s face it; they’re the only ones who could in a place like this.

All revolutionaries except Debbie: Hahaha…all right…

Debbie: All right, but apart from the sanitation, the medicine, education, beer, public order, irrigation, roads, the fresh-water system, the Treaty and public health, what have the British ever done for us? 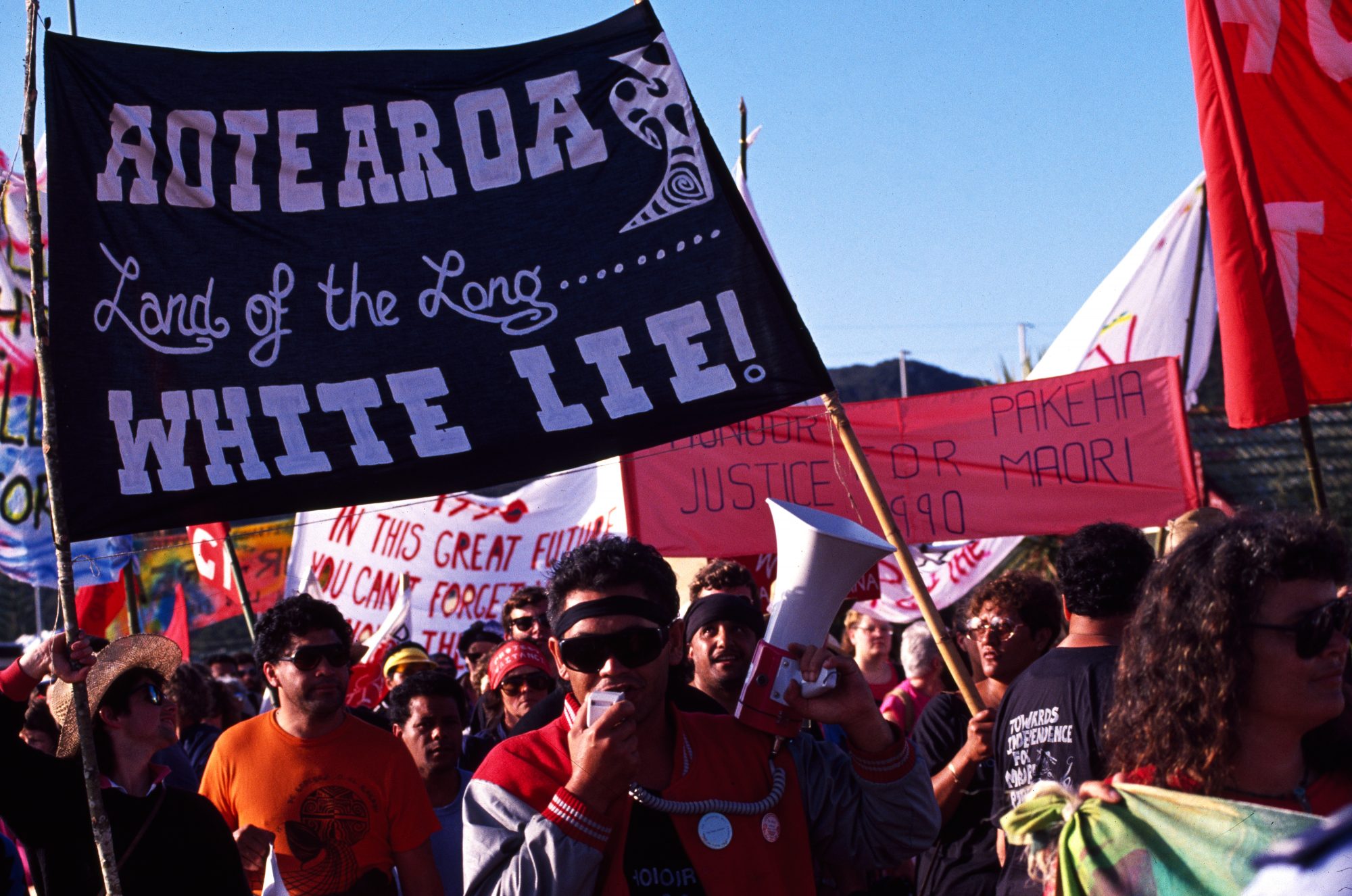