On Monday I wrote an article on how we are being fed the big scary numbers, probably in an attempt to keep us all fearful and therefore compliant. I argued that the numbers involved, in New Zealand at least, are very small and that we really don’t need to be in level 2 let alone 3 or 4.

Well, funnily enough, a quick check of the Ministry of Health website on Thursday reveals a change in the way some of the various graphs are presented. Last week, for instance, the Total Cases by DHB graph was delineated with the Southern region at the top, having had the highest total number of cases, even though Southern didn’t have the greatest number of active cases. Today though, things are lined up geographically from North to South. Much better, well done MoH, thanks for listening, we’re always here to help.

The other graph that has changed is the Total Cases by Ethnicity. Whereas that graph used to have the ethnicity with the largest number of cases (European or other) at the top, graduating down to the lowest number of cases (unknown), for some reason the group at the top of the list is now Maori.

I have absolutely no idea what the justification for this one is. Maybe they are just special?

Interestingly one other change to a list is the Significant Clusters in NZ one below. On Monday that list didn’t show a ‘Recovered to Date’ column so that’s another positive. We can now see clearly that most of the clusters are over and done, most with only a small percentage shown as still infected, but remember that many of these will be in the non-proven ‘probable’ list so may well not even have had the virus.

While we’re here we might as well have a look at the numbers. As at 9am on the 23rd, New Zealand was suffering under the weight of a total of 47 active confirmed cases. Again I have no intention of counting the ‘Probables’ as they are just a guess.

Our hospitals are clearly almost overwhelmed with 11 people being looked after there. Yes you read that right, as at 9am Thursday there were just eight people in hospital with COVID-19. One of them was in an ICU room. Gosh, I hope we can cope.

What this list shows is there are quite a lot of regions that haven’t had any confirmed cases for quite some time. Taranaki hasn’t had a confirmed case reported since the 1st of April, Hutt Valley since the 2nd of April, Nelson Marlborough since the 5th of April and Waikato since the 11th of April. The cases for West Coast and Wairarapa are so old they aren’t even on the list anymore.

Seriously, is there a reason why these districts need to still be under the onerous restrictions of either level four or even three?

As far as I am concerned even level two would be over the top. How long before paper cuts, bee stings or shark attacks take over as the more fatal scenario? 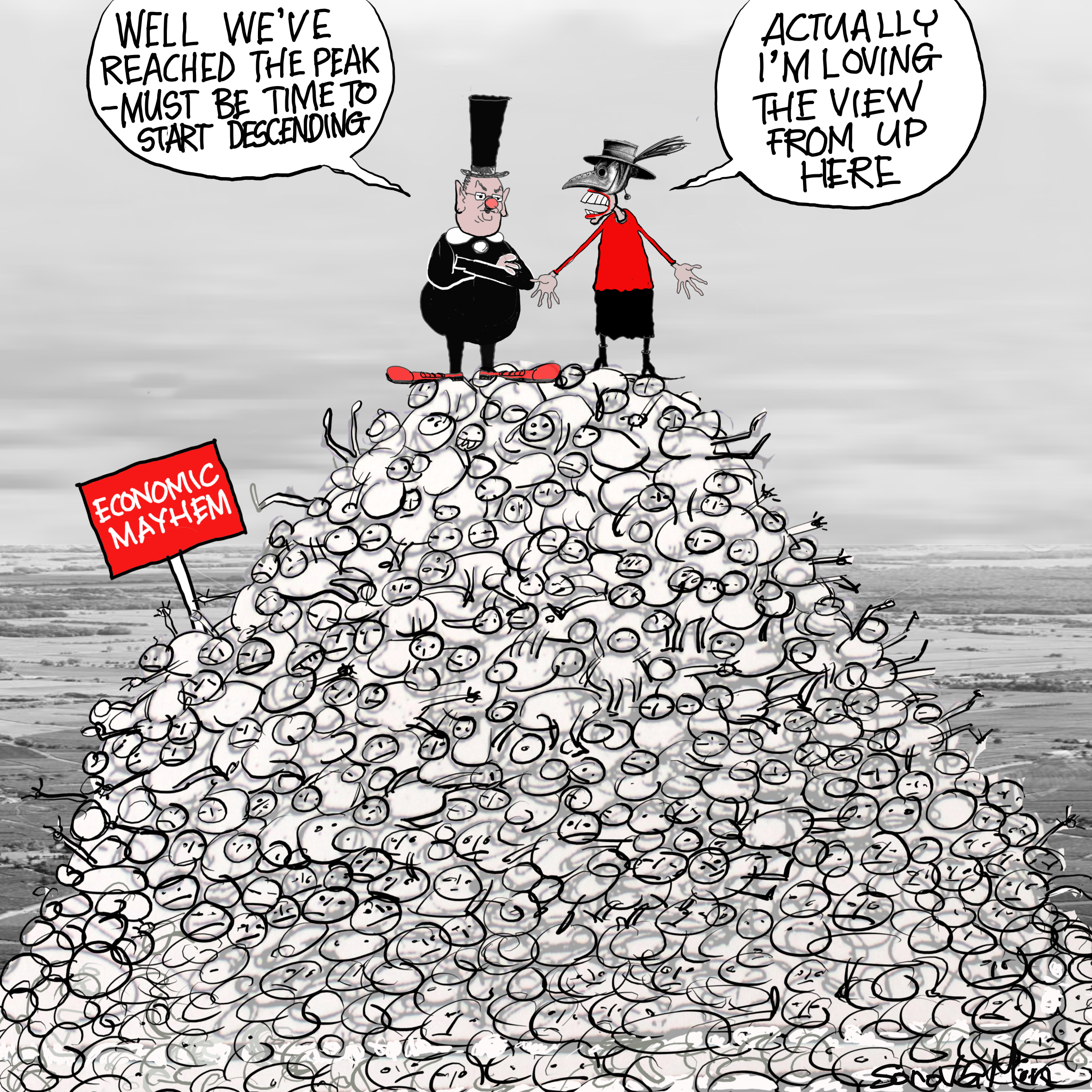