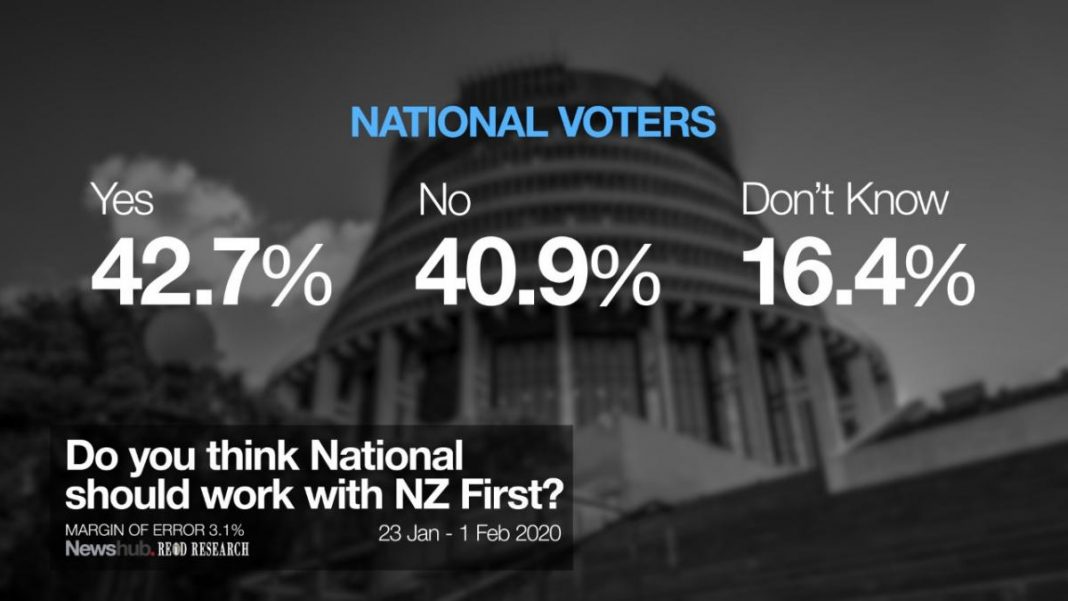 The Newshub/Reid Research poll had another piece of bad news for Simon Bridges. The voters don’t like his captain’s call over NZ First. Worse, for Bridges, they actually want them to work together.

With the latest Newshub-Reid Research poll showing National and Labour neck-and-neck, National has taken a huge gamble ruling out forming a coalition with New Zealand First.

And voters don’t back the call – well, the voters that count for Simon Bridges: National and New Zealand First voters.

When Newshub asked voters if they thought National should work with New Zealand First, more National voters said yes they should work together than no – 42.7 percent to 40.9 percent.

New Zealand First voters were even keener on the parties working together – more than half said yes they should, compared to 35.6 percent saying no.

But Bridges says he still thinks he made the right call.

“Ultimately I had to do what I believe is right,” he told Newshub.

What if he was wrong?

Bridges is adamant that his decision will galvanise his voters and bring them back to National.

But given just how many of those voters thought National should work with NZ First, it could prove a risky move.

Back from where? That comment just shows his wonky thinking. Any votes he is going to get back have already happened. There aren’t any to get back. Talk about deluded.

Looks like the rooster may become a feather duster.