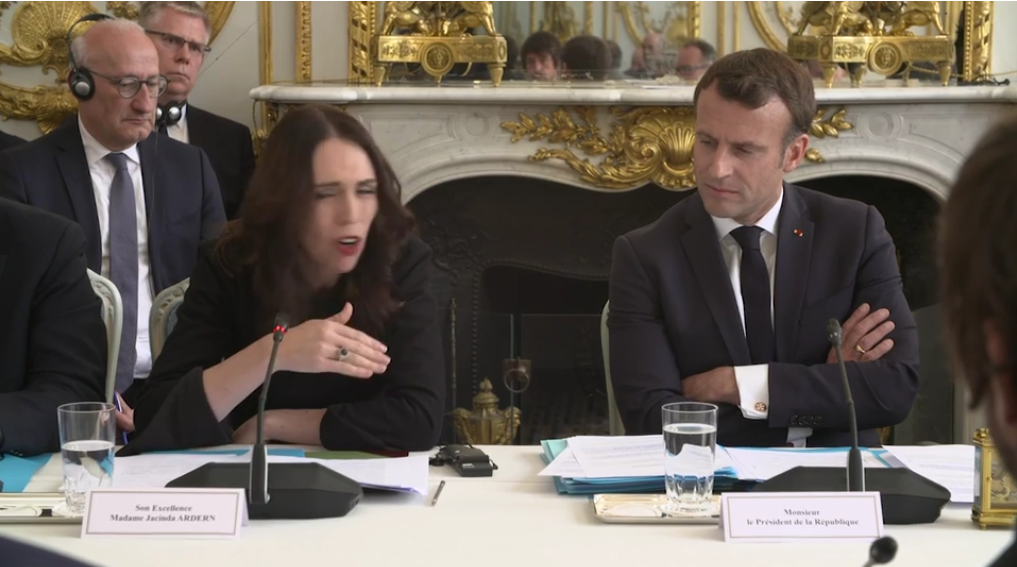 Avert your eyes, believe me; it’s for your own safety. You may be blinded by the sight of Ms Ardern displaying her ‘international leadership’ credentials, because from what I know of them they won’t cover very much at all. Here’s hoping, fingers crossed, she reveals herself behind a screen rather than in front of one.

“The prime minister has secured an important bilateral meeting with US President Donald Trump. Tick.”

Well; isn’t Luke just the master of important-sounding words – a ‘bilateral meeting’ – gosh, I wonder what a unilateral meeting would look like; just Jacinda standing alone in a room talking to herself? Although the truth is that it would do about as much good.

And that very stupid sentence perfectly encapsulates the far-Left’s agendas and attitudes. A meeting with the leader of the strongest economy in the world, a great opportunity to pitch for increased access to a lucrative market is ‘important’, but not the ‘substantial’ reason for Ardern’s visit to what, she imagines, is her own personal Glee Club at the wretched and rotten forum known as United Nations.

Her condescension towards President Trump was well-framed by Newshub’s Jamie Ensor:

Leadership, that ain’t. Nor wisdom or professionalism, nor common courtesy; in fact it’s stupid, but stupid is as stupid does.

Mr Malpass gets to Ardern’s actual ‘message’ with a positively ghoulish preamble that, although entirely inappropriate, accurately sums up Ardern’s ambition to forge the Christchurch murders into a personal yardstick to measure her ‘leadership’ by:

Yes; you read that correctly – the saintly woman fully intends to ‘exploit’ a murderous rampage. I guess you gotta’ do what you gotta’ do; poor thing. I should feel sorry for her, but I don’t.

I feel only contempt for the person sucked into an evil scheme euphemistically re-branded after the awful event in Christchurch but which was hatched by soul-less Macron of France a long time ago under the sinister but more accurate title “esprit de vigilance constructive” – “the spirit of constructive vigilance”. It seeks to unleash citizen against in a battle of the snitches. Facebook only signed on to it to avoid the stand-over threats calling for the company’s break-up by the EU, engineered by France’s repugnant socialist bloc.

Ardern is a simple pawn, just a useful idiot, in pushing these reprehensible proposals, the systematic and quintessentially socialist suppressions of free expression that she hopes to champion and take ‘credit’ for.

I wish her nothing but complete failure, because, as with stupid, failure is as failure does. Attempting to burnish her moral and ‘leadership credentials’, and personal career options, on the bodies of the buried put down by a maniacal and extremely monster, a total stranger to the country where his crimes were committed, is the ultimate in failure. That’s neither morality nor leadership; it’s positively macabre.

The BFD Nightcap: WW2 Ball Turret with Twin .50 Cals at the Big Sandy...

The BFD Video: Why the WEST is in DECLINE

A Candle of Free Speech Flickers in Darkening Britain

The BFD Wisdom: The Elephant Rope

The BFD Map of the Day: Funny Google Street View

Questions to Ministers TAMATI COFFEY to the Minister of Finance: He aha ng? r?poata hou kua kitea e ia m? te ?hanga o Aotearoa?         Translation: What recent reports has he seen on the New Zealand economy? Hon SIMON BRIDGES to the Prime Minister: Does she stand by her statement when asked…
Read more

Are we Ready to Stop Giggling at Mayor Pete’s Butt yet?

[...] Nearly 80% of Americans would vote for a gay president [...] On the other hand, the persistent giggling and nudging and winking whenever Buttigieg’s name comes up suggests something less than cosmopolitan sophistication.
Read more