The BFD | Media news | News Zealand | views
More
Home General Law Why Are The Simple Fixes Not Getting Done? 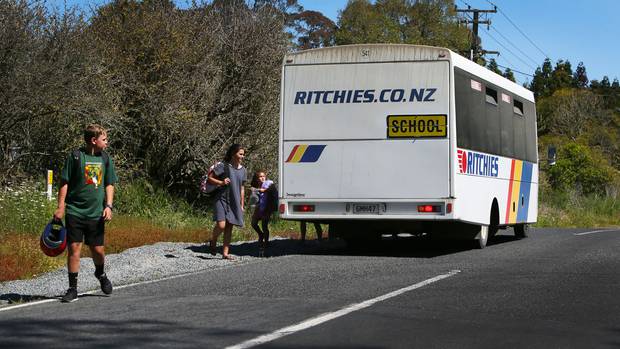 About a year ago, I was driving my ute toward home along the long 100km/h rural road that I live on when I came upon a strangely parked school bus on my side of the road. Now I am pretty careful with school buses as I have attended more than my fair share of incidents where kids have been clobbered crossing the road next to the bus.

But something struck me as weird about this. You see the bus never stops in this spot normally so my immediate reaction was that maybe it had broken down. I could not see any people on the bus either. Then I realised that it was indeed a Saturday and the likelihood of this actually being a bus that was carrying children was reasonably slim.

But it was the presence of an unmarked Police car just a little further up the road that encouraged me to realise that this was a set up. My suspicions were then immediately confirmed when my radar detector let me know that I had a concentrated beam of radio waves pointing directly at me.

By this time I had already slowed and I checked my speed on my GPS as I went past the bus. Sure enough I was hailed in by a 14-year-old looking Cop who had been waiting expectantly on the side of the road, who then advised me that I had just passed a school bus and enquired as to what speed I was doing past it.

“Seventeen kays per hour” I honestly and knowledgeably replied. To which he replied, “I don’t think so”. My suggestion that he might like to check with the officer in the patrol car as he had just checked my speed was met with a look of disdain that could be only matched by Chloe Swarbrick muttering “OK boomer”, however he deigned to look over and his mate dutifully gave him a ‘thumbs up’ thereby clearing me of any wrongdoing.

Strangely I still got a mini lecture on the perils of speeding past a school bus but the young fella finally gave up and let me go after I suggested that I had attended more fatal crashes than he had had carnal relations [not exact words used], and that it might not be best to write any tickets out during their little sting operation as the law stated that the speed limit past a school bus only applied when said bus was picking up or setting down school children and as this was clearly not the case, the speed limit past said school bus was in fact 100km/h at that time.

Now good on my local Police for having a crack at educating the motoring masses. I fully support them in this endeavour, the problem is they are stymied by useless vague law.

As mentioned the speed limit past a school bus is 20km/h but only when passing the bus and only when vehicle is stationary and in the process of picking up or dropping off kids. The problem is that if the bus is moving at only 1 km/h after dropping the kids off, or there are no kids to pick up or drop off, no lower speed limit applies. And there seems to be no definition of passing in the legislation so there is a huge grey area there too.

So I got to thinking. How hard can it be to write some decent legislation around this area? The USA have a simple version, they display a stop sign on the ends of the school bus and if you go past the stop sign, you have committed an offence and are liable to be fined. In Texas the fine is $1250! Of course their school buses are dedicated vehicles and are painted bright yellow so they stick out like the proverbial dog’s danglies. Consequently, everyone stops and the kids are a bit safer.

But in my head it didn’t take long to come up with a solution. New Zealand is a little country and we are not likely to ever have completely dedicated school buses, so a different solution needed to be found. I quickly invented a new LED 20 km/h speed limit sign to be shown on either end of the bus as it was slowing down. It could be operated by the driver or automatically and could be used say when the bus got below 40 km/h in order for people to have time to react and come to a halt gently rather than the current situation where people don’t want to brake hard when they see a school bus in case they get rammed from the inattentive driver behind.

However it turned out that my extensive ten minutes of thought re this simple issue was for nought. It seems that my sign had already been invented, way back in 2010 by the good folk at Transport Engineering Research New Zealand Limited (TERNZ) who had various versions of said sign developed and tested.

The report is here for those of you who like that sort of thing but the upshot was that an LED 20 km/h limit sign, with flashing yellow lights to highlight it, placed up high on the bus, and with the standard ‘school bus’ sign also visible was most effective at encouraging drivers to slow down past the bus.

TERNZ have put out various papers and recommendations in relation to these type of issues and although I have concerns around the validity of some of the science and methods used to gather their stats, they are on the right track.

It seems that their report was triggered following several Coroners recommendations following deaths of children at school bus stops. So what’s been done since?

For seven years National did little to sort out this simple problem. For a further two years, the CoL have also done next to nothing. It shouldn’t be left to the bus companies to come up with their own disparate solutions.

And another child has died. 12-year-old Hinerangi Iesi was hit and killed by a truck on SH1 near Houhora last week.

Tywford and Genter are always going on about getting good value for money in relation to their road safety decisions, and yet these legislation updates and bright LED signs would have to be one of the most simple, cost effective solutions available.

National failed wee Hinerangi, and Labour/Greens/NZ First have too. Why is it that the cheap simple fixes like these $500 signs are being ignored when millions of dollars are easy to find to fund boondoggles like fart sniffing satellites?