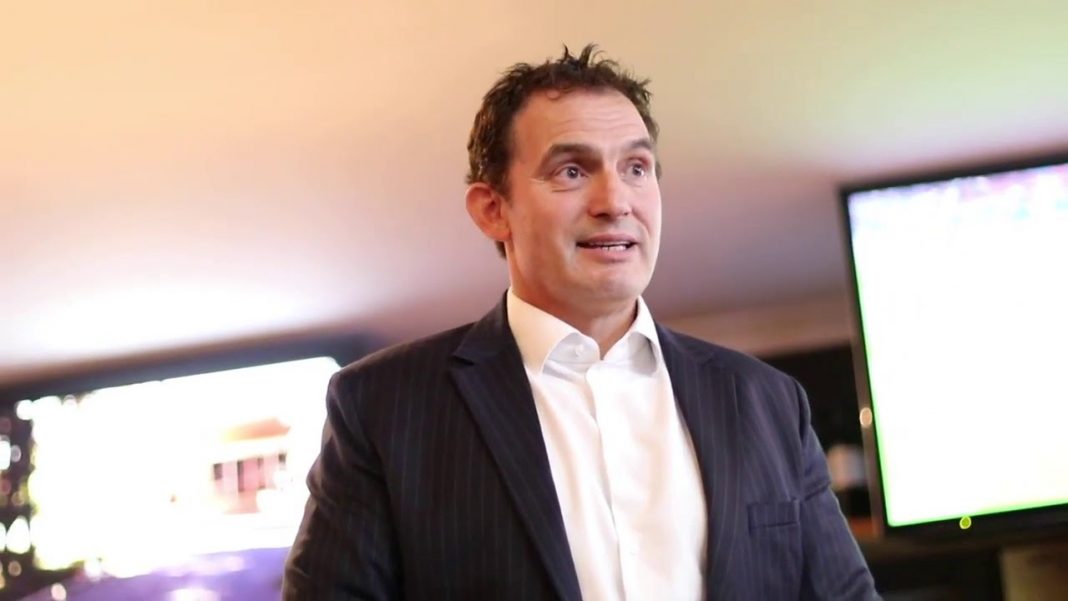 Before Stu Nash became a minister he consulted widely on matters. He gave the impression that he cared to listen, and that he cared about what voters thought. He often went out of his way to show that by posting promotional videos showing him being down with the voters.

Since he has gained office, however, he has become arrogant and doctrinaire, and he has stopped listening to the voters who put him there.

One classic example is the debate around firearms. Stu Nash held a public meeting at a bar in Napier and asked licenced firearms owners what it was they’d want from him as a Police minister.

In the video, he is heard to say that “registers don’t work” and that Arms Act amendments would need to be put through parliament rather than via regulation i.e. Orders in Council.

The video is illuminating as it shows LFOs telling Stu Nash about the pitfalls of the then current system, including how the existing register is alarmingly out of date. LFOs explain how they often have to correct the information already held by Police. These are the same Police who are now, despite no evidence anywhere in the world that a gun register is an efficient crime-fighting strategy, pushing hard for a register. Stu Nash is heard to say that registration “doesn’t work” [9’15”]. He adds that “in terms of keeping guns out of the hands of criminals, it doesn’t work”. This is in stark contrast to his current position that a register is necessary to keep guns out of the hands of criminals.

Nowhere in the world has a register stopped criminals obtaining firearms. In fact it places existing LFOs at serious physical risk if data is leaked from such a register. The government blithely states that LFO privacy and data will be “protected by the Privacy Act”. The Police have already put LFOs at risk by allowing the private details of LFOs to be left open to the world for anyone to see. Numerous police officers have been prosecuted for illegally using Police databases to access information which was then sold to criminals. Adding 250,000 LFO gun details simply makes that information very valuable to criminal organisations, awash with cash, to obtain.

Stuart Nash and Jacinda Ardern are going to have to tell people during an election year that they’d rather spend money on a gun register than fully funding ambulance services, or getting more hip replacements for older voters, or paying teachers and nurses more.

Stu Nash also states in the video that he won’t allow Police to change gun laws by regulation. He states that he wished to take “things out of regulations and putting it into the Arms Act” and “whenever the Police wanted to change the rules it would have to be an amendment to the Arms Act and it couldn’t be done through regulations, i.e. MPs don’t debate it and New Zealanders don’t even submit on it.” [11,00″]

Since becoming minister he has made wholesale changes to the Arms Act in exactly the manner he said he never wanted to do. His own words make him a liar. There was no clear and present danger that necessitated such wanton abuse of the regulatory powers available to ministers and Police.

Since March 15 Stuart Nash stopped listening to experts and instead acted against his own previous statements. Multiple regulations have been passed and in many instances they were so error-ridden that amendments on amendments to the regulations were needed. This is precisely why using legislation rather than regulation is necessary. The bans of firearms have not been as he has stated of “guns designed purely to kill people”. The banned list went far wider than anyone ever imagined to include lever-action pig hunting and bunny guns, duck hunting shotguns and collectors heirlooms. It was a knee-jerk reaction that failed to achieve the stated goals. Sadly it is now our Police who are roaming the streets carrying firearms “designed purely to kill people”.

The sad part on all of this is that the words immediately after his comments about regulation have again been proven a lie by the minister’s own action. He stated, “We entered this in good faith, I didn’t start this by saying ‘OK how can I can best piss off 200,000 Kiwis.” Well, he has successfully pissed off 250,000 LFOs and any good faith that he once enjoyed from those voters and their families is now gone forever. Stuart Nash published that video in April 2017 and since becoming a minister has broken every single pledge he uttered during that short video. He has repeatedly used regulations to change the Arms Act, he has proposed a gun register despite knowing that they don’t work in any way as a crime-fighting tool, and he has broken good faith and pissed off 250,000 LFOs and their families.

Stuart Nash should hang his head in shame. If he were an honest politician he’d admit that he lied to those people at the Shore Inn nearly three years ago. It seems though that he will continue to blunder on, potentially costing taxpayers literally hundreds of millions dollars that sadly won’t save a single person. Conversely spending that money on fully funding an ambulance service could save many thousands of lives.